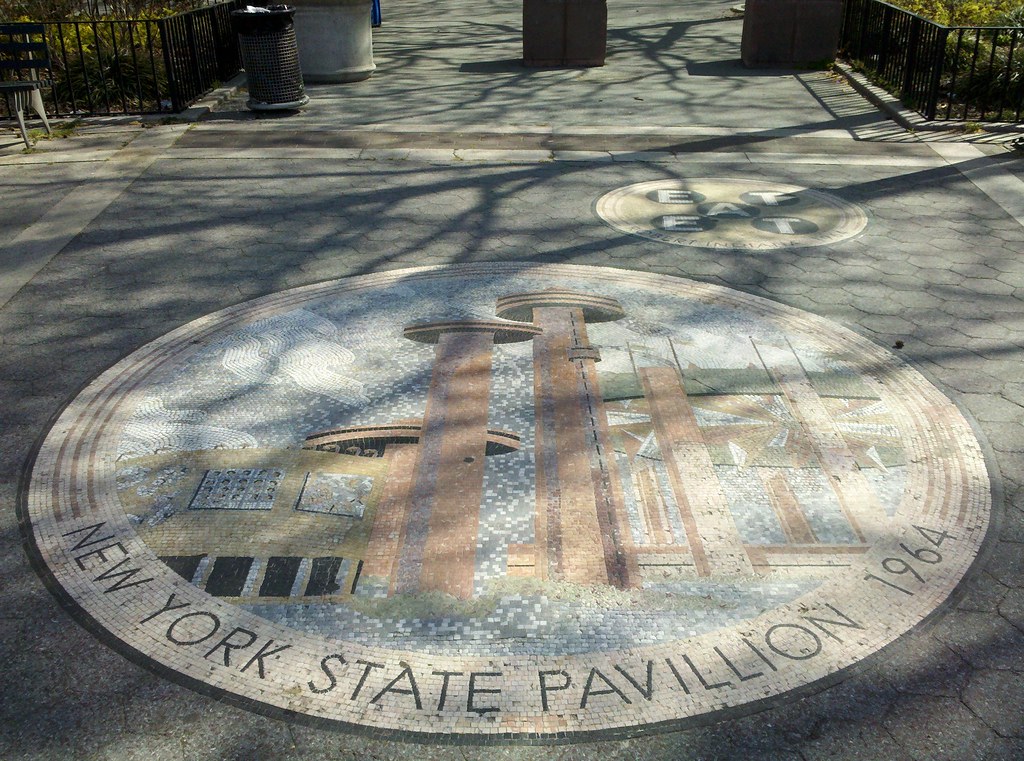 You can see Warhol's Thirteen Most Wanted Men displayed on the wall of the Theaterama! (If you have no idea what I'm talking about, see the previous post.)

The smaller mosaic in the upper right recalls another artwork exhibited at the NYS Pavilion: Robert Indiana's EAT sculpture, which accidentally attracted throngs of hungry fairgoers who mistakenly assumed it was a sign for a restaurant.

Tying this all together, Andy Warhol once shot a film entitled Eat, which features Robert Indiana eating a mushroom for 45 minutes.