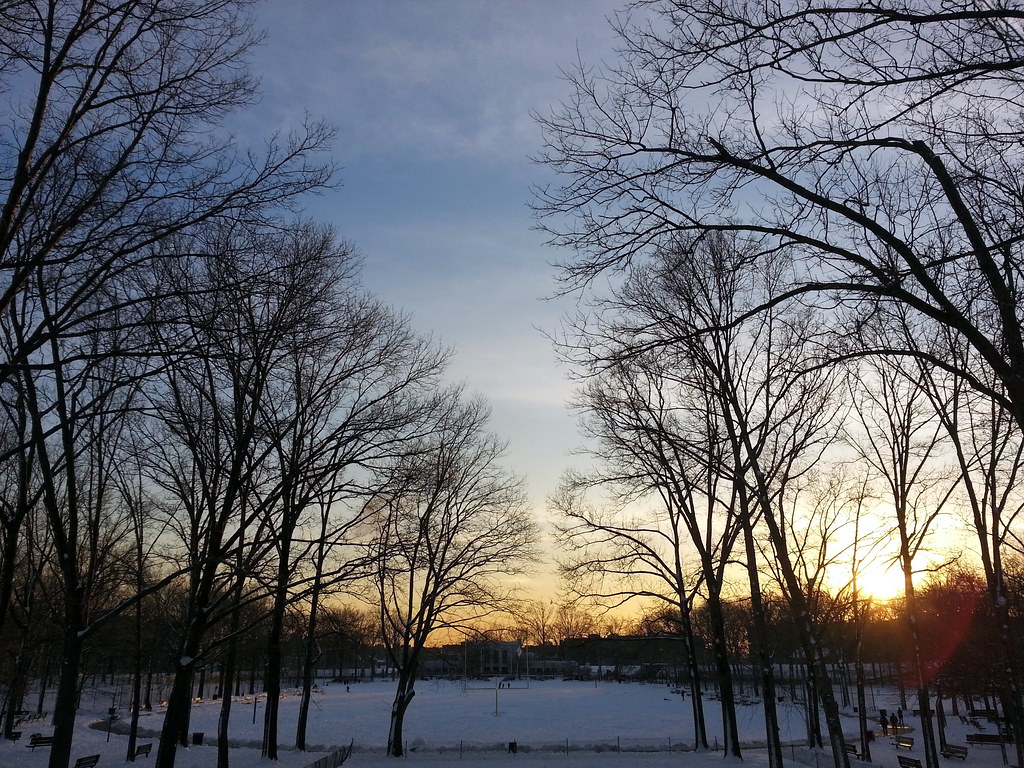 This park sits on top of the former Williamsbridge Reservoir, opened in 1888 to provide water, piped in from the Bronx and Byram Rivers, to the West Bronx, which had just been annexed by New York City in 1874. By 1919, the reservoir was no longer needed and was taken out of service, but it continued to be used as an emergency backup (and unauthorized neighborhood swimming hole) until being drained in 1925.

Robert Moses wanted to turn the site into a massive sports amphitheater with a seating capacity of 100,000, but this plan was shot down by local residents. Instead, the reservoir was partially filled in and converted into a public recreational facility; the opening ceremony in 1937 concluded with a race featuring Glenn Cunningham, the world-class track star who had managed to overcome a horrific childhood accident that left him burned and scarred and unable to walk for many months.