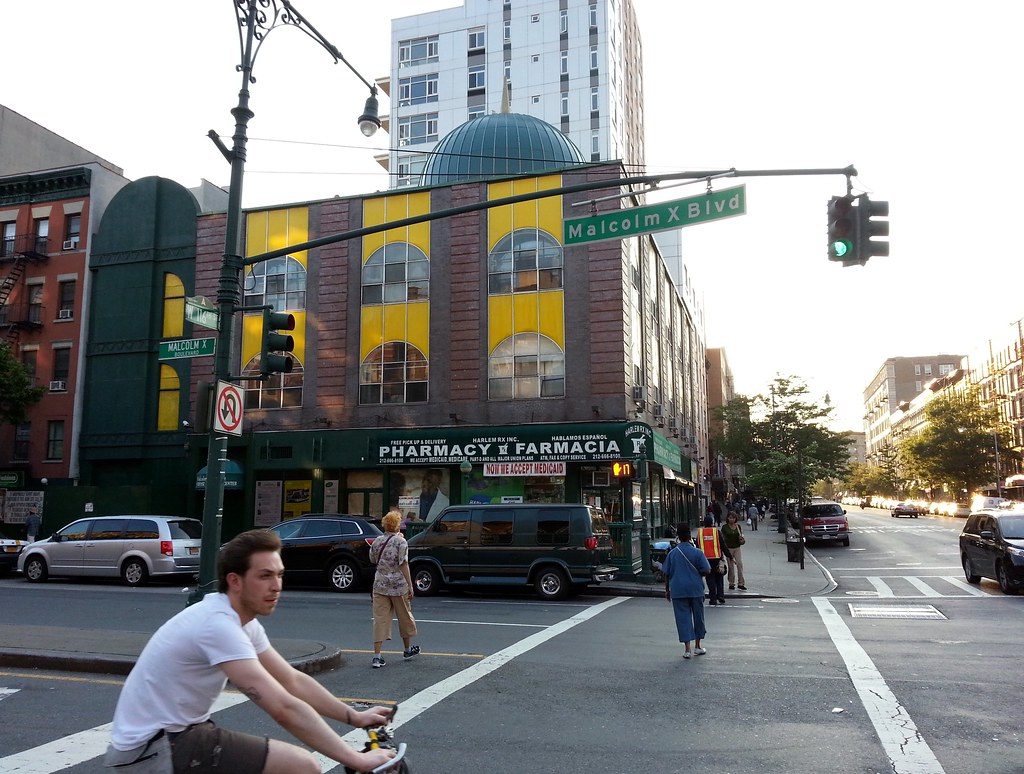 The Lenox Casino, built in 1905, once stood on this corner. In 1912, police raided the place after discovering an audience of hundreds of men gathered here to watch "hot stuff", a.k.a. "moving-picture shows of a questionable nature" featuring "a wide variety of questionable poses".

The casino was later transformed into the Nation of Islam's Temple No. 7, led by Malcolm X. Malcolm left the Nation in 1964 and was succeeded here by Louis Farrakhan. After Malcolm was assassinated by three members of the Nation a year later, the temple was destroyed in a bombing. The Nation relocated the temple elsewhere, and the Sunni Mosque you see above, named in Malcolm's honor, was erected a few years later, designed by a man named Sabbath Brown.