The mansions of Gravesend 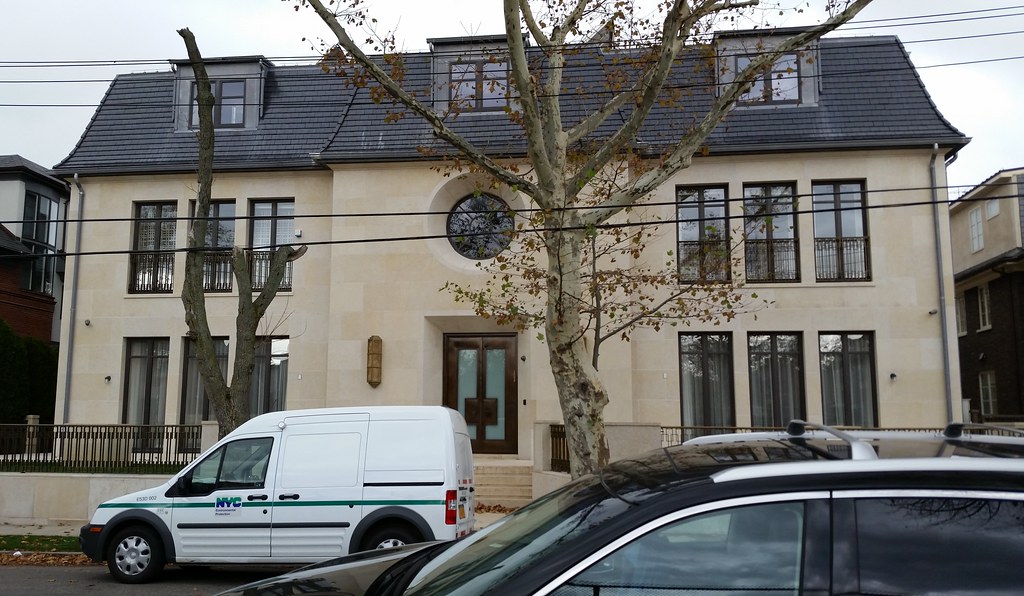 This is one of many enormous houses (satellite view; Street View) in a section of Gravesend populated by some of the wealthiest members of Brooklyn's extremely insular Syrian Jewish community.

I was surprised to learn that Eddie Antar is a longtime resident of this community (not counting the years he spent in federal prison). Mr. Antar was the head of the Crazy Eddie retail electronics empire of the 1970s and '80s that was famous for its over-the-top TV commercials ("His prices are insane!"). Once a seemingly thriving business, Crazy Eddie collapsed in the late 1980s following years of tax fraud and securities fraud perpetrated by its psychopathic management. In the words of Sam Antar, the company's CFO and Eddie's first cousin:

The first fraud was designed to evade taxes before we went public, by understating our profit. And after we went public, we did the opposite—we overstated our income to inflate the stock price and sell stock based on that inflated price. We committed our crimes at Crazy Eddie for fun and profit and simply because we could. We had no empathy whatsoever for our victims. During my 16 years at Crazy Eddie and two years spent covering up our crimes after being terminated from the company, I never had a single conversation with any of my co-conspirators about morality or the suffering of our victims. Our conversations focused solely on the successful coldblooded execution of our crimes.