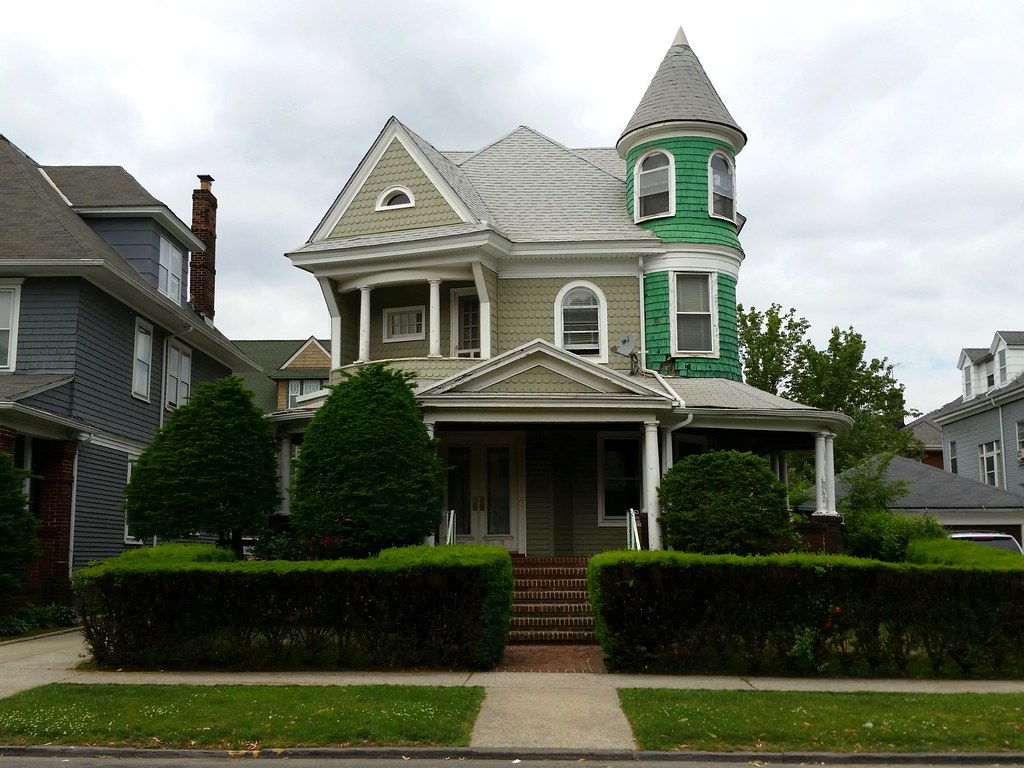 The turret serves as a reminder of what color the entire house used to be.