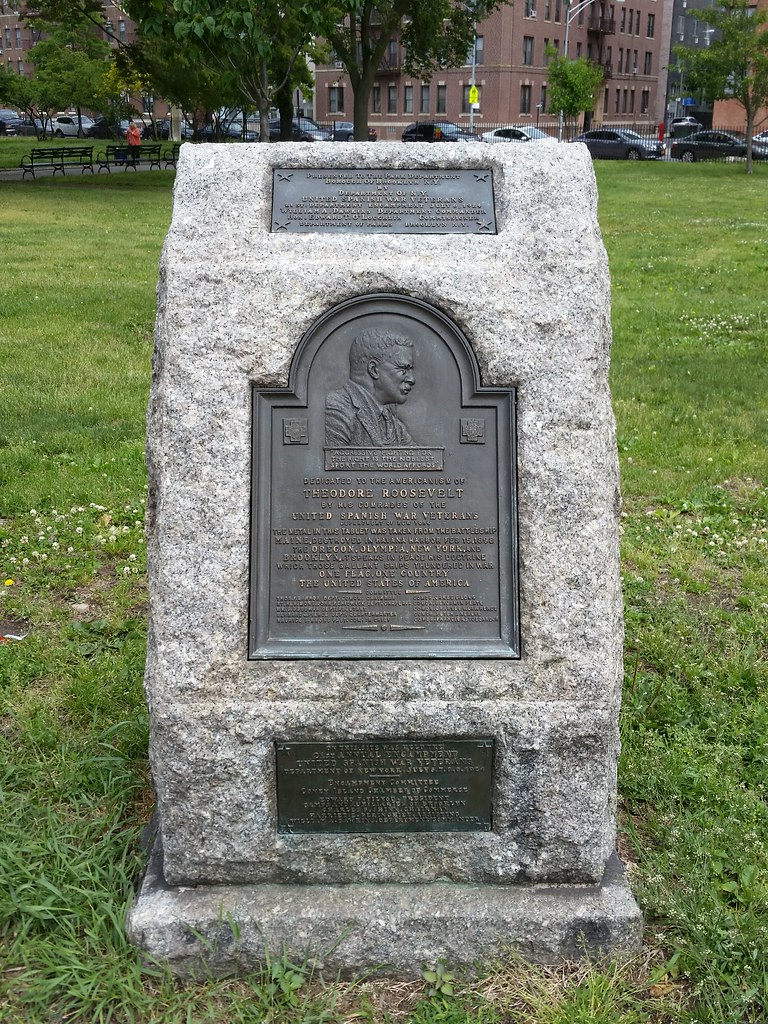 "Dedicated to the Americanism of Theodore Roosevelt", this memorial (close-up) in Asser Levy Park (formerly known as Seaside Park) was unveiled in 1925 by the United Spanish War Veterans' Department of New York, the department having held its 21st annual encampment here in Coney Island the previous year.

The central tablet is made from metal taken from the warships Maine, Oregon, Olympia, New York, and Brooklyn. (The explosion of the Maine in Havana harbor in 1898 was a catalyst for the start of the Spanish-American War, while the Oregon, Olympia, New York, and Brooklyn all served in the war.) The department created the mold for this tablet around 1920 with the intent of presenting a copy to each city that hosted its annual encampment.

(We've previously seen a Maine memorial plaque that was cast from metal recovered from the Maine — as well as a version of that plaque that apparently was not.)