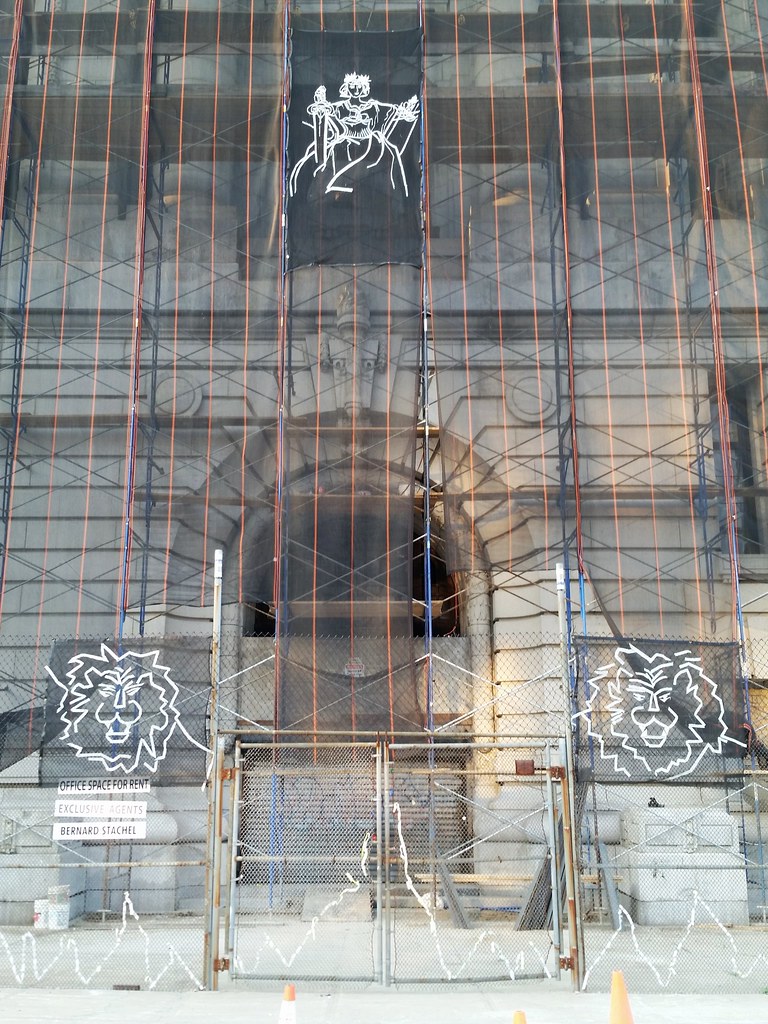 Vacant since 1978, the old Bronx Borough Courthouse is currently undergoing a $10 million renovation. One of the owners hopes to reopen the building by 2017, although he doesn't yet know what it will be used for.

The figures "drawn" on the construction netting are part of an art exhibition that has opened the former courthouse to the public, if only temporarily, for the first time in almost four decades. At the top of the photo is a two-dimensional version of the Lady Justice statue that lies beneath the netting. The two maned lion heads at the bottom made me wonder if the artist was suggesting that lion statues once stood atop the empty pedestals flanking the entrance, à la Patience and Fortitude. This old photo of the building shows that there were no lions, however, but rather what appear to be light fixtures.