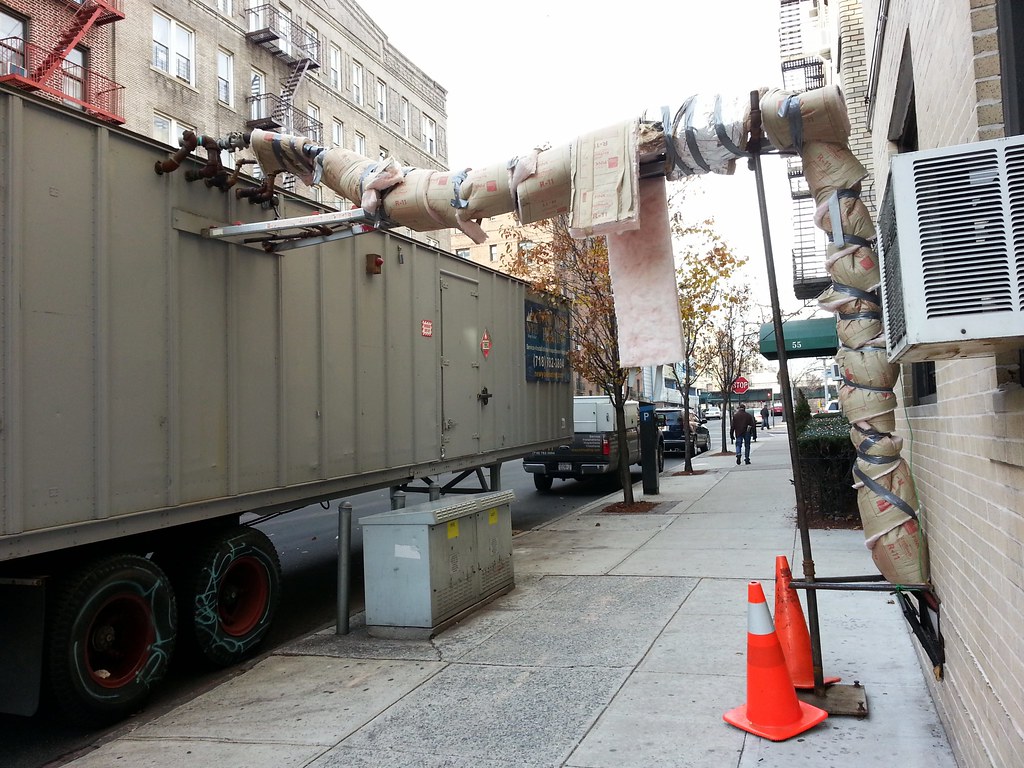 As fall turns to winter, this very professionally installed boiler-in-a-trailer is bringing some warmth to the residents of an apartment building that seems to have a history of implementing jury-rigged solutions to remedy its deficiencies. 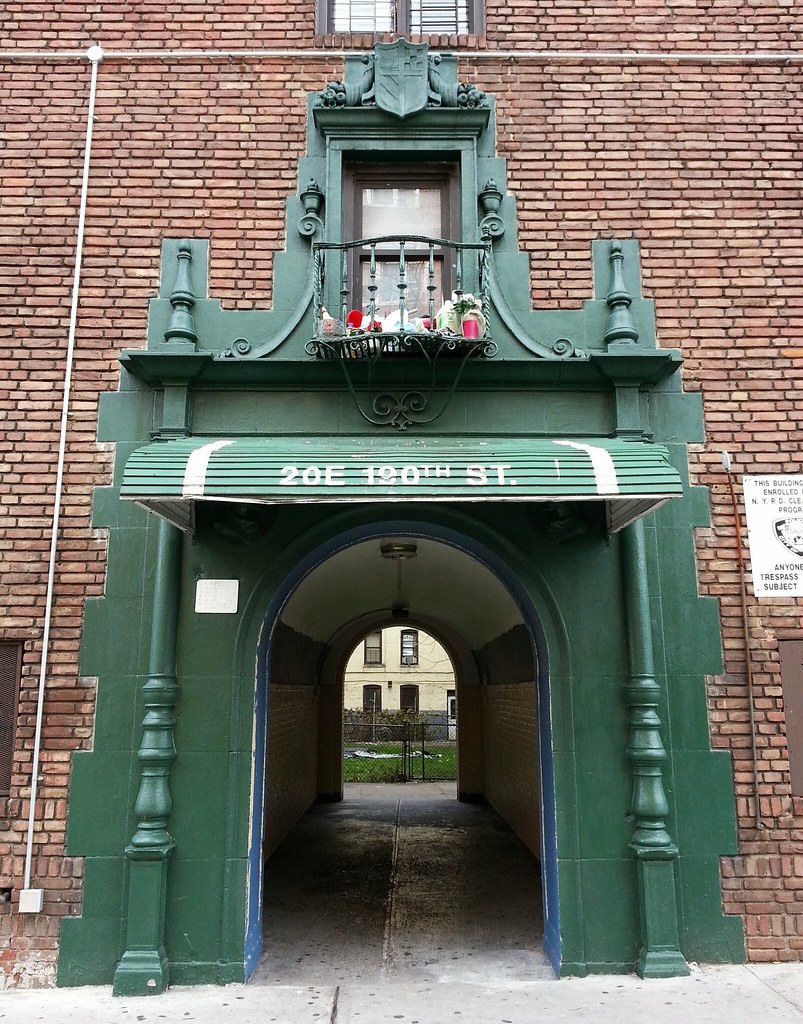 The flock, hungry for some spiritual guidance 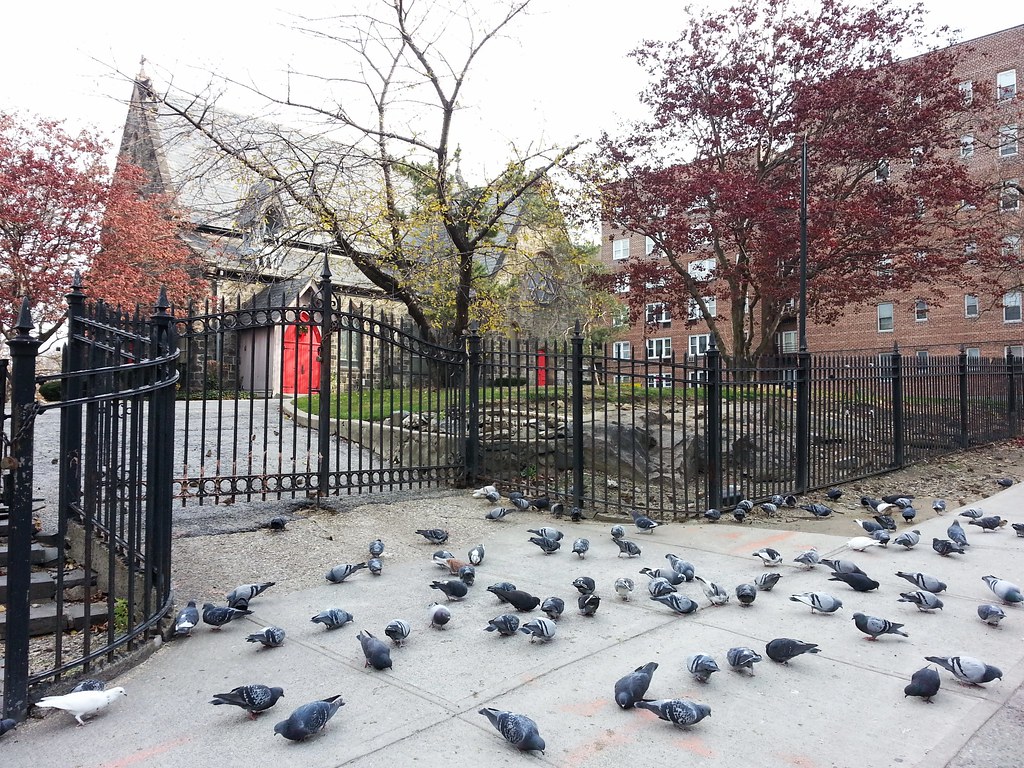 The Church of St. James, in the background, is a beautiful mid-19th-century Gothic Revival structure particularly notable for its stained-glass windows, which include works by Louis Comfort Tiffany and the Royal Bavarian Stained Glass Manufactory. 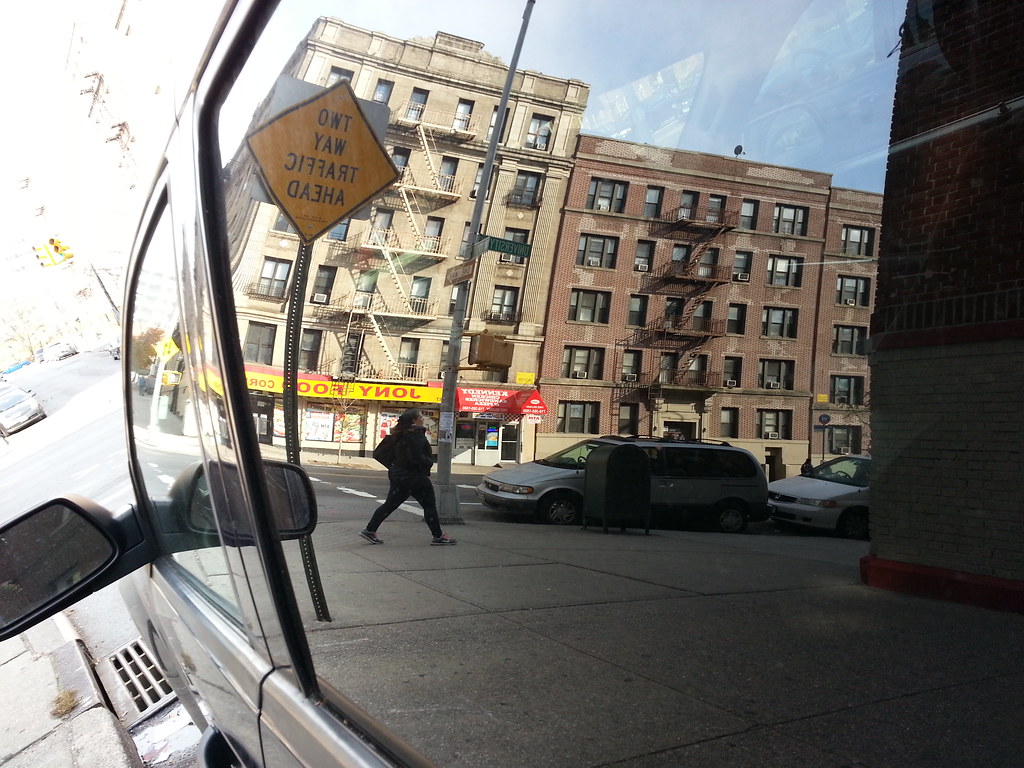 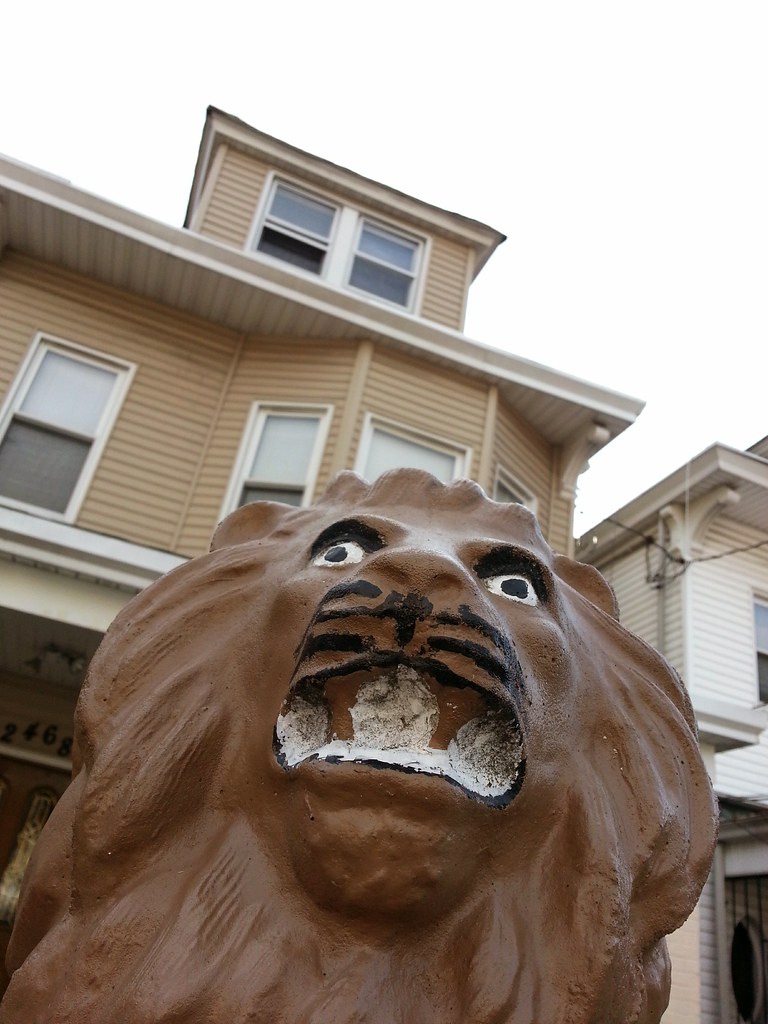 “By wealth of thought, 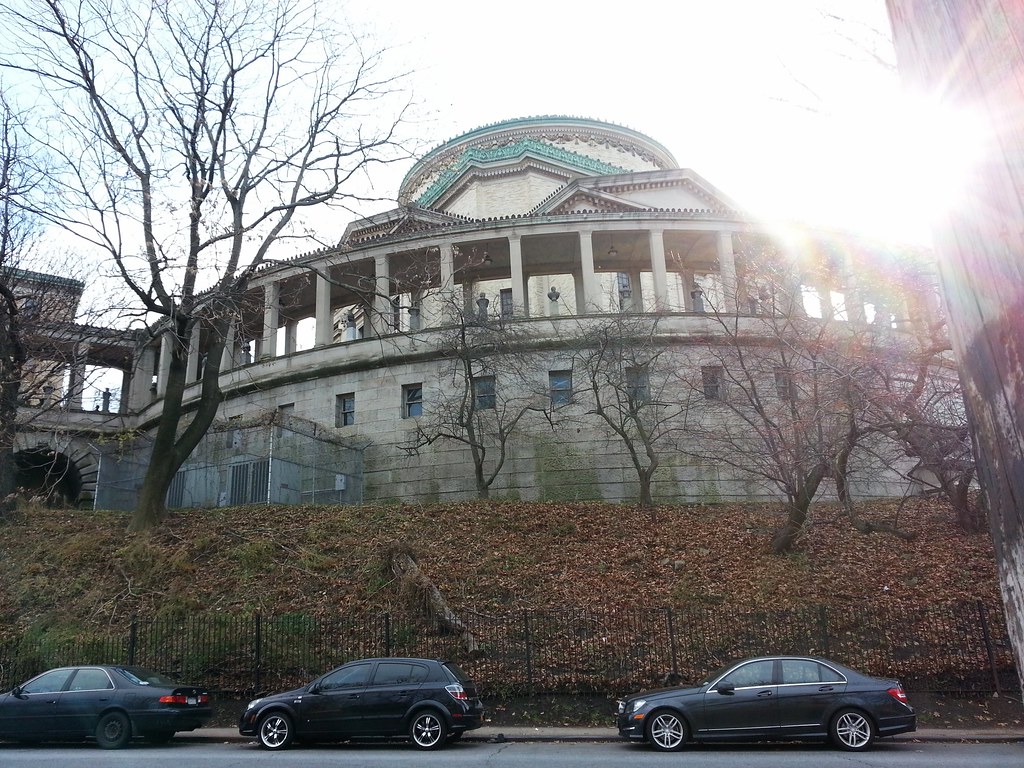 or else by mighty deed, They served mankind in noble character. In worldwide good they live forever more."

This is the Hall of Fame for Great Americans, the nation's original hall of fame. Standing on the grounds of Bronx Community College — which was, at the time of the Hall's dedication in 1901, the University Heights campus of New York University — it comprises an open-air colonnade and 98 bronze busts of famous Americans (four additional inductees from the 1970s are not sculpturally represented). In its heyday, the Hall was quite a prestigious institution, but it has largely fallen out of public consciousness over the past few decades. Its funding dried up after NYU abandoned the campus in 1973, and elections for new members have not been held since 1976.

The ring(s) of Saturn 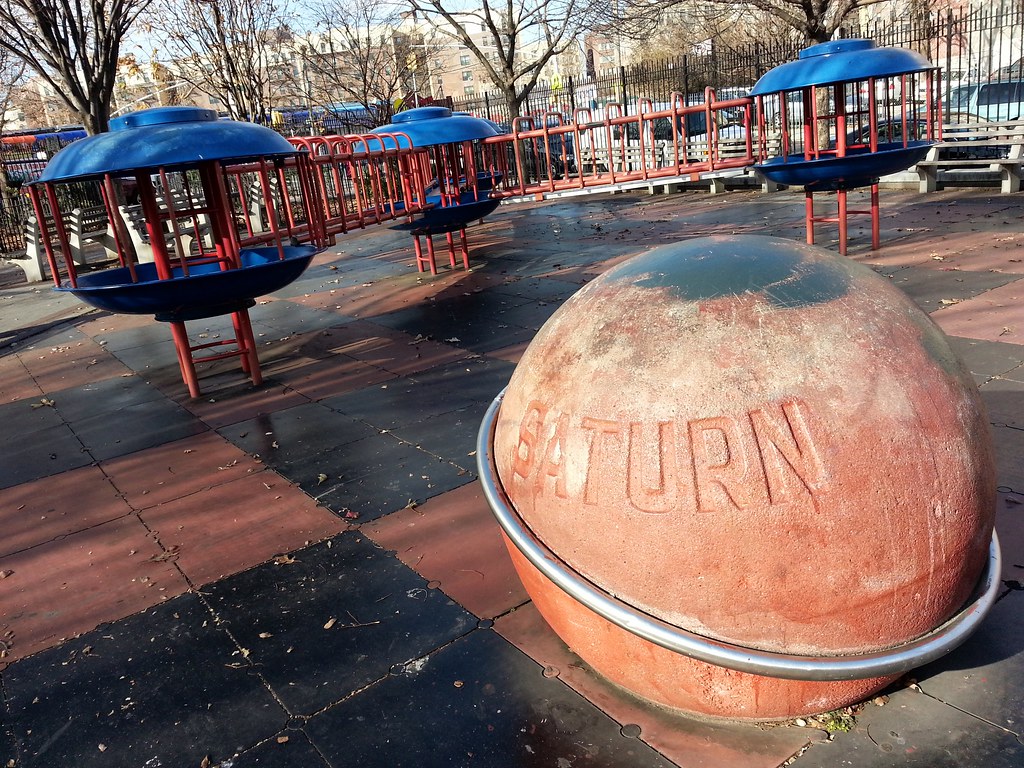 All the planets in our solar system are represented here at Galileo Playground. 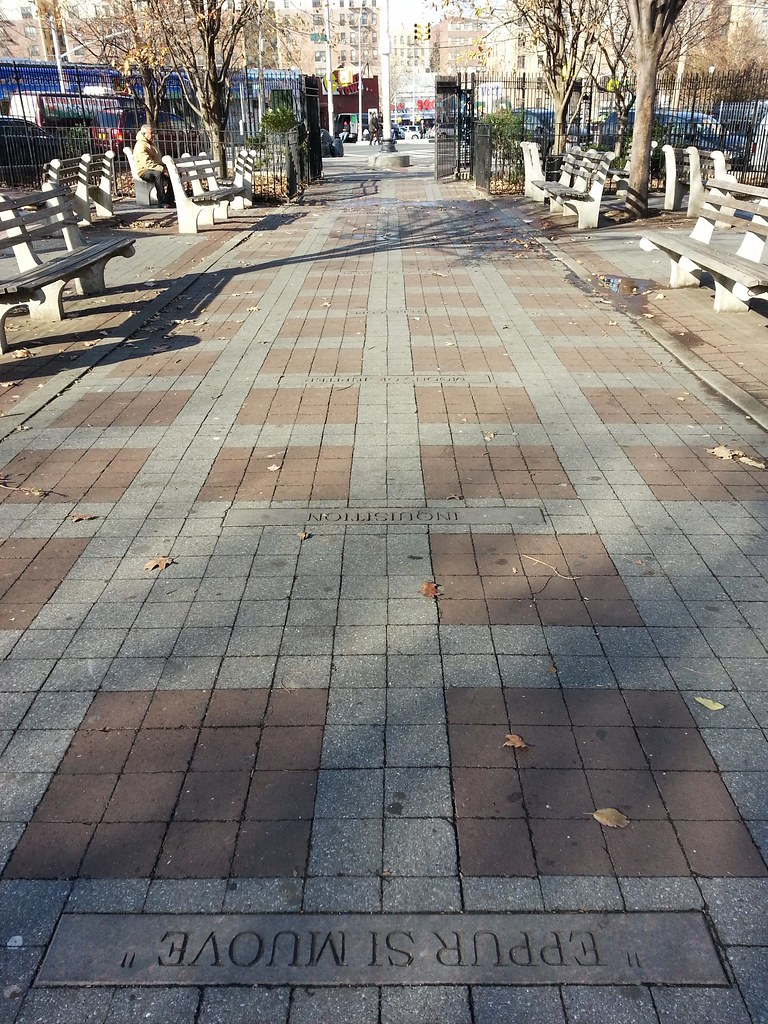 At the far end of this alleyway 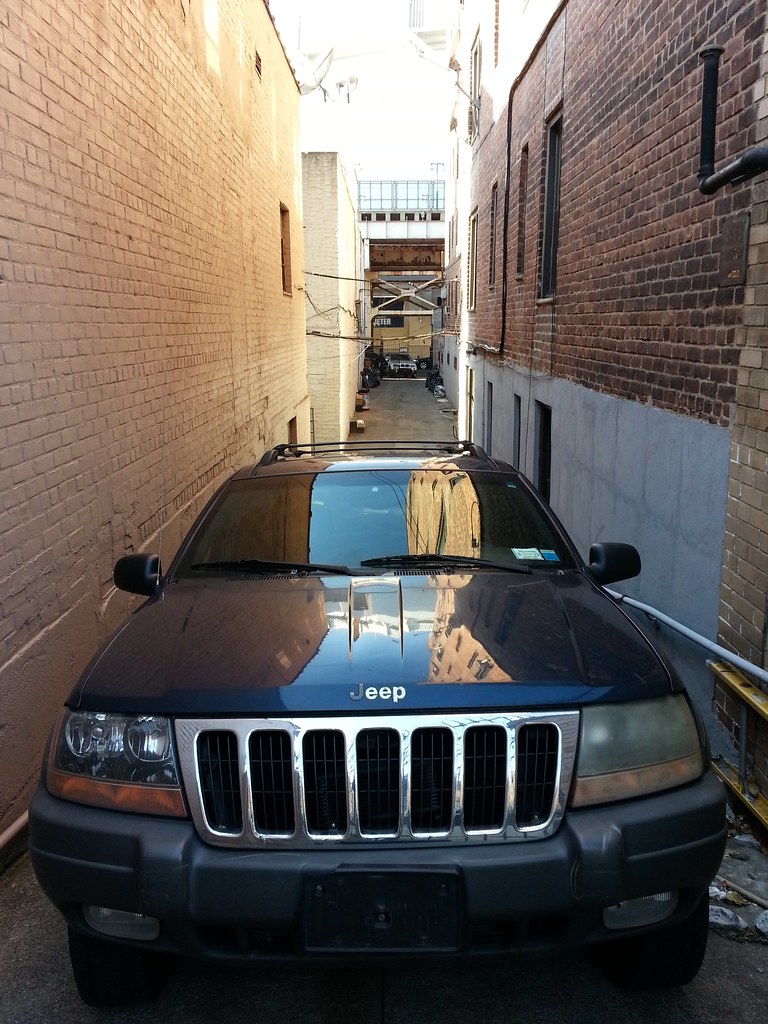 sits Yankee Stadium. You can just make out the "JETER" on a Derek Jeter banner, and the upper portion of the stadium, though largely invisible in the brightness of the sun, can be seen in its reflection on the hood of the Jeep.

You, in the back 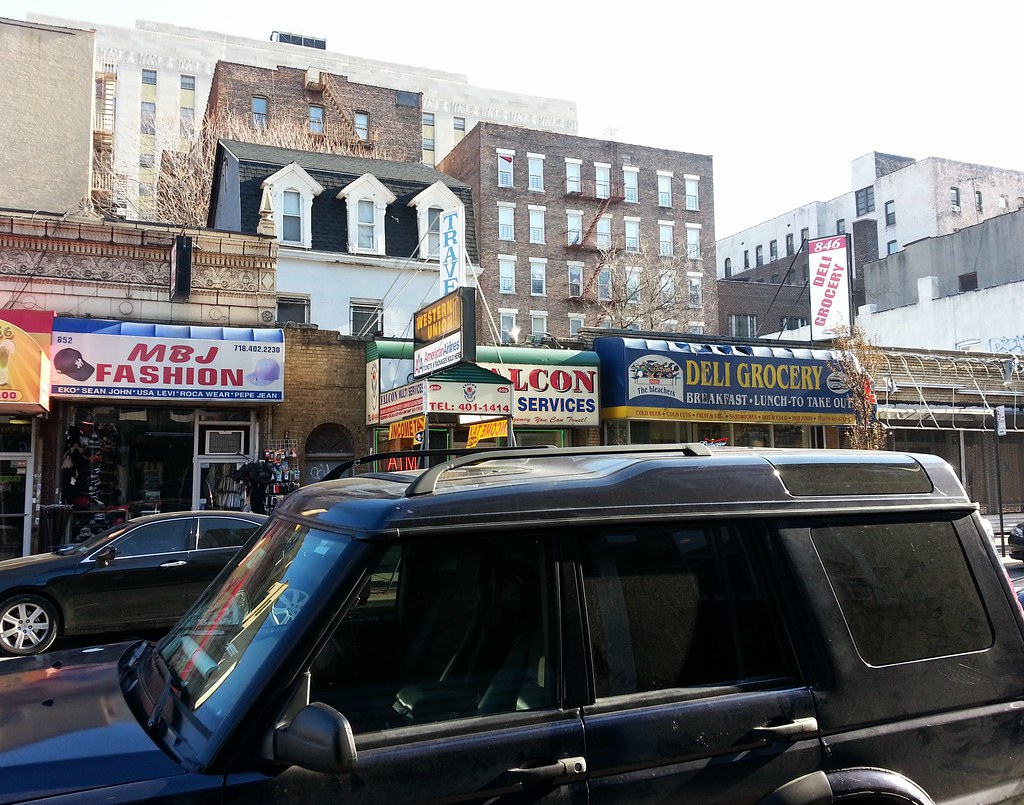 An old, seemingly out-of-place house pokes its head up above all the low-lying storefronts that surround it on the east side of Gerard Avenue. 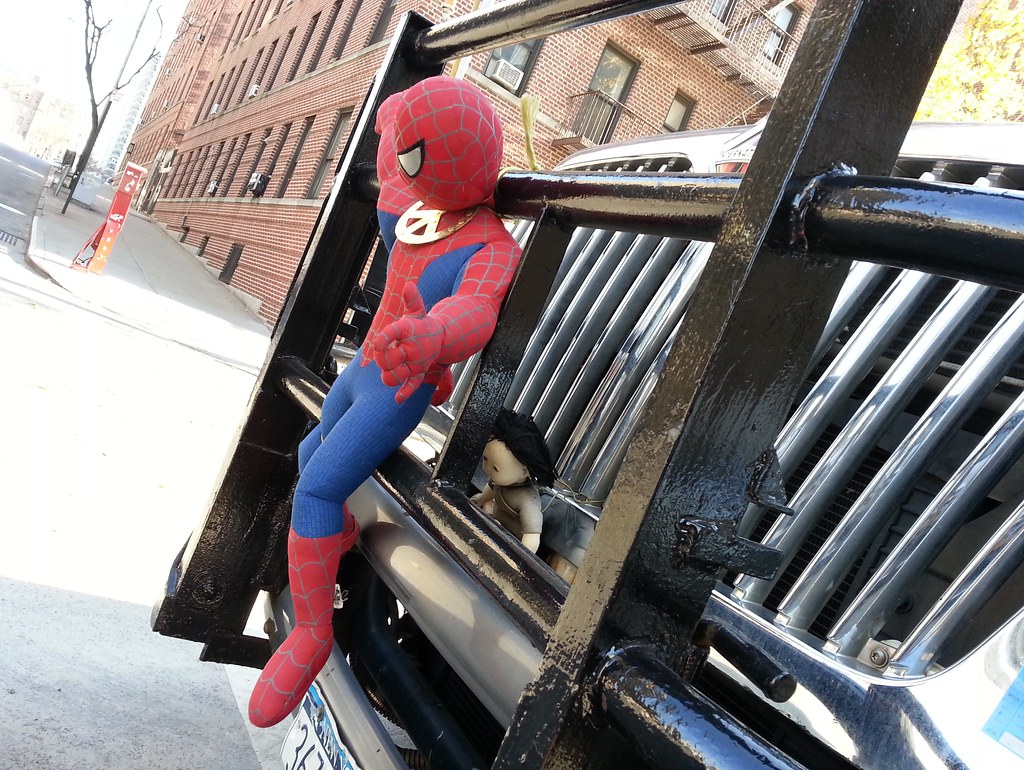 This presents another opportunity to direct everyone's attention to one of my favorite articles of all time.

Portal of the clay 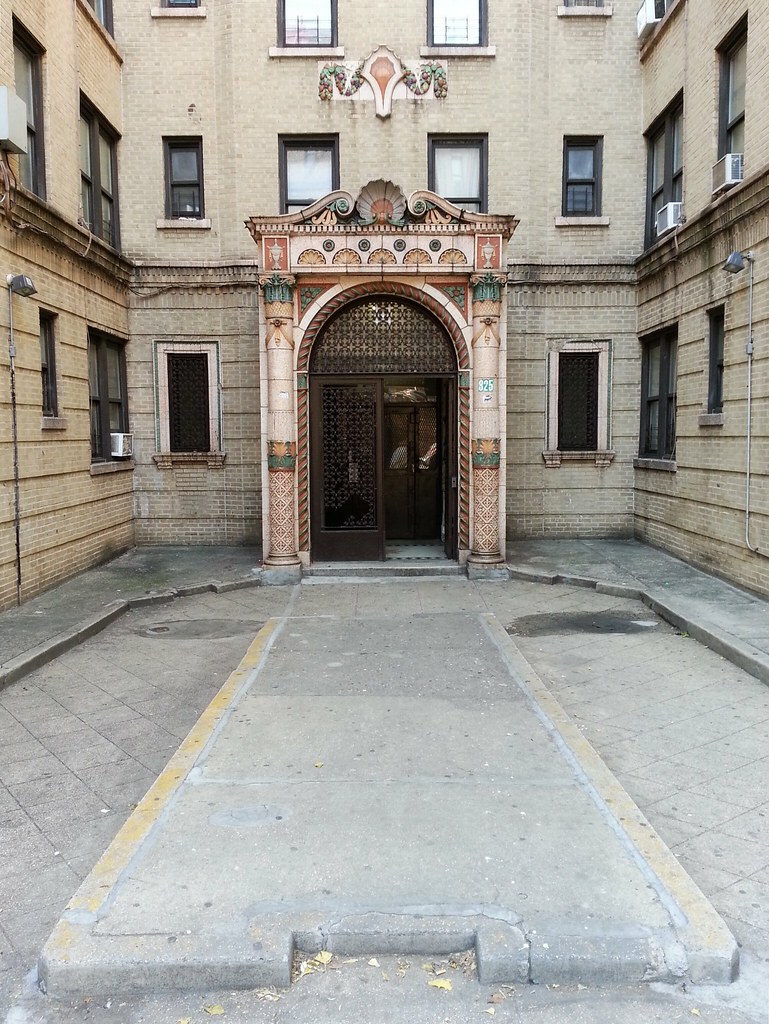 The AC may not be seasonally appropriate 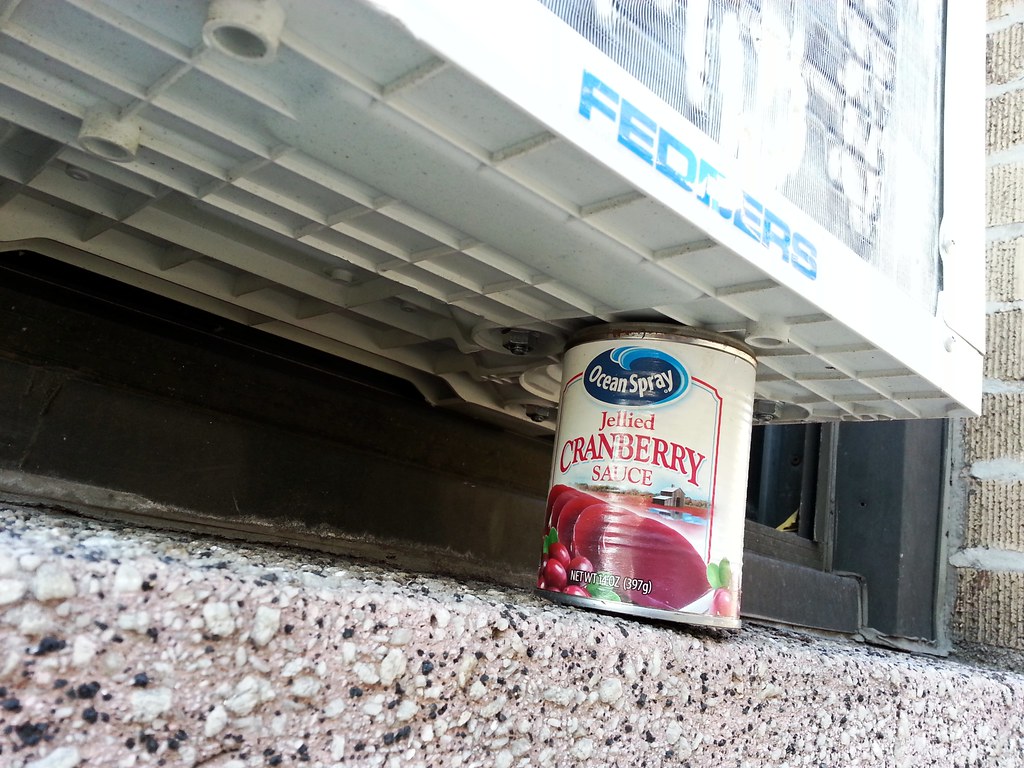 but at least its support structure is. 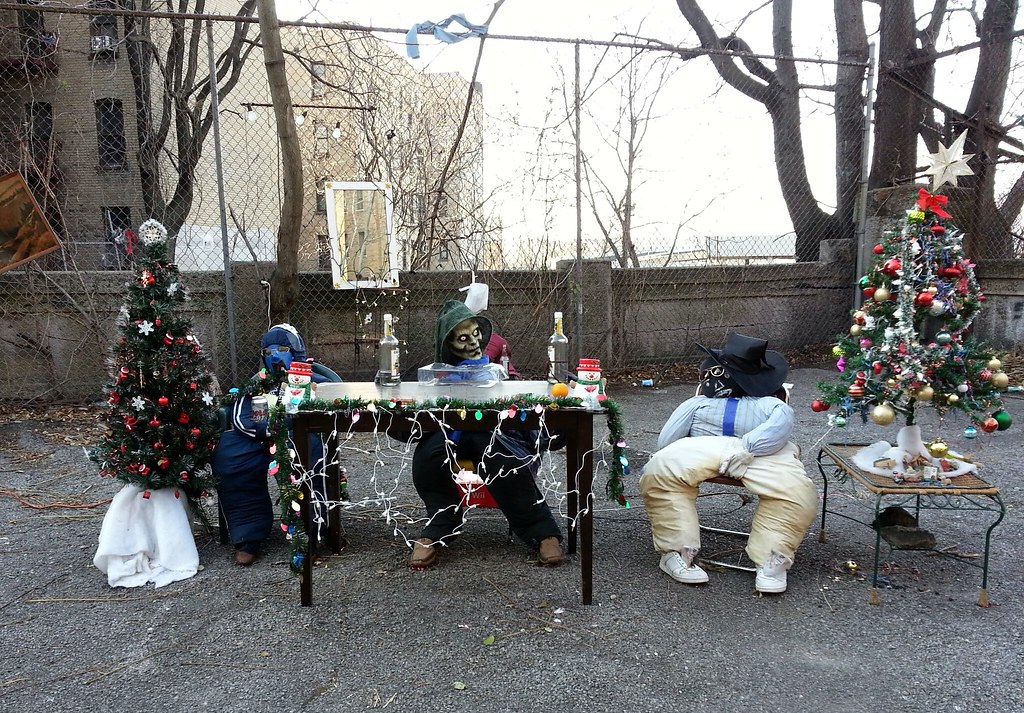 They're worth a closer look. 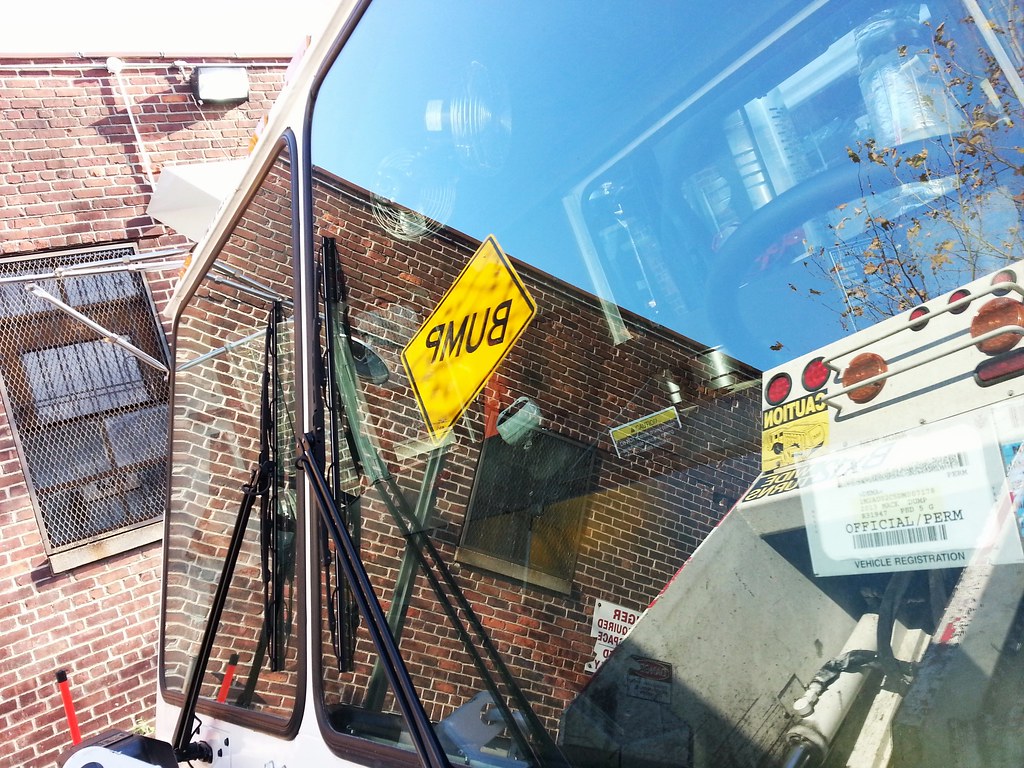 Reflected in the windshield of a garbage truck 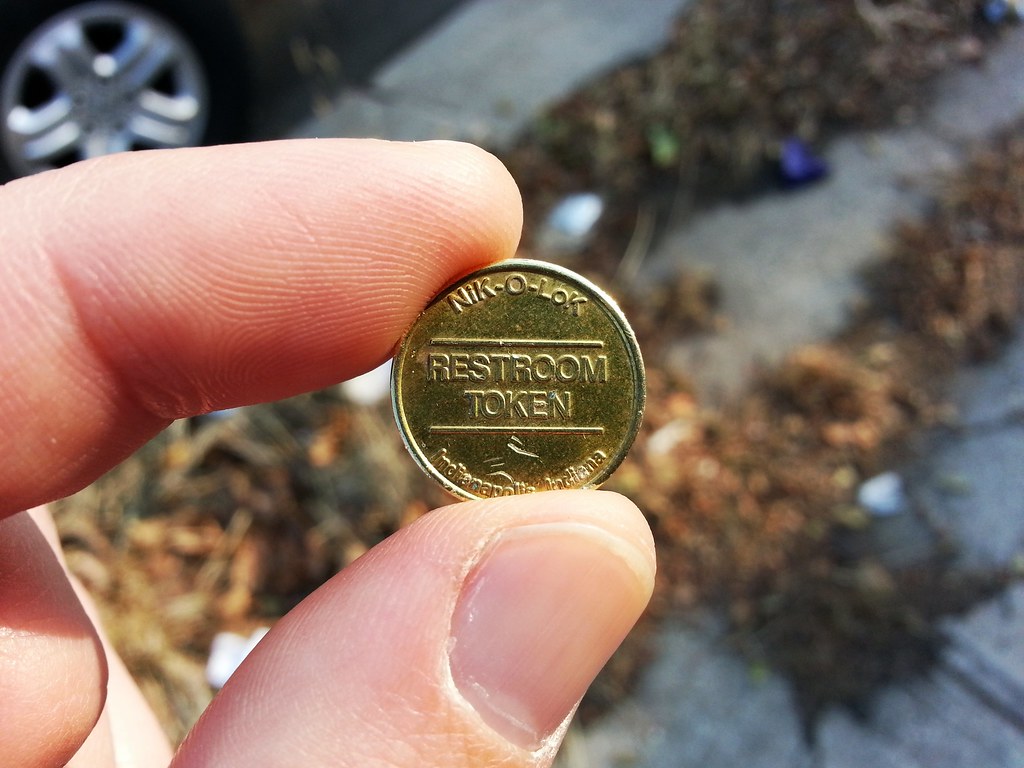 Nik-O-Lok: Standing between bladders and toilets for more than 100 years.

Snoozin’ on the steps 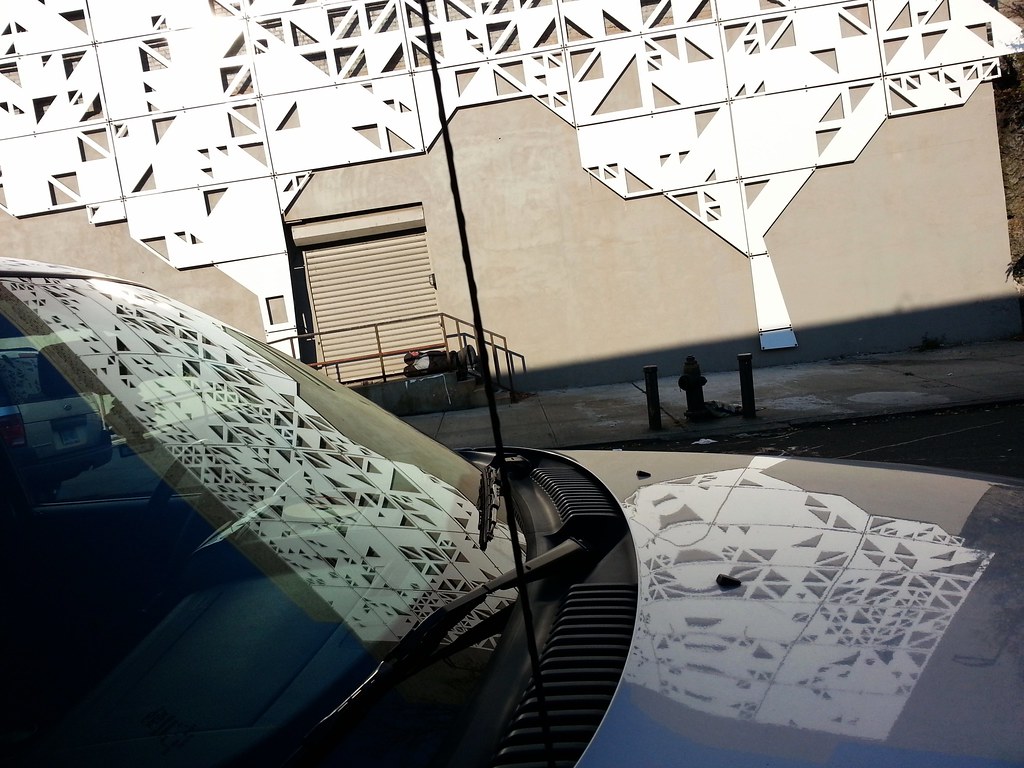 of a very cool building that I know absolutely nothing about

The snakes of Narcisse 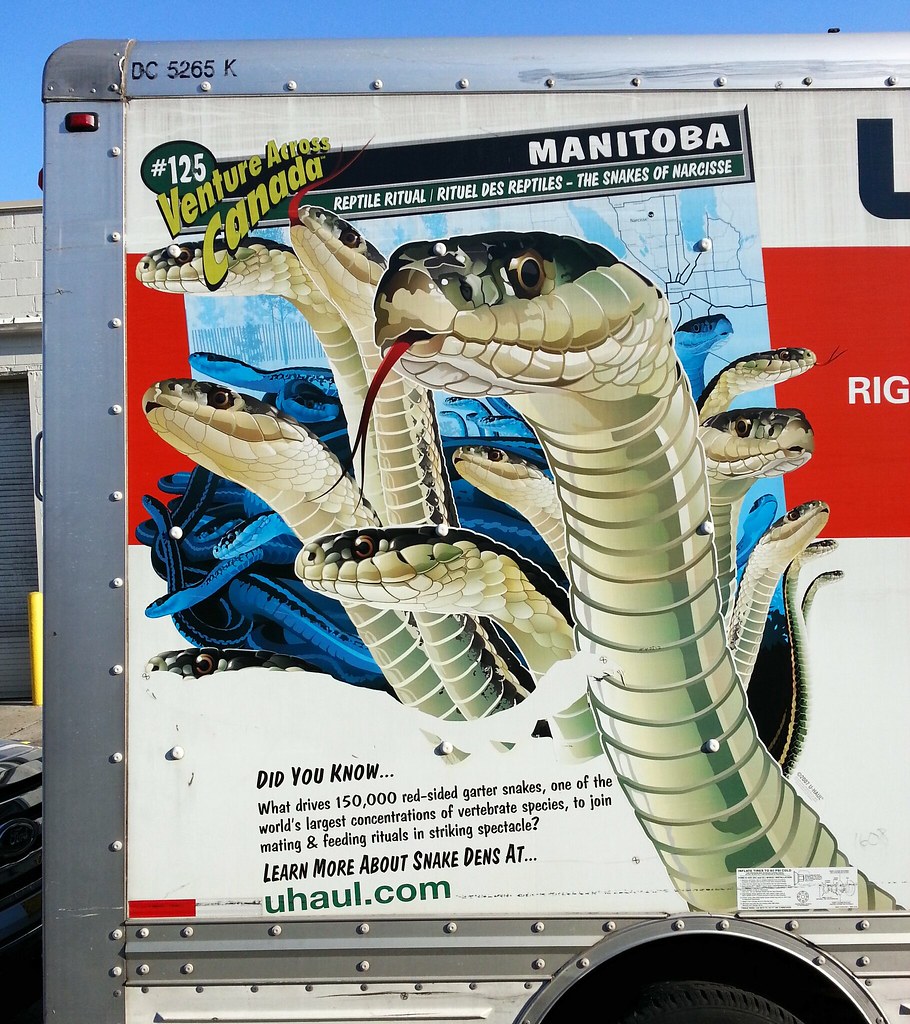 Because who doesn't love a good mating ball? 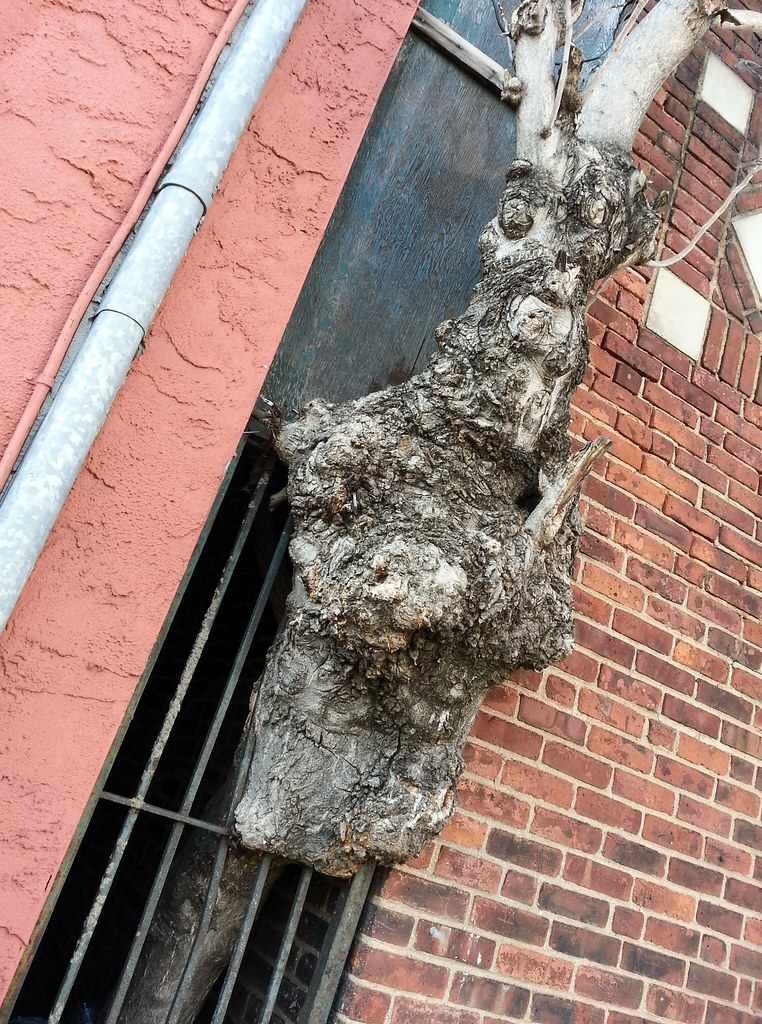 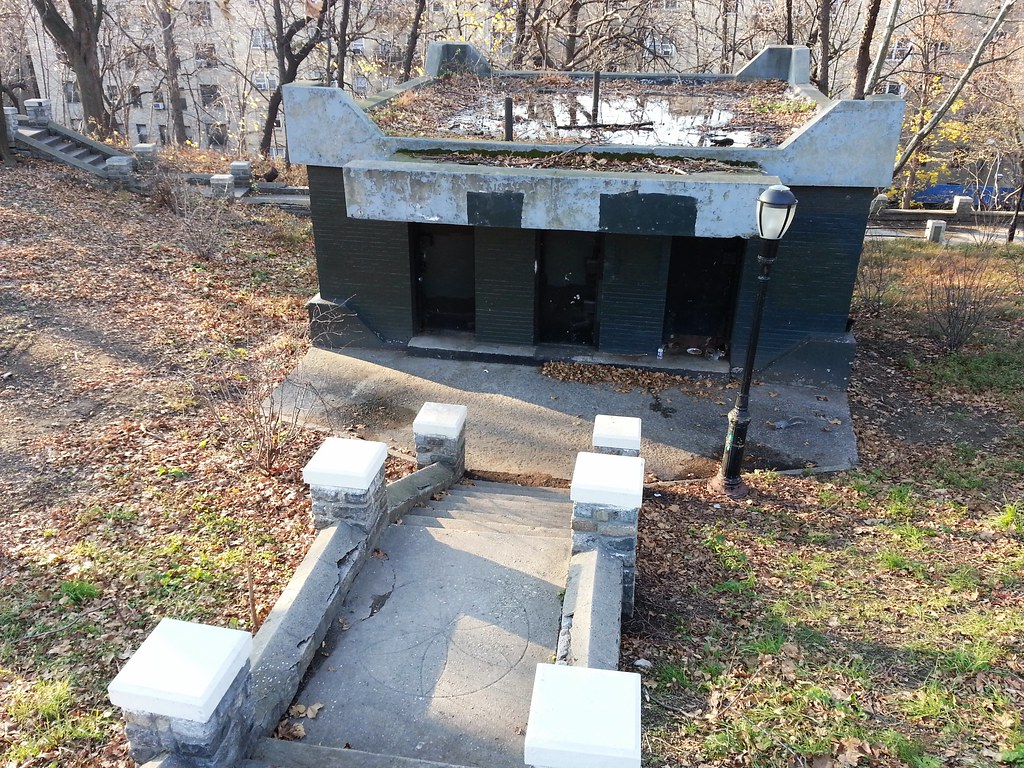 The last breath of fall 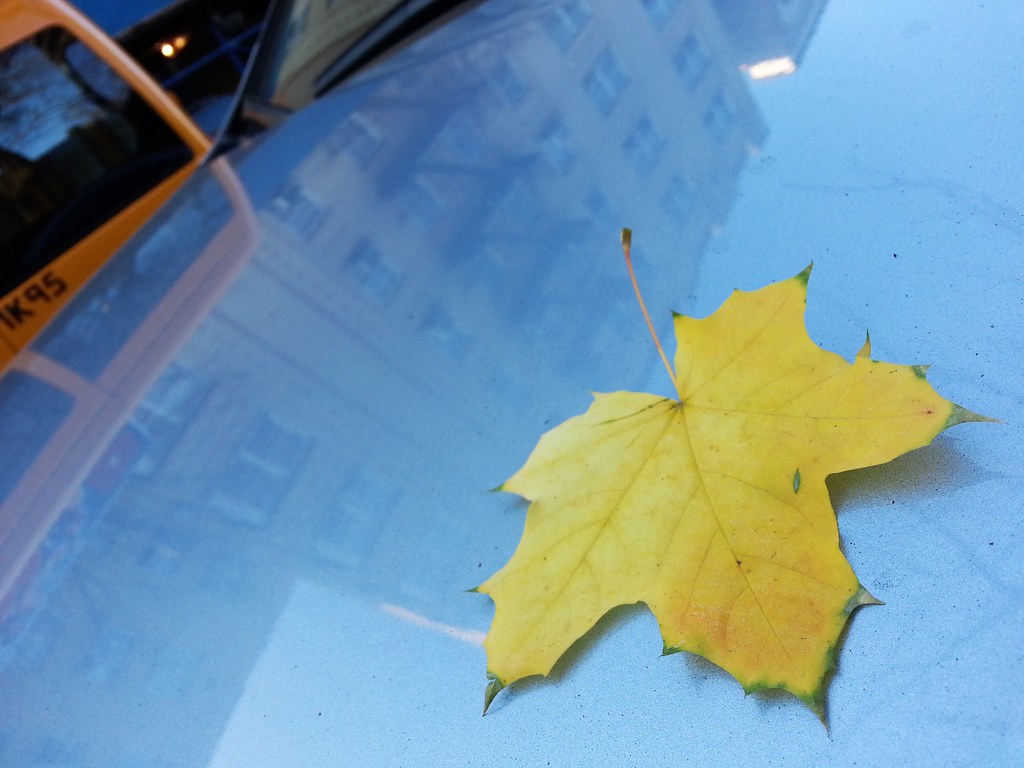 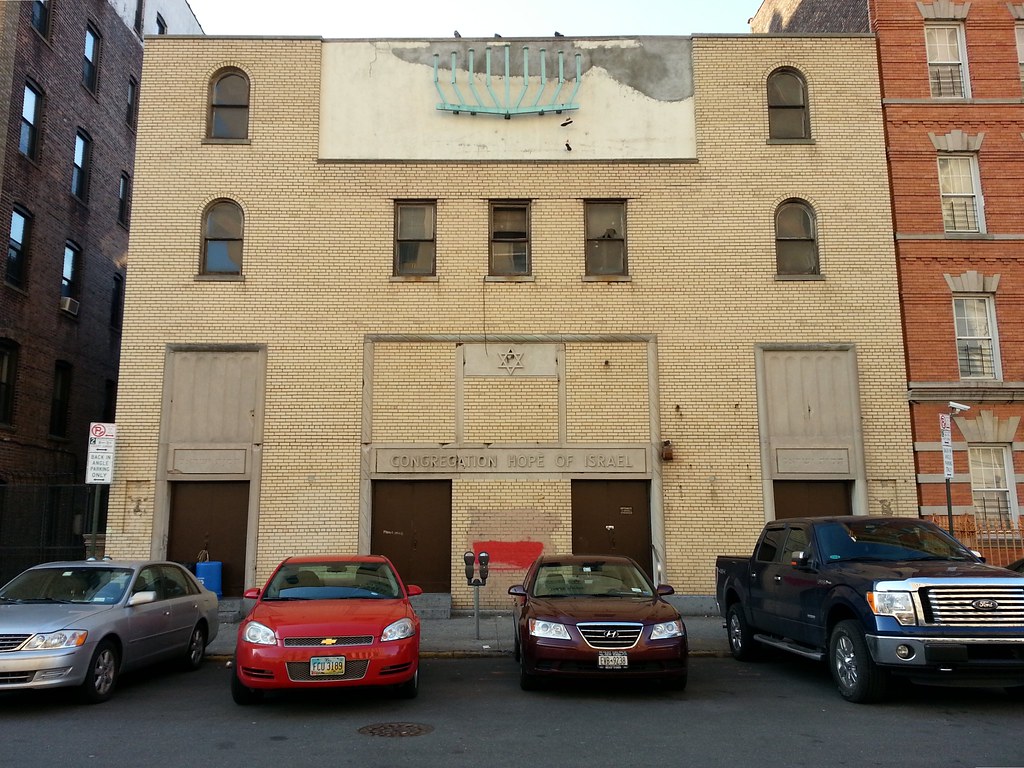 The hope was dying, and now it's dead. 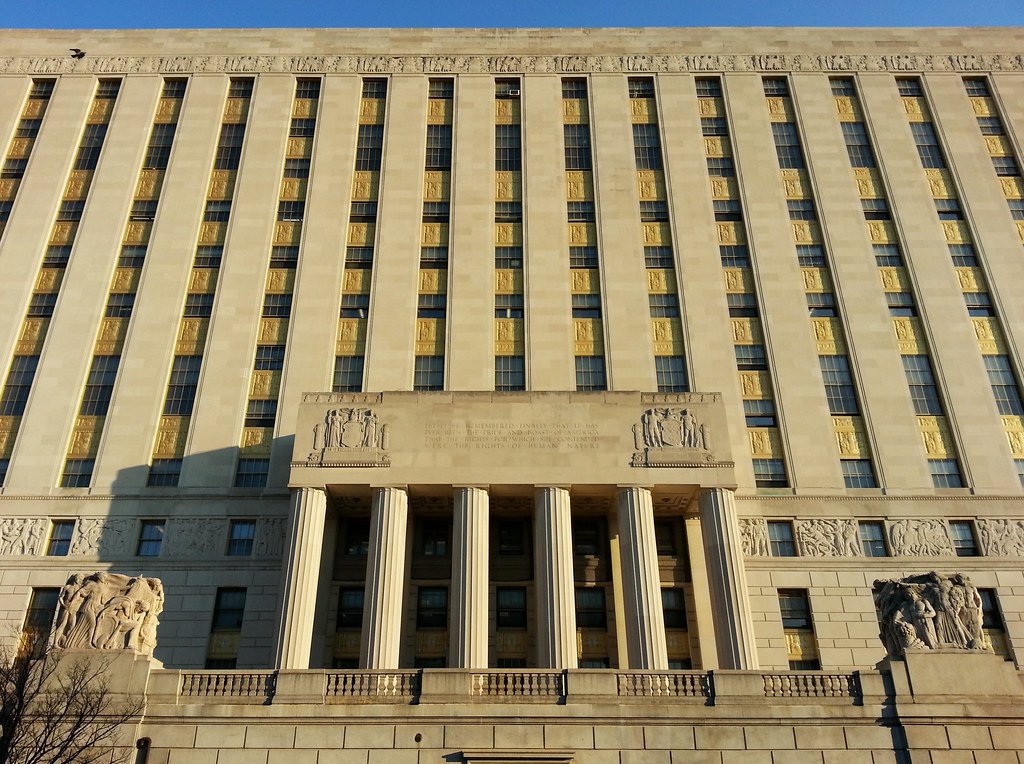 Renowned for its sculpture-laden design, this massive beige block of bureaucracy now has a (partially) green roof. 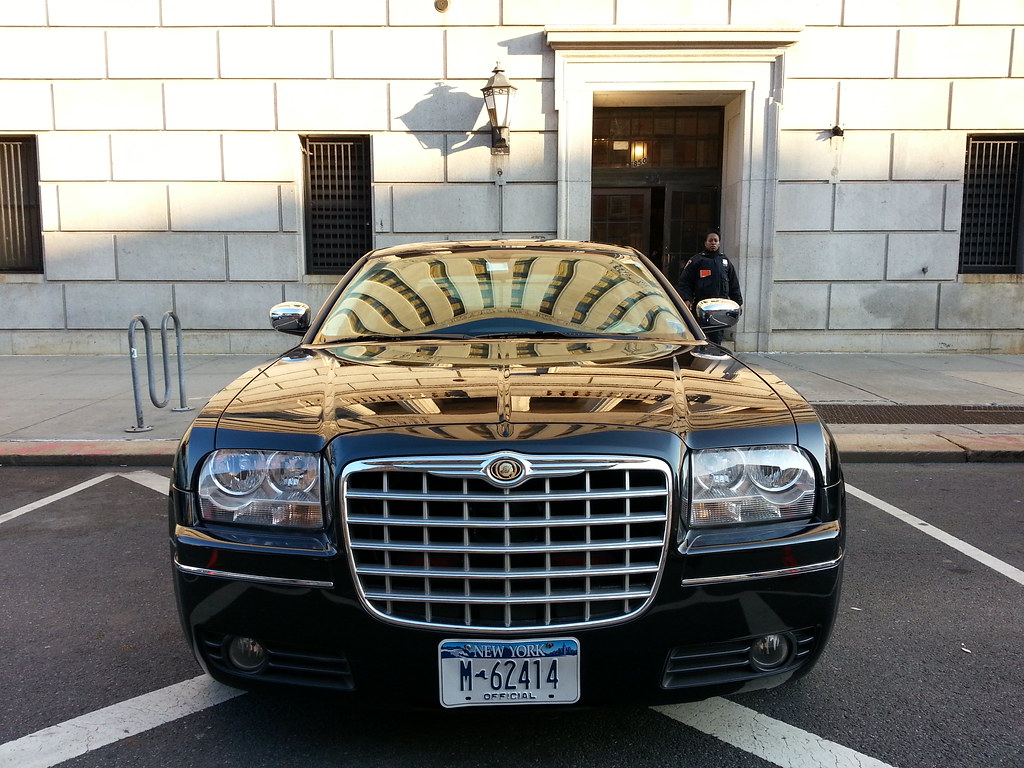 Bathed in the light of the late-afternoon sun, the Bronx County Courthouse was beautifully rendered on the hood and windshield of this vehicle conveniently parked in a no-parking zone located right at the midpoint of the building's western facade.

As I began to take this photo, a police officer (the one pictured) emerged from the courthouse to ask me what I was doing. I explained to her that the reflection of the building looked "really cool". Drawing a line in the sand, she decided to exert her authority by telling me that I would not be allowed to take pictures of this car, because "it has an 'Official' license plate."

I told her that I'm well within my rights to photograph cars and buildings from the vantage point of a public street. Seeking a compromise that would shut me up without having to show "weakness" by admitting she was wrong, she told me that I could take as many pictures as I wanted of the building, the other cars parked nearby, and the building's reflection on those other cars, but that I couldn't take any photos of this one vehicle, not even a close-up shot of the hood with no identifying information visible.

Arguing with her was about as fruitful as trying to have a reasoned discussion with a grumpy four-year-old. I eventually realized that I had made my point as best I could, and so I stepped a few feet to the right, where another dark-colored car was parked...

…and took a photo of its hood instead 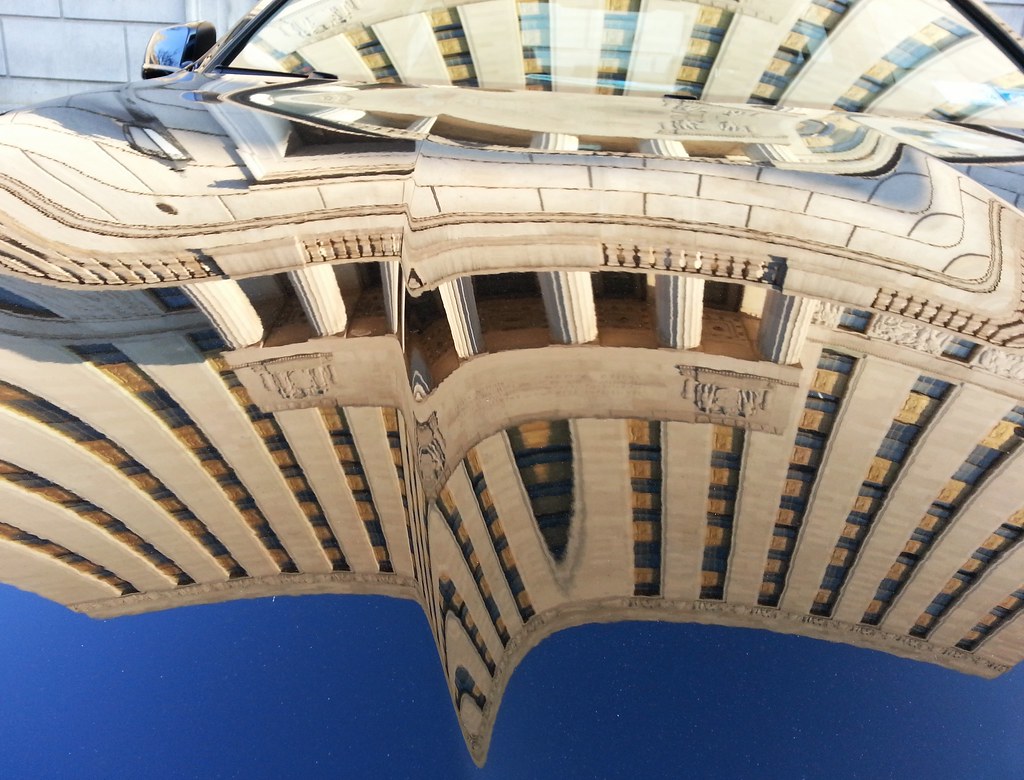 You may be interested to note that this vehicle also had an "Official" license plate, but no one seemed concerned about that in the least.

(The NY Times's photography blog recently published a good interview with the general counsel for the National Press Photographers Association on the subject of police officers suppressing people's First Amendment-based photography rights. You can read it here.) 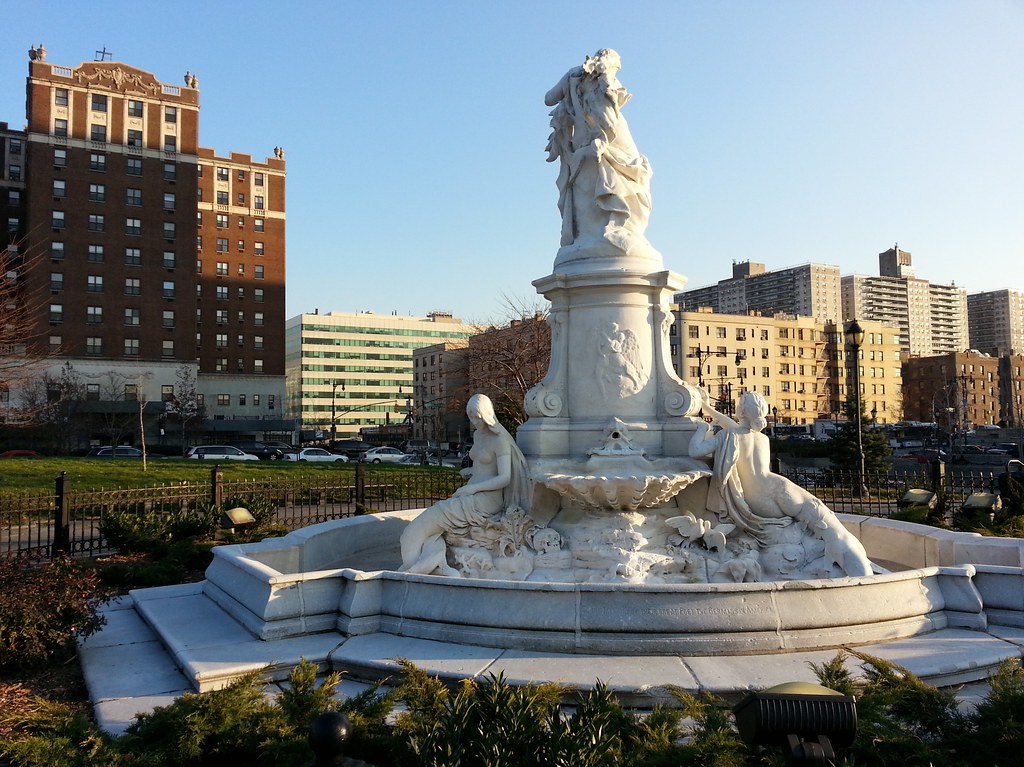 Depicting Lorelei, enchantress of the Rhine, and her riverine companions, this fountain honors the German writer Heinrich Heine and his poem "Die Lorelei". Located just across the street from the Bronx County Courthouse, it stands at the southern end of Joyce Kilmer Park, itself named for a poet — the guy who wrote that silly paean to trees.

The years have been rough on this fountain, but it has proven itself a true survivor. Commissioned in 1888, it began its life unloved and unwanted, rejected by Heine's hometown of Düsseldorf, for whom it was originally intended; the idea of memorializing Heine was politically unpopular at the time because of his criticism of German nationalism and his Jewish origins. A committee of German-Americans eventually acquired the fountain and, after a failed attempt to have it installed in Central Park, finally found a home for it here in the Bronx in 1899. It's suffered severe vandalism in the intervening decades — coats of spray paint, decapitations and dismemberments — but it has emerged in good health and good spirits. After a thorough restoration in 1999, it was feted with a centennial rededication ceremony at which the keynote address was delivered by, of all people, a deputy mayor of Düsseldorf. 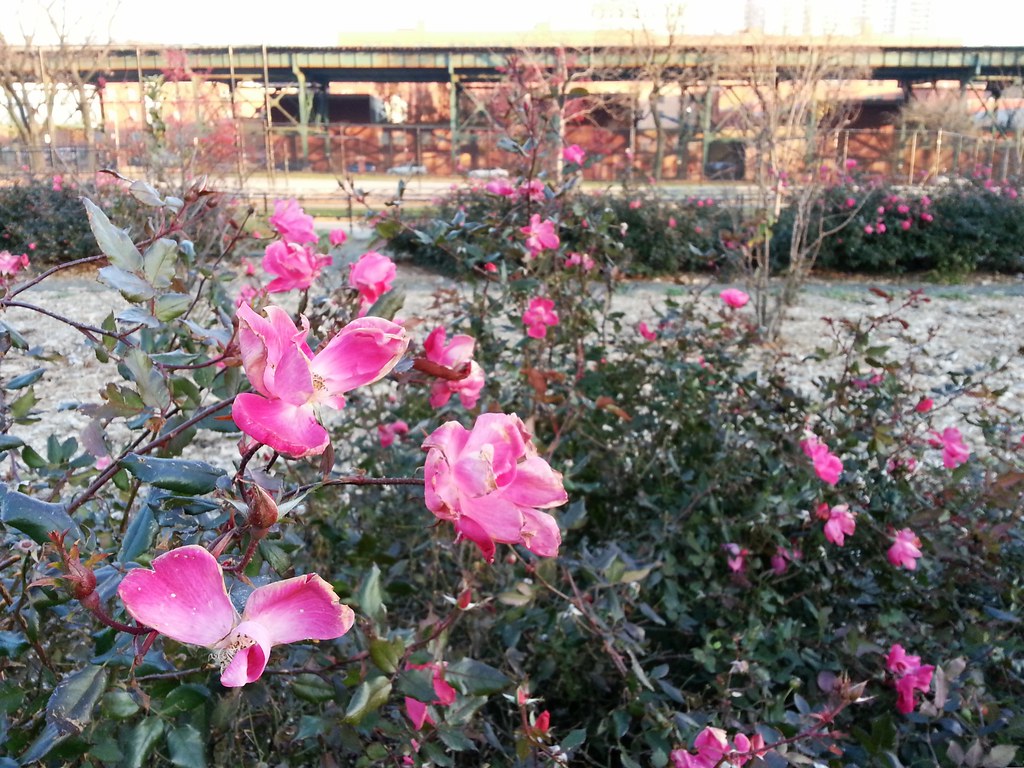 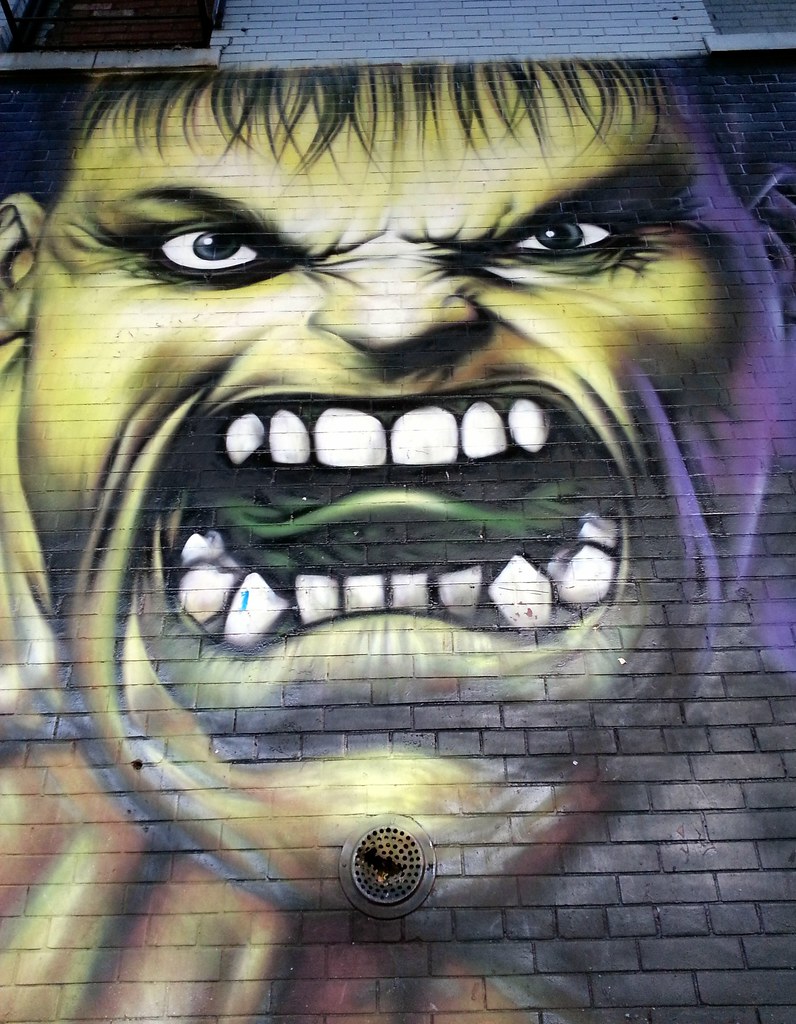 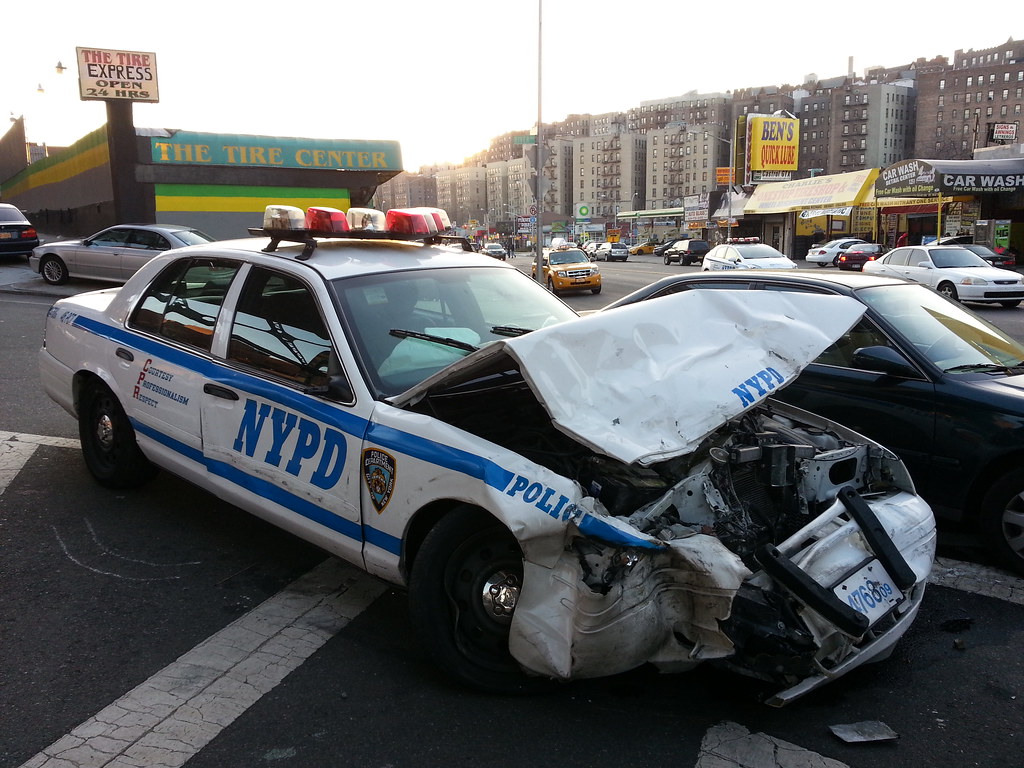 King on a string 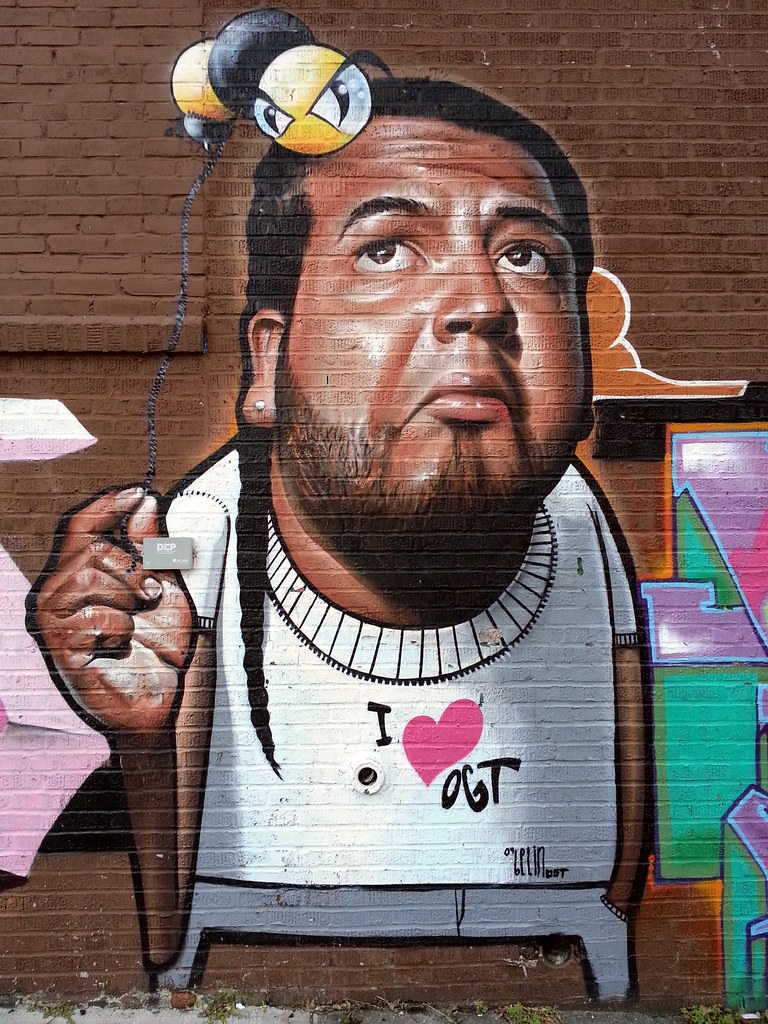 The Bronx's omnipresent Royal Kingbee seems to have a kite-like relationship with a fan of the OGT Crew. This probably means something.