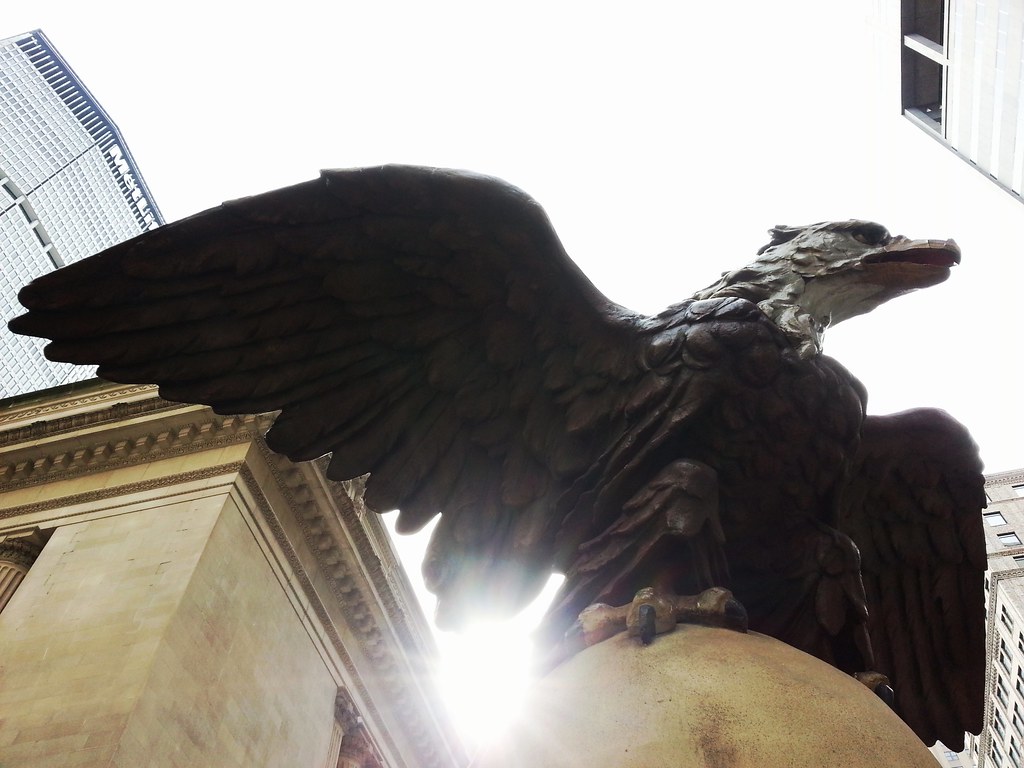 This big cast-iron eagle is one of perhaps ten or twelve similar sculptures that once stood atop the old Grand Central Station. They were installed during the turn-of-the-20th-century reconstruction of the station, which had previously been known as Grand Central Depot (and which featured a breathtaking iron and glass arched train shed). When the station was demolished and replaced by the current Grand Central Terminal in the early 20th century, the birds took flight, ending up in the hands of several different people and institutions. Their whereabouts are now mostly known, thanks to the efforts of a couple of dedicated eagle hunters.

The eagle pictured above landed at a Capuchin seminary in Garrison, New York, where it remained until 2001, when the friars donated it to the MTA. It has since returned to Grand Central and can now be seen perched on the building's southwest corner, making it the second eagle to have found its way back home after the diaspora. One of the aforementioned eagle hunters was not happy with this choice of location, however, telling the NY Times that placing the bird in such a prominent spot would be a "travesty" and "would aversely affect the view of Grand Central that Jacqueline Kennedy Onassis fought so hard to preserve."