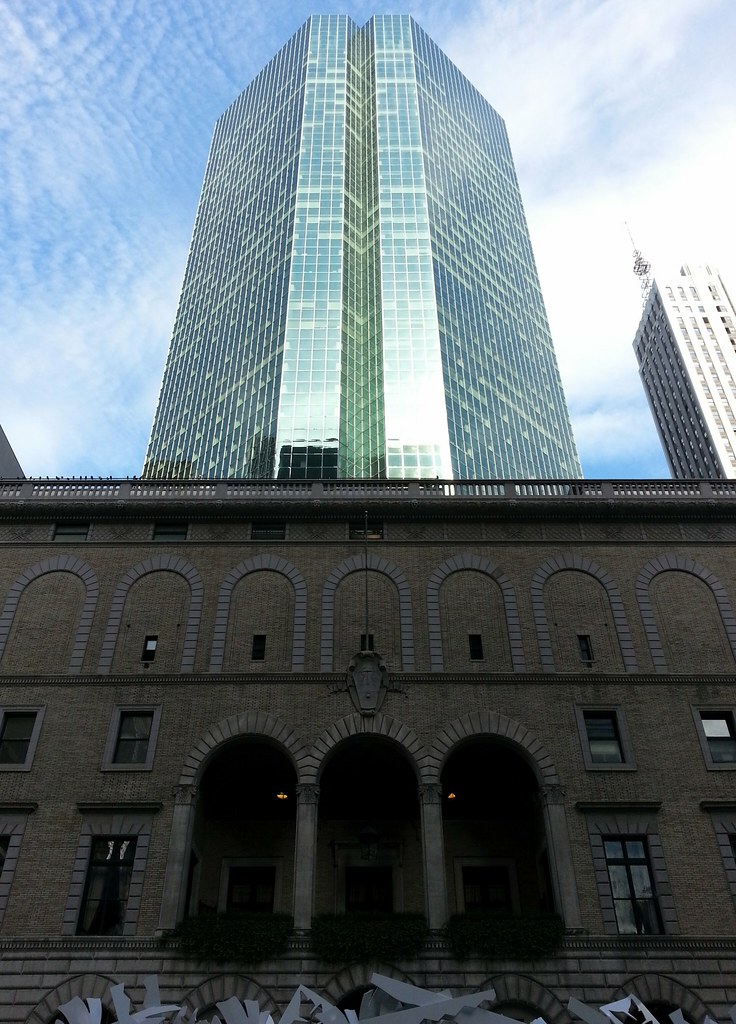 In the foreground: the men-only Racquet and Tennis Club, "home to some of the most arcane sports in the world". Rising behind it: Park Avenue Plaza, whose developers bought the club's air rights for $5 million in the late 1970s after "perhaps the biggest game of real estate 'chicken' ever played in New York." The biggest, sure, but certainly not the most hilarious.