First fig of the year! 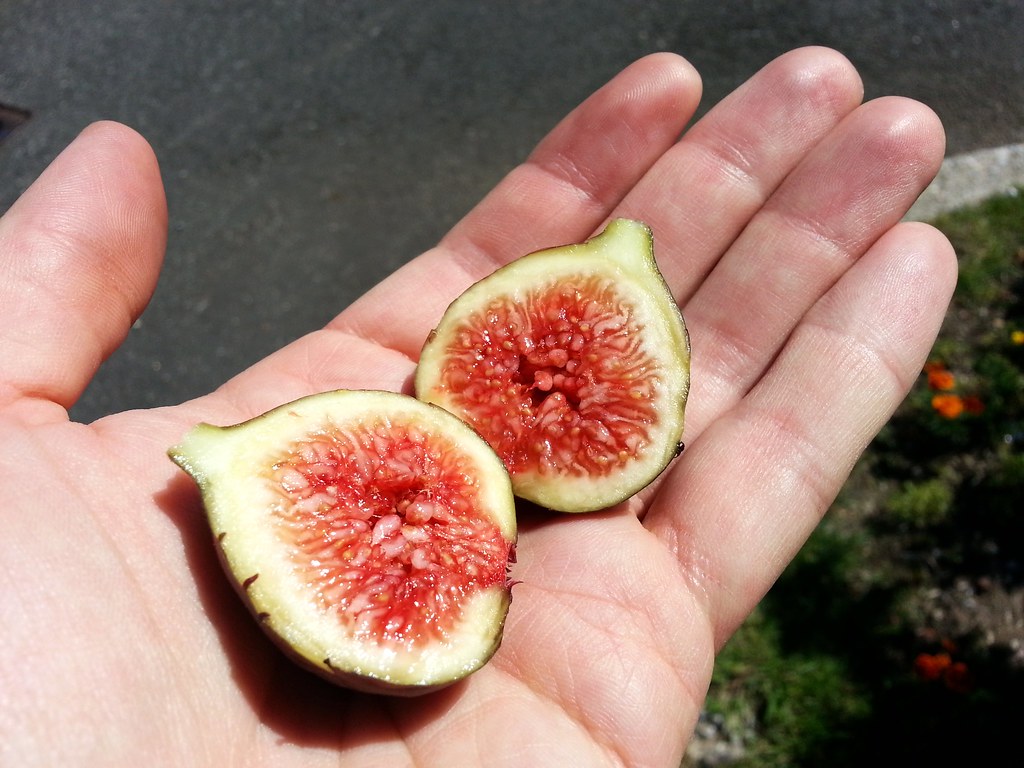 Something I never knew before I started this walk: there are approximately 500 gazillion fig trees in New York City. In some parts of the outer boroughs, I'll see a dozen or more each day. This particular fig is of the Brown Turkey variety, but you can find other types growing in the city as well.

While we think of figs as individual fruits, they're actually inside-out inflorescences — each of those fleshy little strands is actually a tiny flower! But how on earth do these flowers get pollinated? As we learned earlier, figs have an amazing relationship with a very small, specialized kind of wasp:

Things get a bit more complicated — and interesting — with gynodioecious species (whose ranks include the figs typically grown in the US); you can learn more about them here if you are so inclined.

I should also note that the fig cultivars generally found in NYC, like the Brown Turkey, are parthenocarpic, which means they produce sterile fruit that does not require pollination — or wasps — to develop. (California's Calimyrna figs, on the other hand, must be pollinated for the fruit to mature. This has resulted in a strange-looking annual ritual in which paper bags are stapled to thousands of acres of fig trees.)