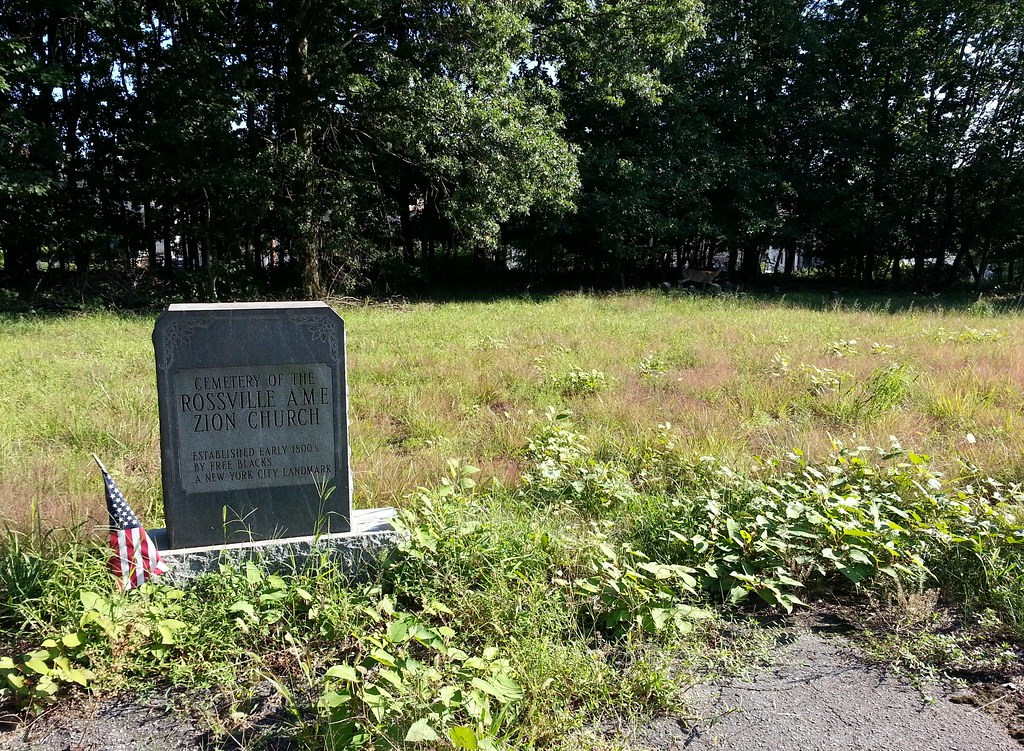 This cemetery ("one of the nation's most important black burial grounds") and its associated church were established around 1850 by residents of Sandy Ground, a community of free blacks dating back to the late 1820s. By the 1850s, many African-American oystermen and their families had moved to the area from Maryland, driven north by a series of racial laws enacted by the state that made it difficult for them to do business there. They were attracted to Sandy Ground because of its proximity to the renowned oyster beds of Prince's Bay, just a couple of miles to the south.

Oystering became the central industry of Sandy Ground, and the village thrived for several decades before gradually falling into decline after heavy pollution and outbreaks of typhoid led to the closing of Staten Island's oyster beds in 1916. Fires in 1930 and 1963 further decimated the surviving community, but there are still a handful of families in the area who can trace their lineage back to the original black settlers.

(If you look closely, you can see a deer prancing around the edge of the cemetery.)