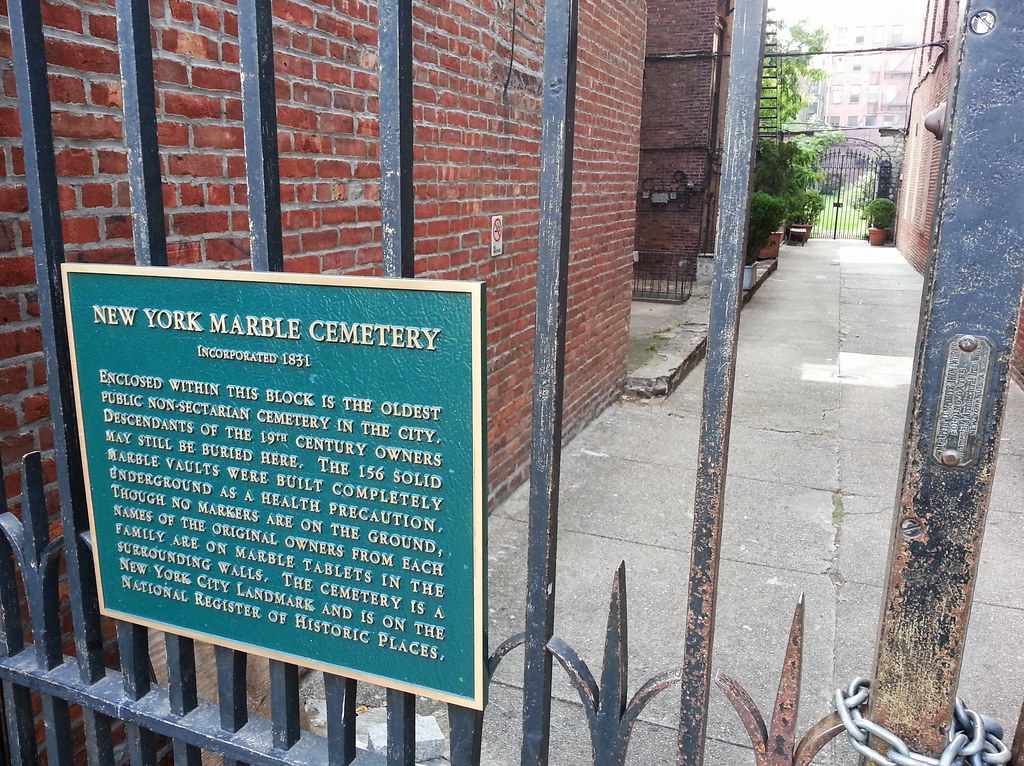 Founded in 1830, the New York Marble Cemetery is the oldest non-sectarian cemetery in the city. It's entirely enclosed within a block of buildings in the East Village (aerial view), and the only access is through this little alleyway off of 2nd Avenue. The gates are generally locked, but the cemetery is opened to the public occasionally and is also rented out for events, including weddings! (There are no grave markers, just plaques on the walls identifying the families interred here. This makes the place look more like a private courtyard than a graveyard, which probably helps explain its desirability as a party location.)

At the time the cemetery was established, recent outbreaks of yellow fever had led to a prohibition against earthen burials. Consequently, everyone interred here is entombed inside one of 156 subterranean marble vaults — hence the name of the cemetery. (The almost identical-sounding New York City Marble Cemetery, just one block away, is unrelated to this one, but its name also derives from its marble tombs.) No one has been laid to rest here since 1937, but the cemetery still has a policy allowing descendants of the original vault owners to be buried here if they so choose.