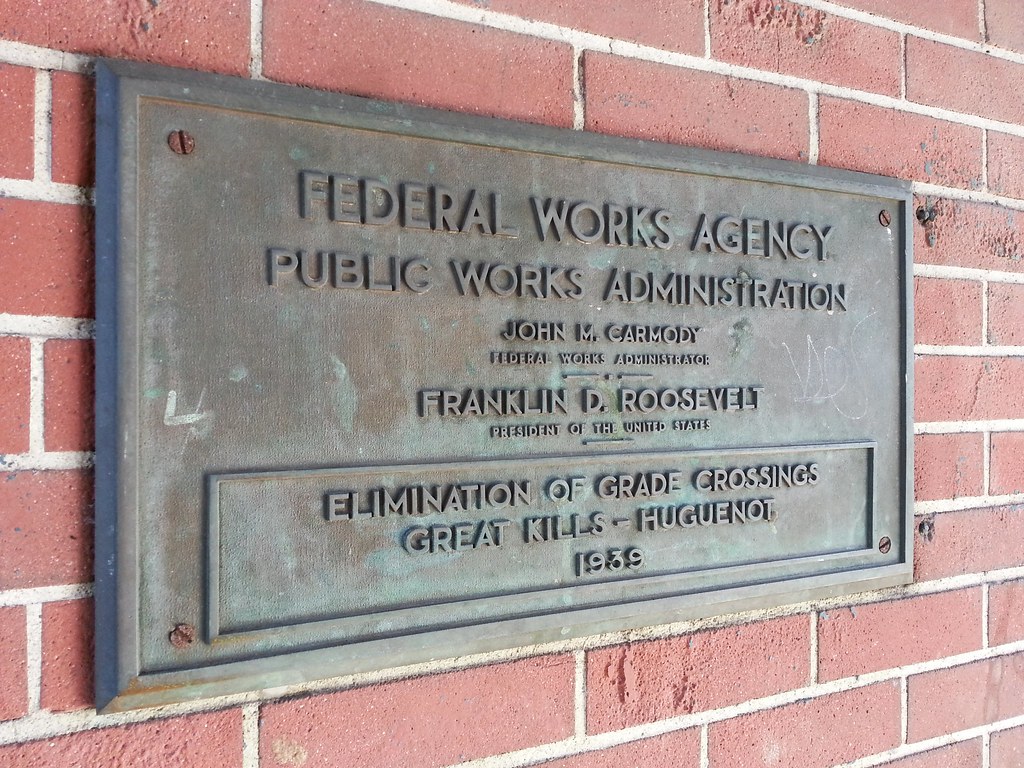 In the early part of the 20th century, there were hundreds of railroad grade crossings in New York City, and they were becoming more dangerous and disruptive as the volume and speed of vehicles was increasing. A 1910 article in the NY Times called them "deadly grade crossings . . . traps that imperil human life". Almost all of them have since been eliminated, with the railroad tracks now passing over or under the roadways. The plaque above, found outside the Eltingville station on the Staten Island Railway, commemorates the elimination of grade crossings along this section of railroad, a project apparently carried out under the auspices of the Public Works Administration.

Day 33: A home of integrity and affection