Erstwhile portal of the day 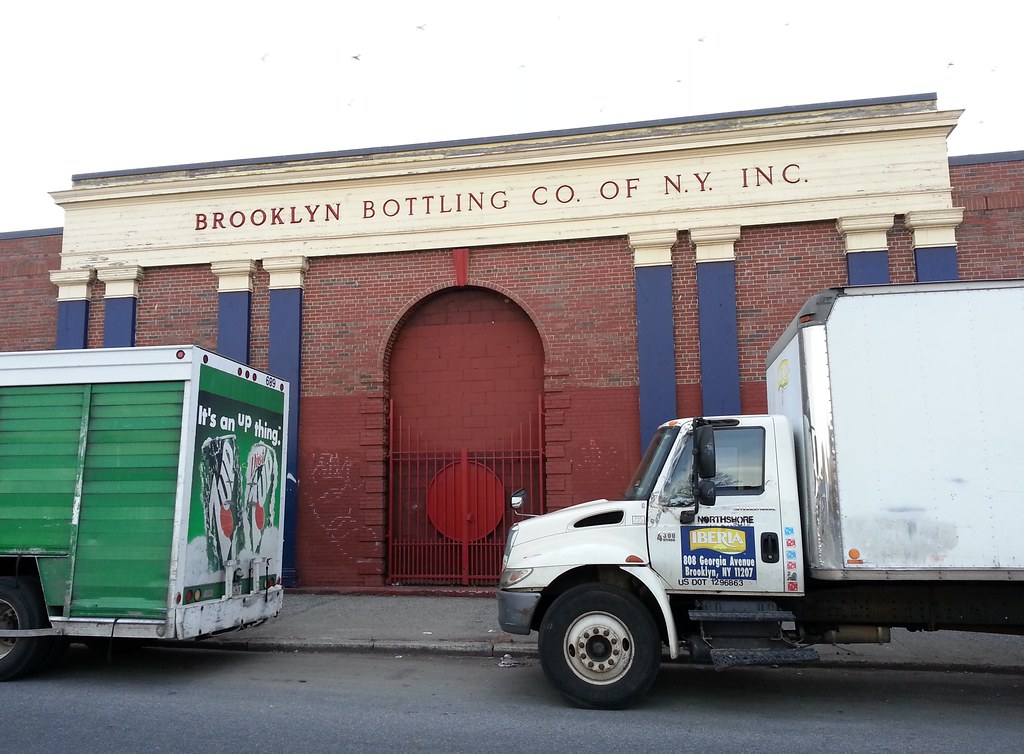 This former Coca-Cola bottling plant is now owned by Brooklyn Bottling, a beverage company that dates back to the 1930s. When Eric Miller, the founder's grandson, took the reins of Brooklyn Bottling in 1988, he introduced some highly successful new products and marketing strategies. Tropical Fantasy, a line of low-priced fruit-flavored soft drinks, was selling extremely well until the sudden appearance in 1991 of anonymous handbills claiming it was made by the KKK and contained "stimulants to sterilize the black man".

As the rumor spread across the city's black neighborhoods, sales of Tropical Fantasy plummeted by 70 percent. Fighting back, Brooklyn Bottling hired a public relations consultant and printed its own flyers stating that the FDA and the city's health department had declared the drinks safe for consumption. The company, whose work force was 80 percent black or Hispanic, met with community leaders and won the approval of some leading African-American activists. Mayor Dinkins, himself an African-American, even drank Tropical Fantasy at a news conference in a show of support. Sales eventually rebounded as people realized the rumor was bogus and once again began chugging down those harmless bottles of artificially flavored high-fructose corn syrup.