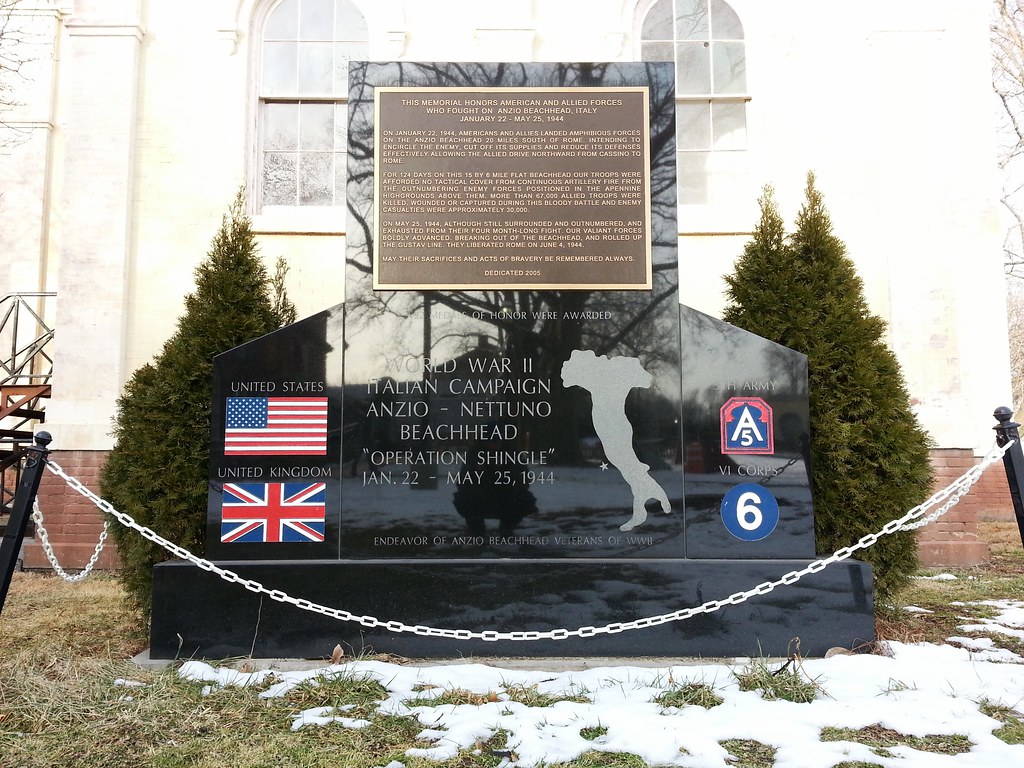 This monument (close-up) honors the American and Allied troops who fought in WWII's Operation Shingle. It appears to be the same memorial that was unveiled in 2006 on a city pier when the USS Anzio was in port. The veteran who spent years finding funding for this monument wanted to have it installed in Battery Park; perhaps he was unable to get approval and instead found a willing recipient here at Snug Harbor, where it was dedicated once again in 2010. A near-identical memorial was also dedicated at a Staten Island Boy Scout camp in 2007.