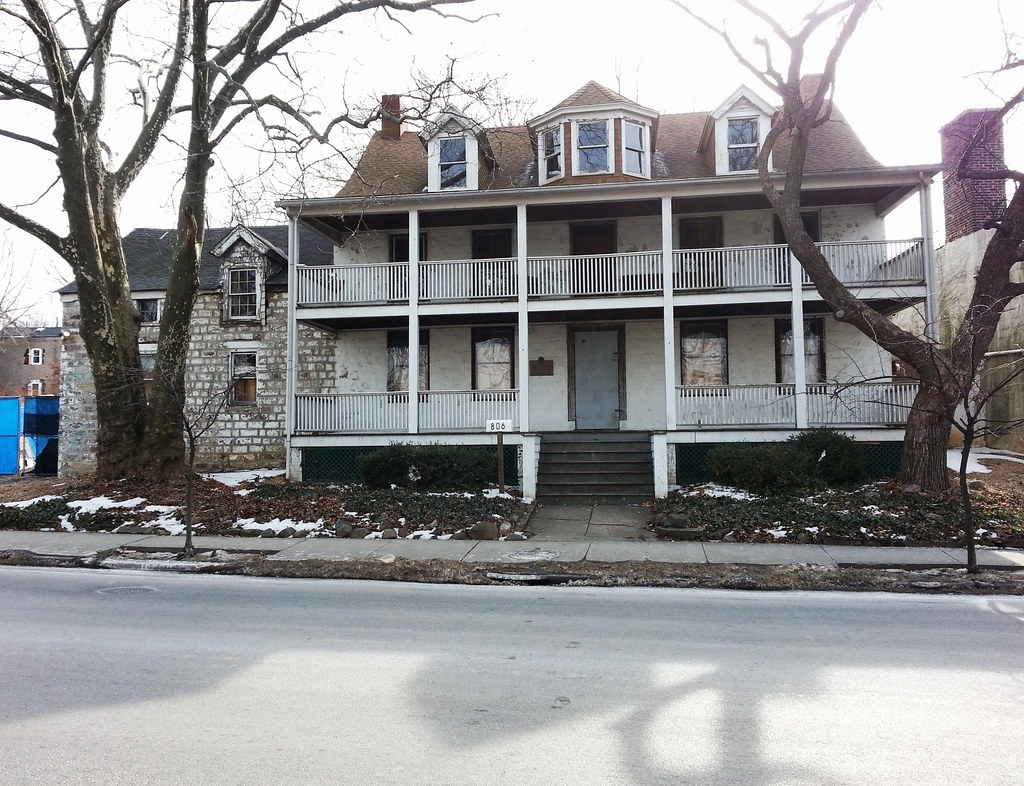 The plaque on the porch from the city's Landmarks Preservation Commission states that this house was built around 1770 and is "one of the few large Pre-Revolutionary War houses still standing in New York City", but a local historian who has researched the building says it was actually constructed in 1783. For a period in the 1800s, it served as a tavern called "The Old Stone Jug".

The guy who owned the house from 1995 until his death in 2011 worked as a guide at Historic Richmond Town, and he restored the house to the look and feel of an earlier era. His only sources of heat were a fireplace and a 19th-century kitchen stove, and he had an 18th-century reflector oven and a spider pan that he used on occasion to cook meals in his fireplace. The current owner was seriously injured when she fell through a rotting floorboard into an old cistern shortly after buying the place in 2012; I'm not sure how she's fared since then.