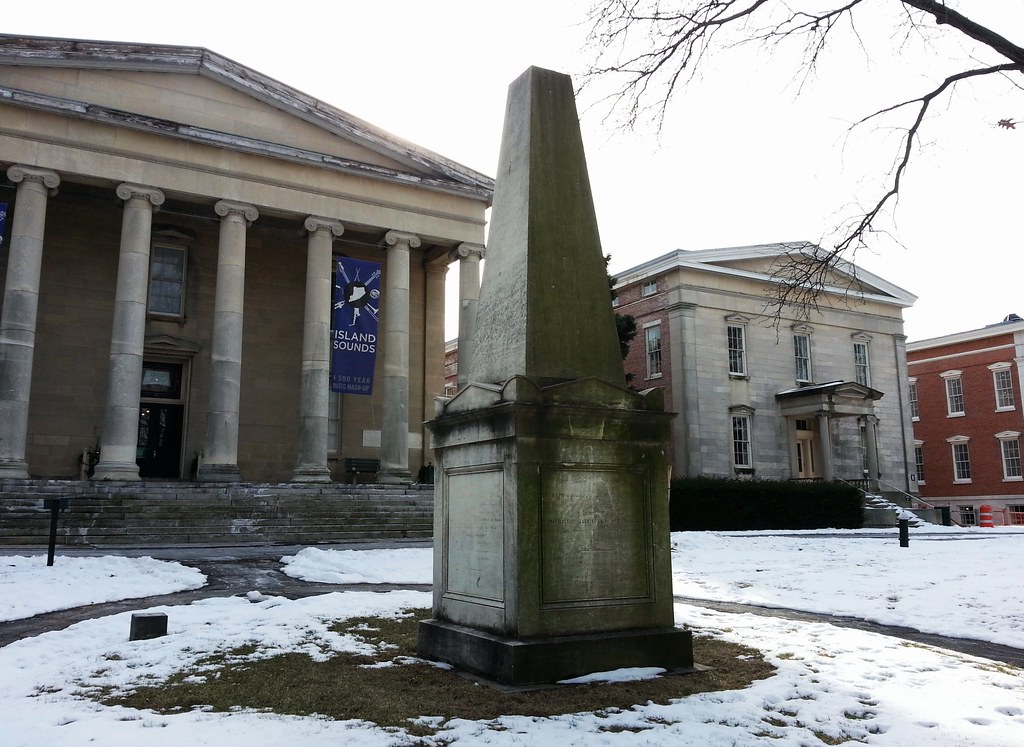 The former Sailors' Snug Harbor, a home for "aged, decrepit and worn-out sailors", owes its existence to Robert Richard Randall, an 18th-century merchant turned gentleman farmer. According to a 1912 NY Times piece, a dying Randall "had maintained a lifelong prejudice against lawyers, but with only a few hours [days, actually] left to him he had sent for one of the detested quill drivers to draw his will." The year was 1801, and that quill driver, legend has it, was Alexander Hamilton. Because Randall had inherited his wealth from his father Thomas, "America's best known privateer", Hamilton suggested it would be fitting for the bachelor to dedicate the land he owned "to the relief of unfortunate and disabled seamen".

By the time various legal challenges to Randall's will had been resolved in 1830, the 21 acres of Greenwich Village farmland that he had owned, and where he had envisioned Snug Harbor being built, were rapidly becoming more valuable as the city expanded northward. The Snug Harbor trustees decided it would be wise to locate the institution elsewhere and support it with rental income from the land in Greenwich Village. Considering "the habits and character of seamen", the trustees "feared that the heart of the city would offer too many temptations to Randall's sea dog wards."

So Snug Harbor was instead established on the north shore of Staten Island, overlooking the waters of the Kill van Kull. The former dormitory/administration building at left, now known as Building C, stood alone when the institution opened its doors in 1833, but it was gradually joined by many other architecturally distinguished structures and is now "the centerpiece of one of the most notable groups of Greek Revival buildings in the United States". (Here's a bird's-eye view of Snug Harbor to help you get a sense of the place.) The obelisk above marks the spot where Randall's remains were reinterred in 1834 after being exhumed from his original grave in Manhattan.

At its peak, Snug Harbor housed "nearly 1,000 ancient salts, who were left to live out their lives pretty much undisturbed, as long as they didn't get drunk and disturb the peace -- which, some accounts say, they did with some frequency." The institution's coffers were stuffed with income from its Greenwich Village holdings; a 1922 NY Times article called it "the richest charitable institution in New York". By the mid-20th century, however, Snug Harbor had fallen into decline, with its residents dwindling in number and its financial resources diminishing.

In the early 1950s, the trustees tore down several buildings, including the magnificent Randall Memorial Chapel, and in the 1960s they proposed "large-scale demolition and high-rise construction" on the grounds. But in 1965, the city's nascent Landmarks Preservation Commission stepped in and designated six of the most significant remaining buildings as landmarks, protecting them from destruction. Unable to maintain the deteriorating structures, the trustees decided to relocate the sailors' home to North Carolina in the 1970s, and they sold the Staten Island property to the city, which has gradually developed it into today's Snug Harbor Cultural Center & Botanical Garden. We'll spend most of the rest of the day walking around the grounds here and learning a little bit more about the place.