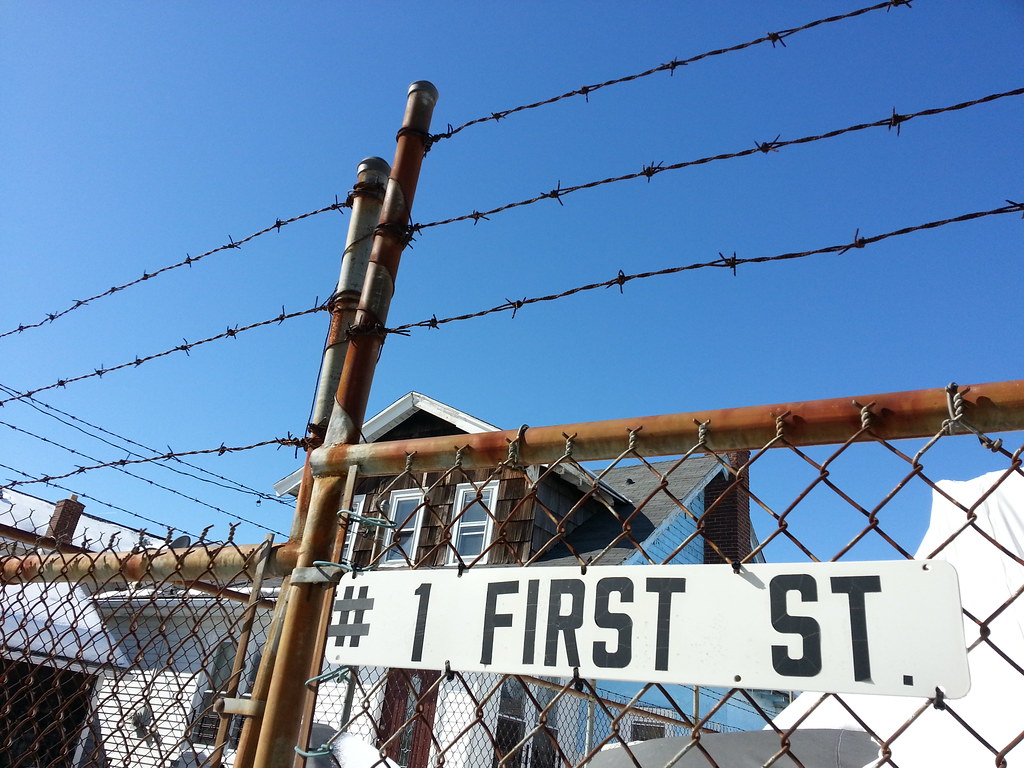 This sign is a good indication of how isolated the community of Meadowmere is. It's one of the very few places in Queens where the borough's standard hyphenated addresses are not used. And the street numbers (1st through 3rd) are an anomaly as well. Starting a century ago, a single massive, messy street grid was imposed on almost all of Queens, with the notable exception of the Rockaway Peninsula, which has an independently numbered set of streets. But there are still a couple of renegade pockets of the borough that have their own street numbers, and Meadowmere is one.

The street pictured above is one of three different First (or 1st) Streets in Queens. The one that belongs to the borough-wide grid is in western Astoria (map), and there is another in the almost-as-obscure-as-Meadowmere neighborhood of Ramblersville (map). Interestingly, while there's no Second or Third Street in Ramblersville, 102nd Street and 104th Street (and a handful of avenues/drives/roads) from the main Queens grid do manage to sneak in and mix it up with their low-numbered cousin.