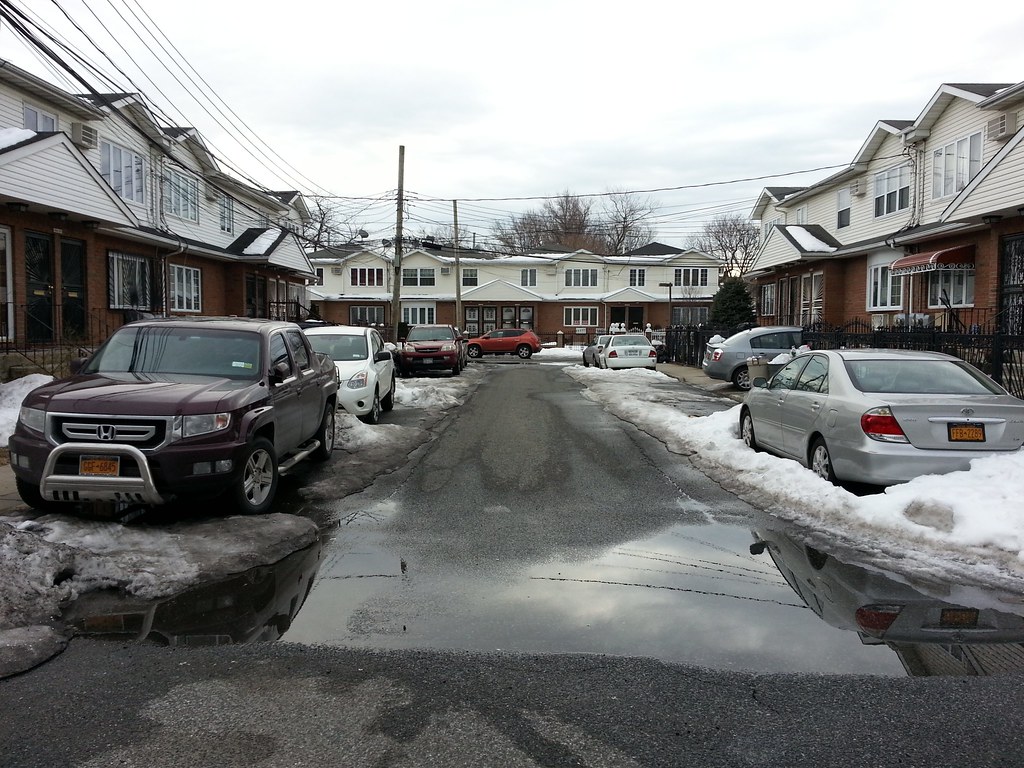 Every borough has at least one street named Broadway. Queens's main Broadway runs about four miles between Long Island City/Astoria and Elmhurst, but this block-long private street also carries the Broadway appellation. There's one other Broadway in Queens that I know of, a dinky little stretch of pavement out in Ramblersville.