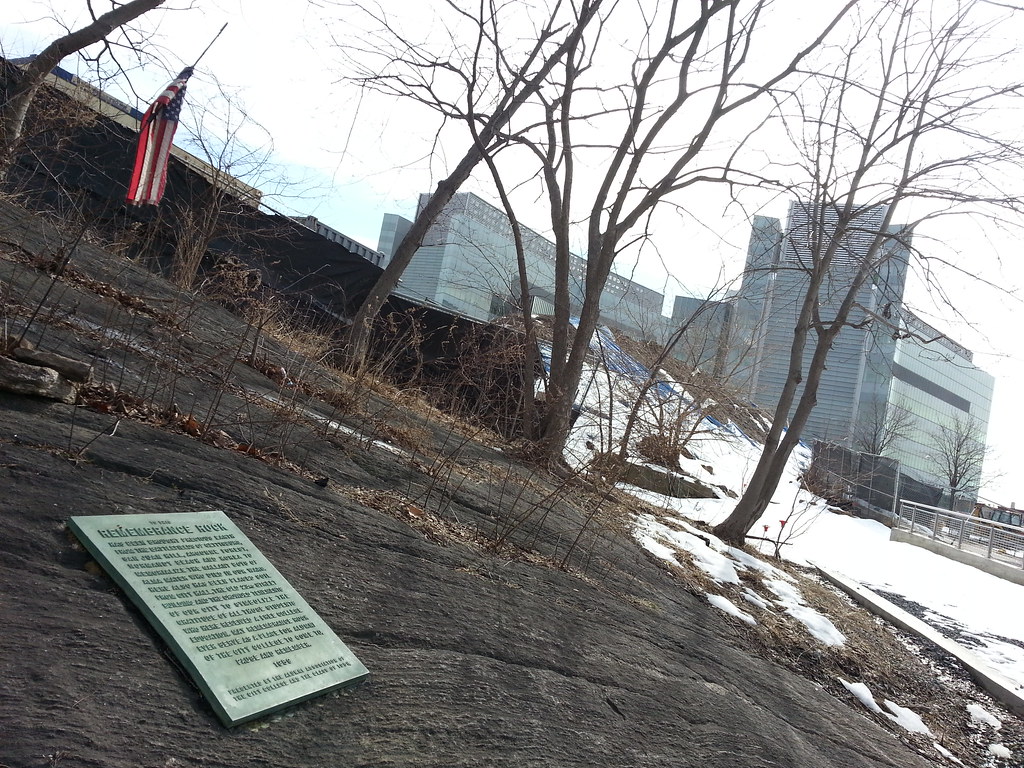 The plaque above, dedicated here on City College's South Campus in 1959, reads:

To this Remembrance Rock has been brought precious earth from the battlefields of Gettysburg, San Juan Hill, Argonne Forest, Normandy Beach and Korea to memorialize the gallant boys of Alma Mater who died in our wars. Here also has been placed soil from City Hall, the old 23rd Street building and the crowded tenements of our city to symbolize the gratitude of all those students who here received a free college education. May Remembrance Rock ever serve as a place for alumni of the City College to come to, pause and remember.

There's another nearby plaque, added to the rock in 1999, commemorating the decision of the city's public university system (CUNY) to adopt an open admissions policy in 1969, a decision spurred by the takeover of City College's South Campus that same year by more than 200 mostly black and Puerto Rican students protesting the college's lack of diversity.

Day 986: Goldenrod on the tracks