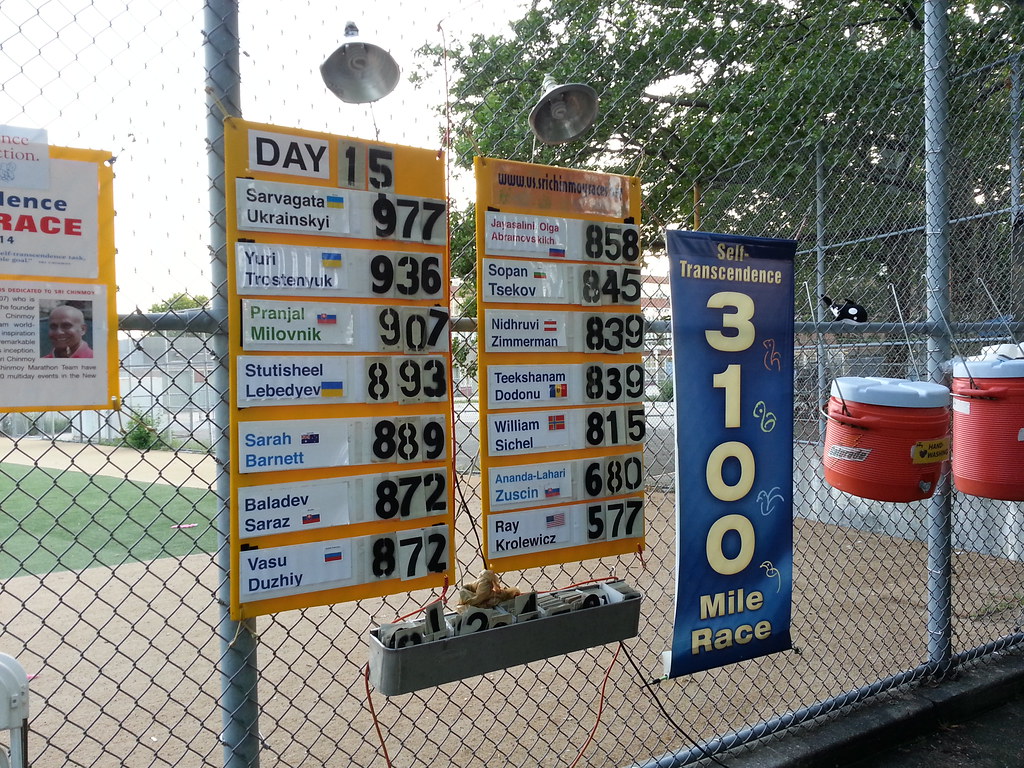 Day 15 of this year's Self-Transcendence 3,100 Mile Race begins in five minutes. The runners have to leave the course each day for six hours starting at midnight, so each new day begins at 6 AM. As you can see, Sarvagata has already covered nearly 1,000 miles in a mere two weeks. 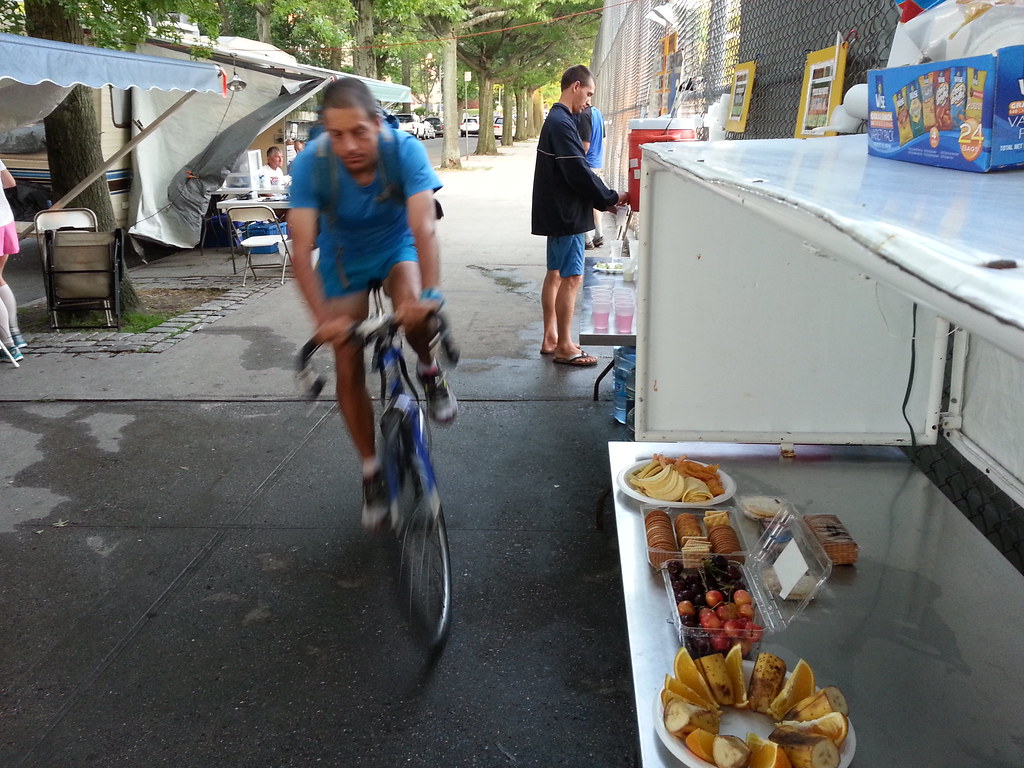 Sopan arrives two minutes before today's start. In addition to the 3,100 miles they must cover on foot, the runners also generally bike to and from their (relatively nearby) temporary residences each day. 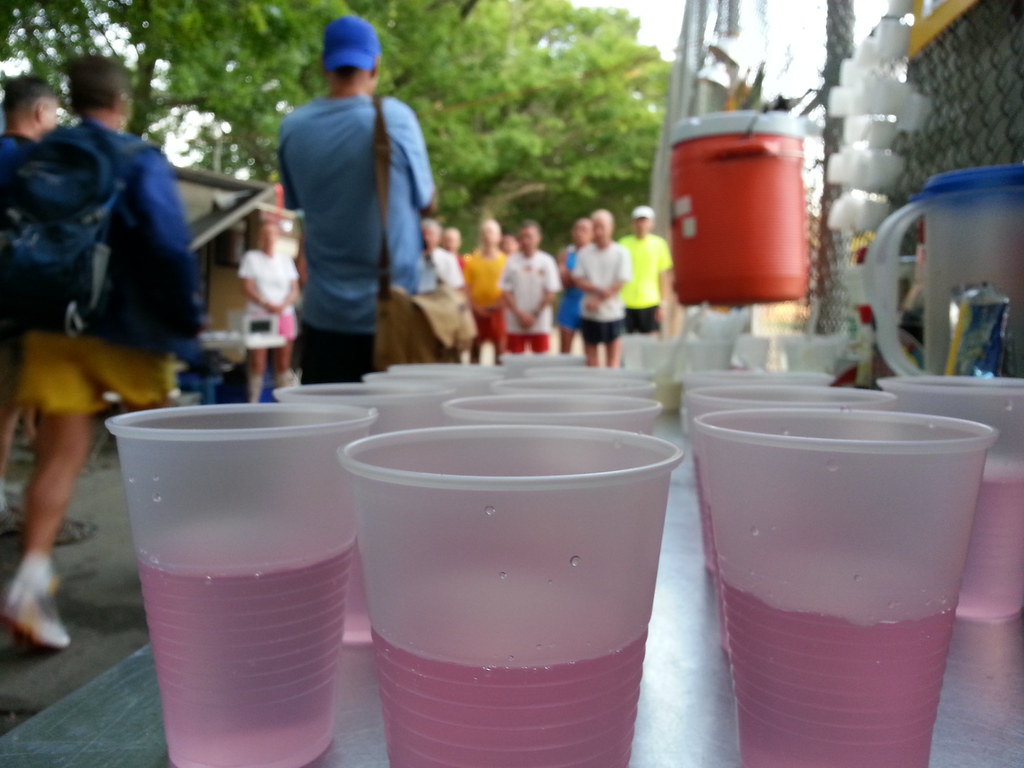 The runners gather at the starting line each morning for a few moments of silent reflection before the day begins. Vasu, with the backpack, just arrived and is rushing to get ready.

On the first day of this year's race, several hours in, Vasu stopped mid-block to speak to me just as I was leaving. In Russian-tinged English, he started saying something about my mother, and I thought he must have had me confused with someone else, because how would he know my mother? Then I remembered that my parents had visited New York last summer and we had stopped by the race, although it was only for a few minutes. But it was apparently long enough to make an impression. Vasu went on to tell me that my mom has a beautiful smile, and that he still remembers it all this time later. He just wanted to let me know, and then he kept running. 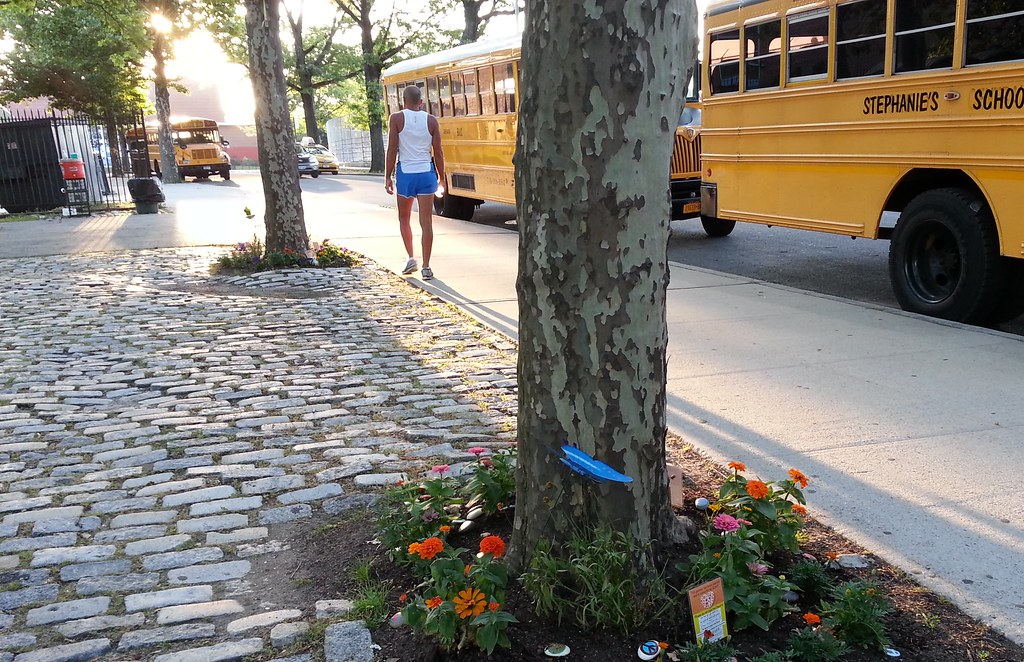 Sarvagata heads into the light of the early-morning sun on yet another trip around the block. 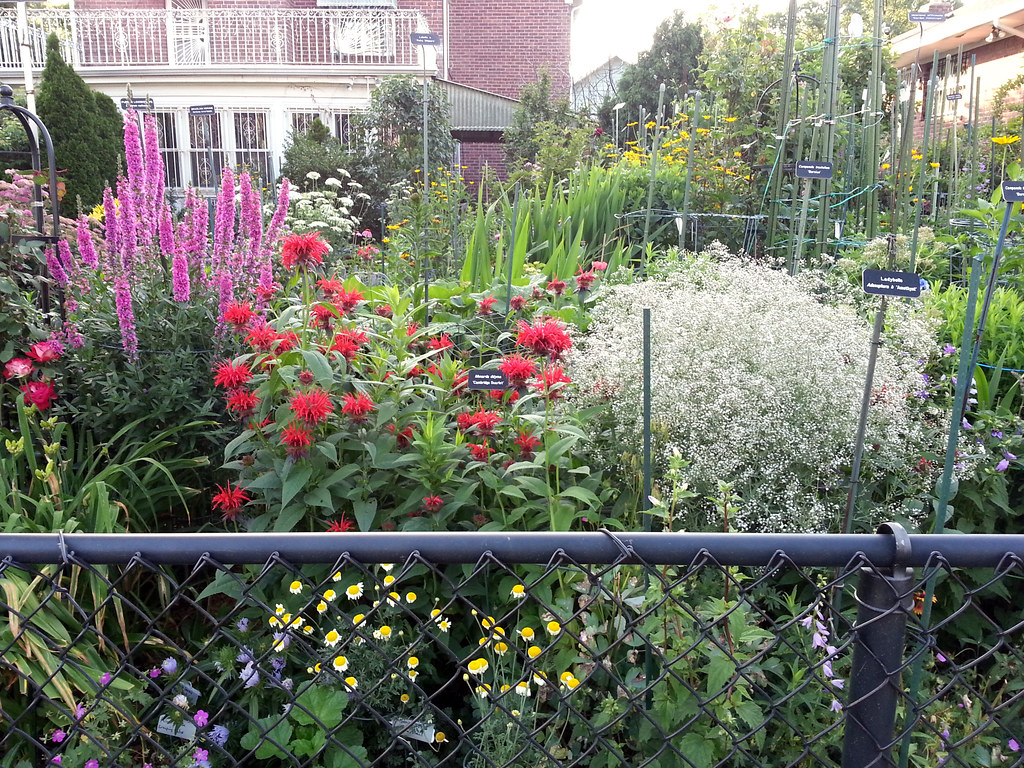 This is just in somebody's yard.

Morning on a lawn 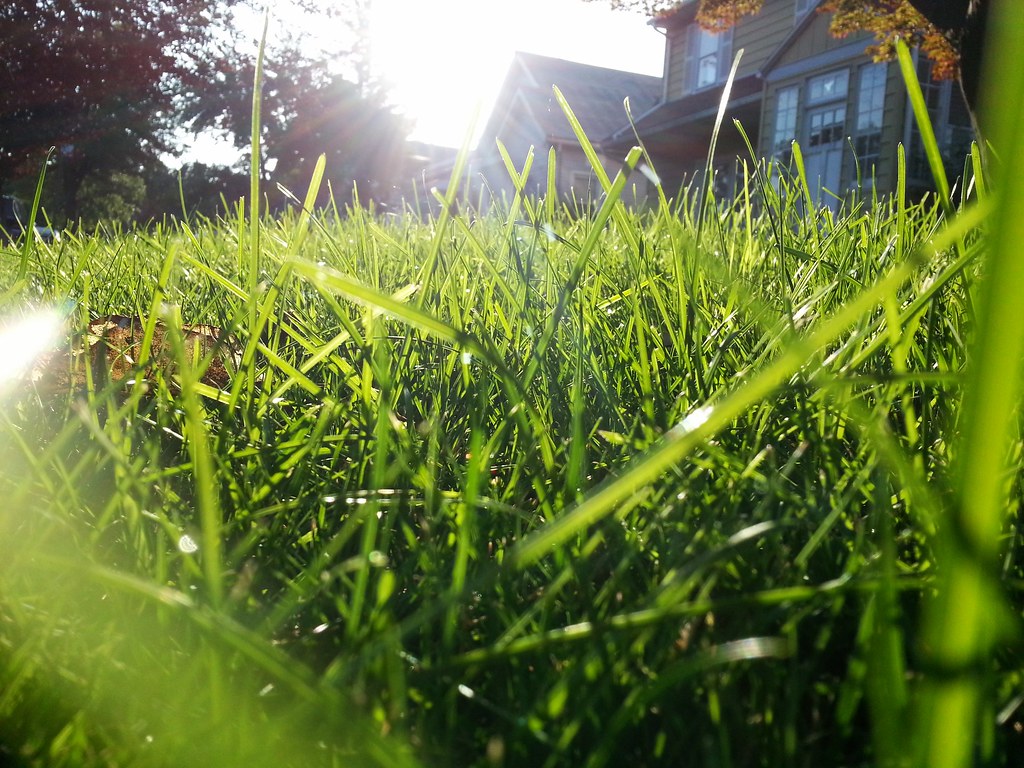 Speaking of green, I came across 16 dollars (a ten, a five, and a one) lying on the ground shortly after I took this photo — the most money I've found on this walk. I pick up a lot of pennies and occasionally other coins, but I very rarely find paper money. 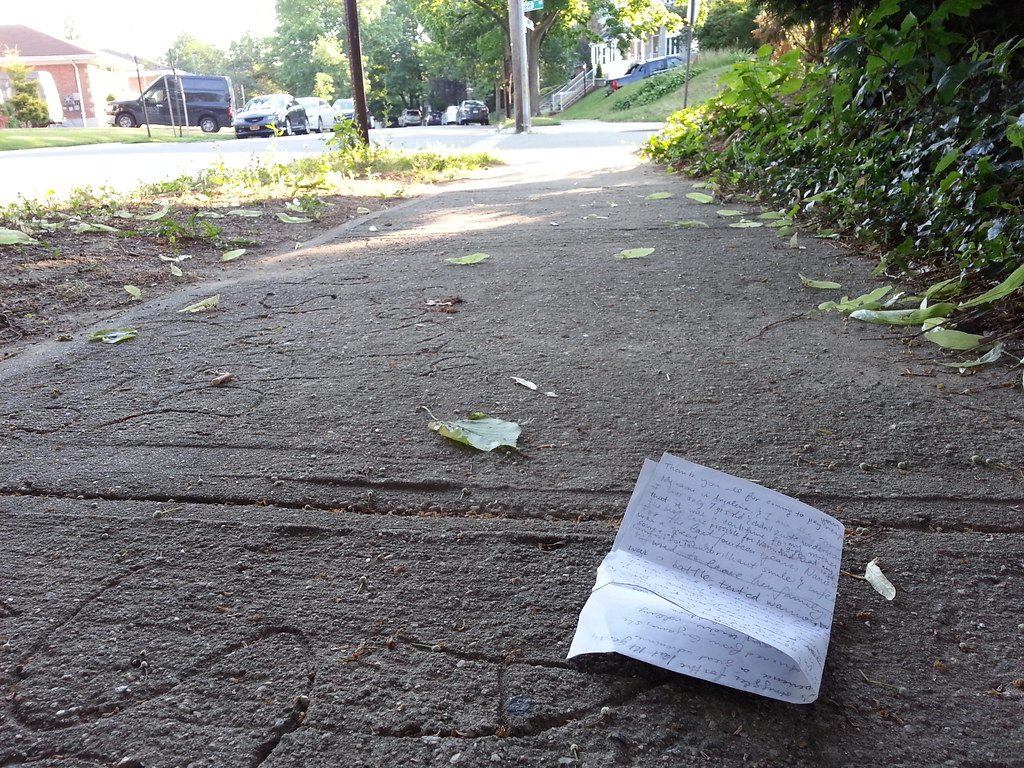 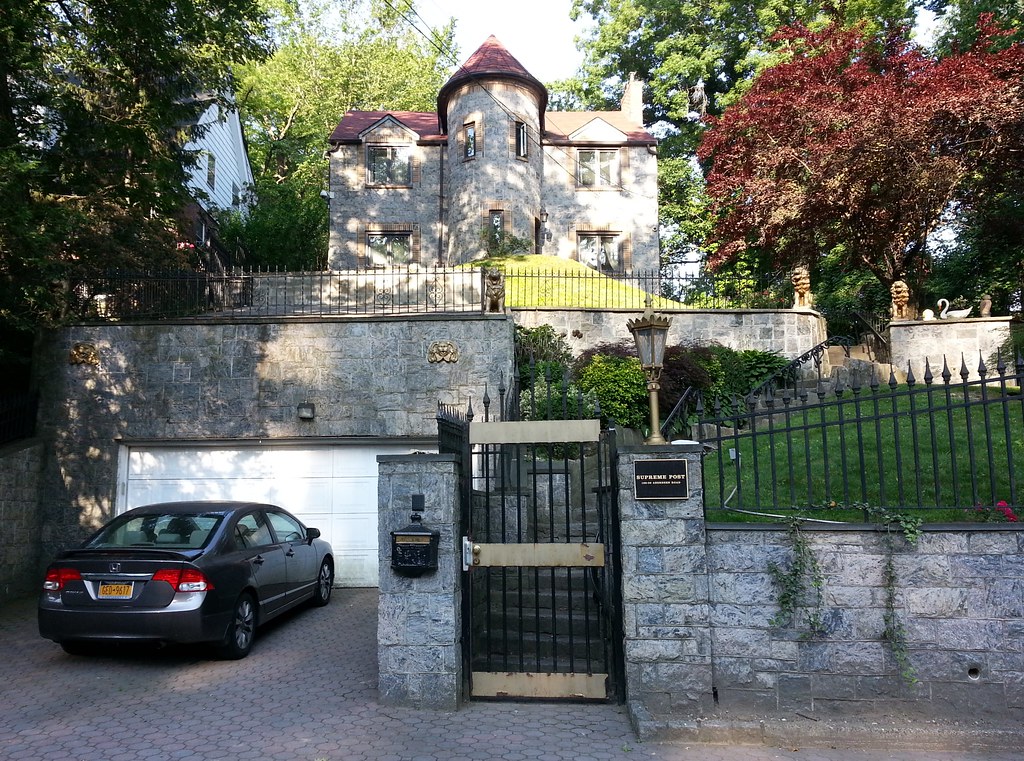 is the name of this fortress-like house, according to that plaque by the gate. 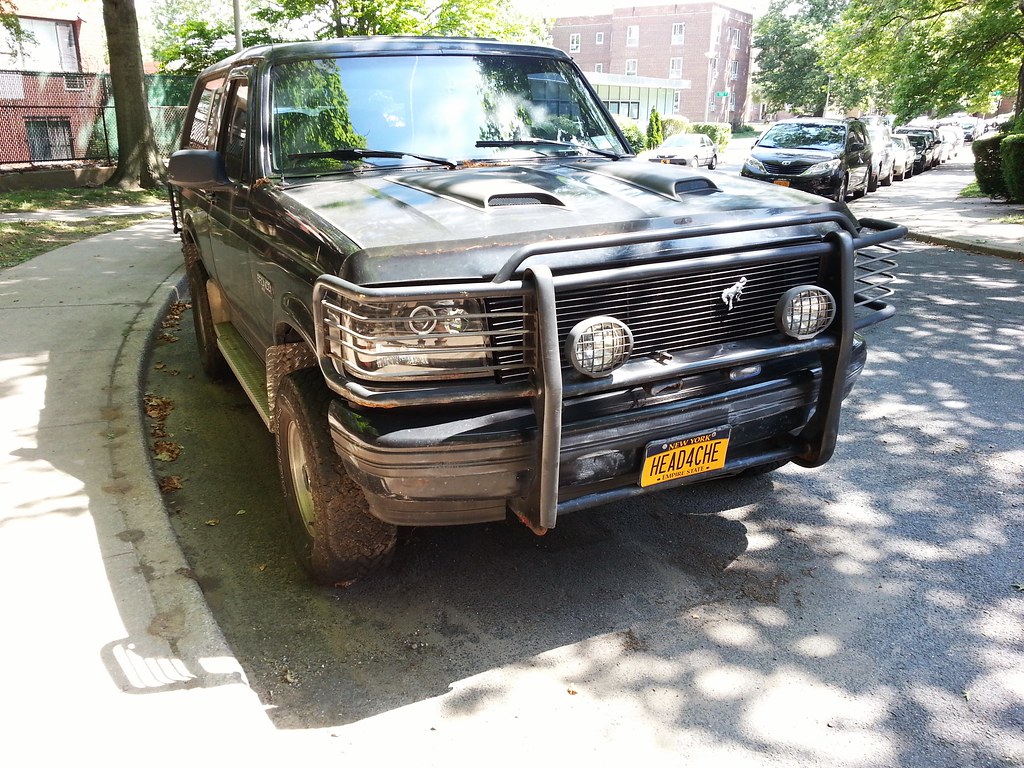 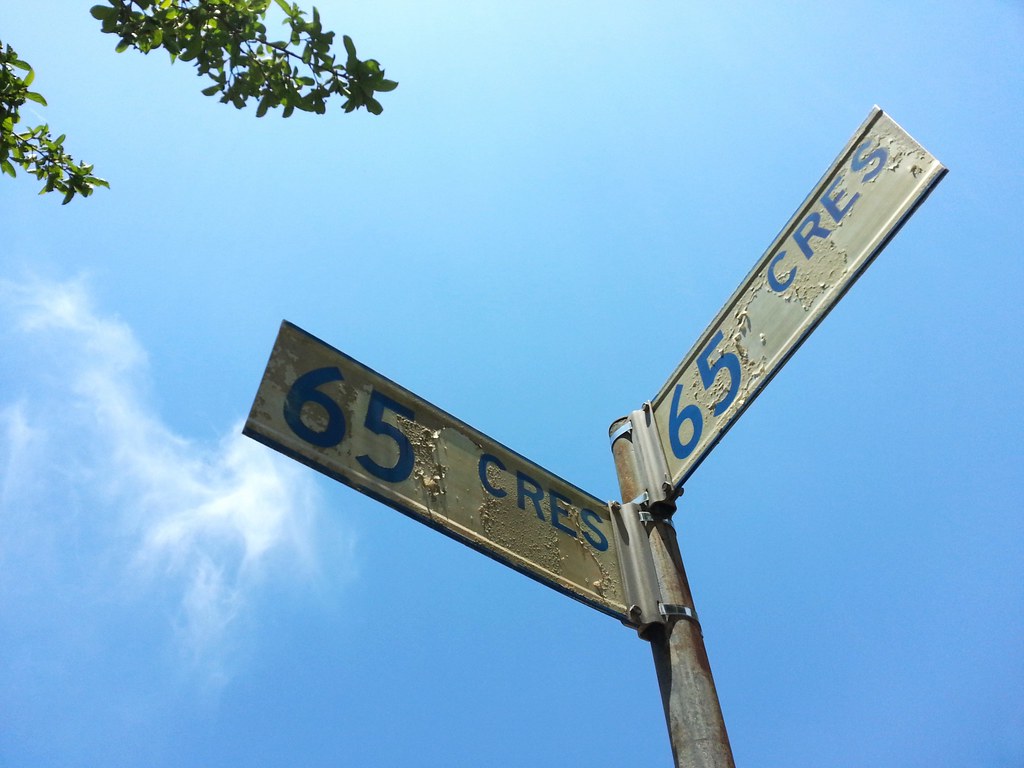 Classic Queens. This ridiculous intersection is marked by rare survivors from the days when NYC streets signs were color-coded by borough. 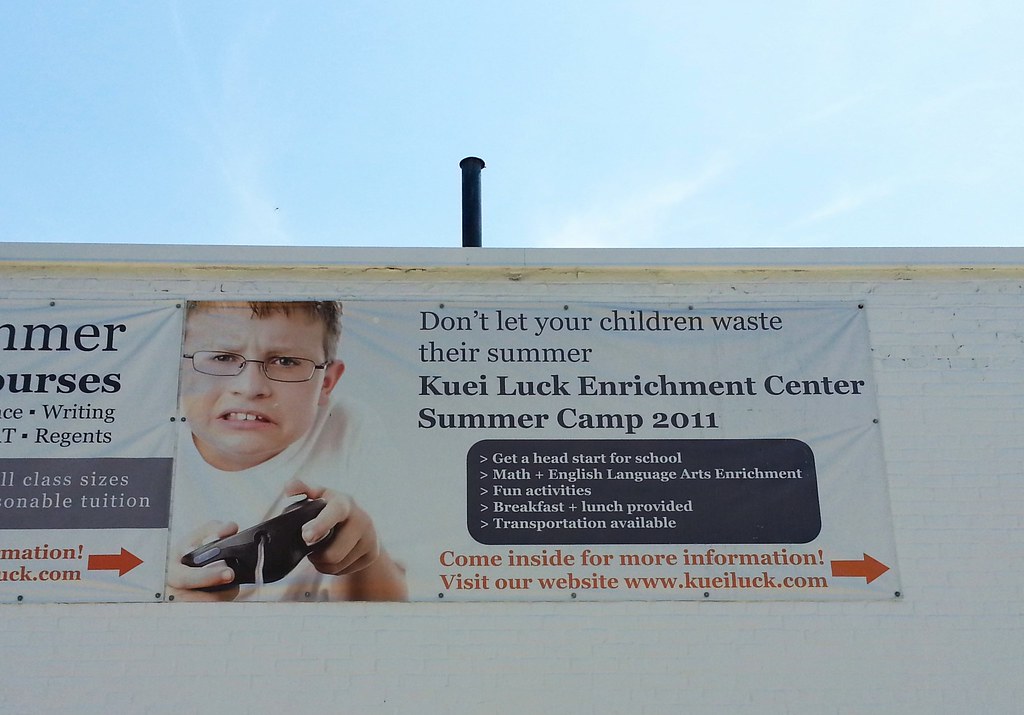 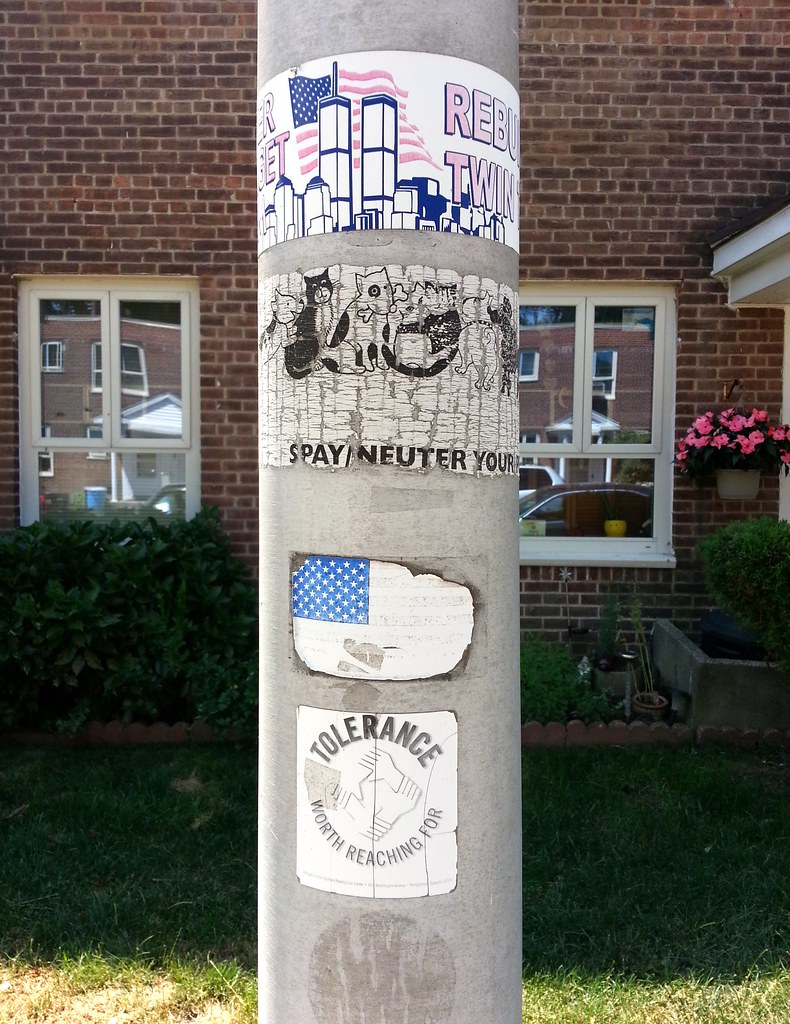 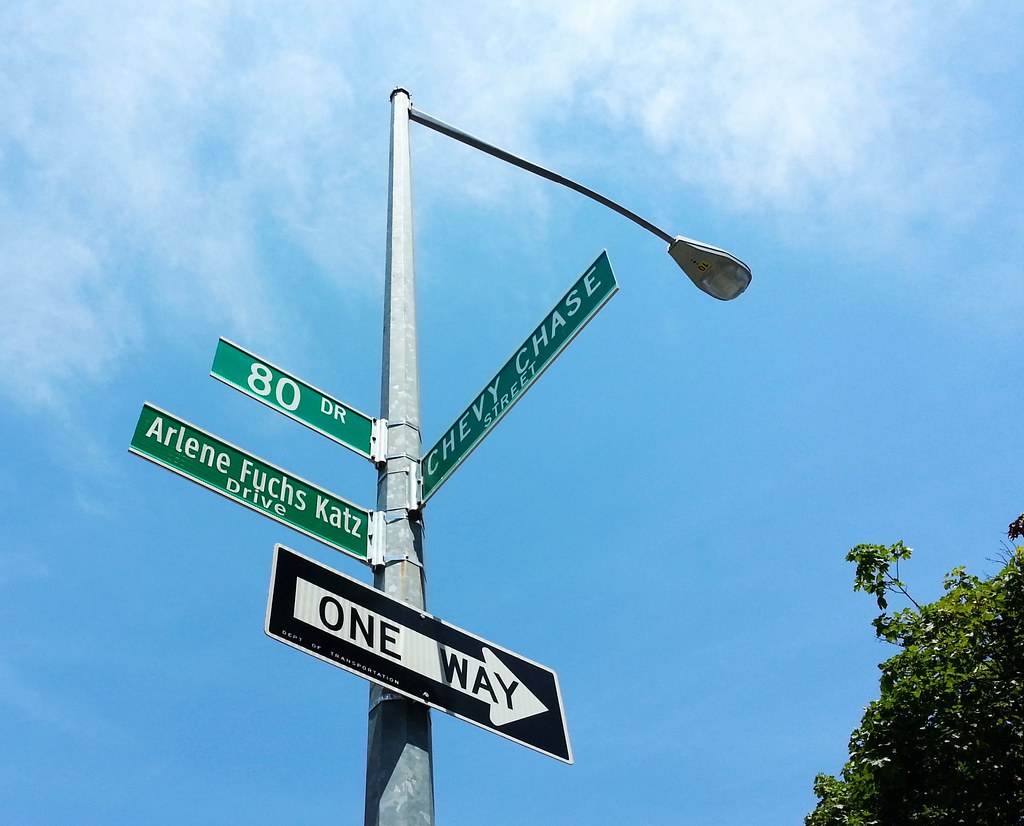 A great woman with a great name

Day 484: Painting the Tent of Tomorrow