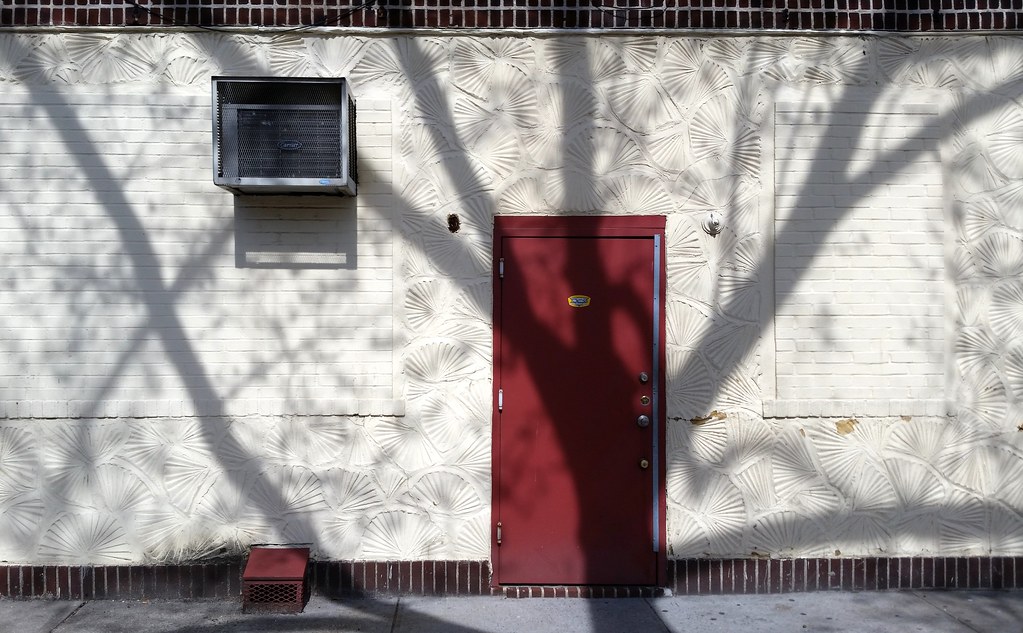 After photographing this bizarre facade (just two doors down from the Little Brown Jug), I discovered that it makes an appearance as the exterior of a mobster warehouse in the 1990 movie Quick Change, starring and co-directed by Bill Murray (his only directing credit to date, in fact).

You can just barely make out the fan pattern as the main characters open the door at the beginning of this scene, in which they encounter the mobsters. But the building is easily recognizable, though partially painted blue and graffitied, in this subsequent scene, at 2:36, when Mario, "that big bald giant with the stupid sunglasses", walks up to the door.