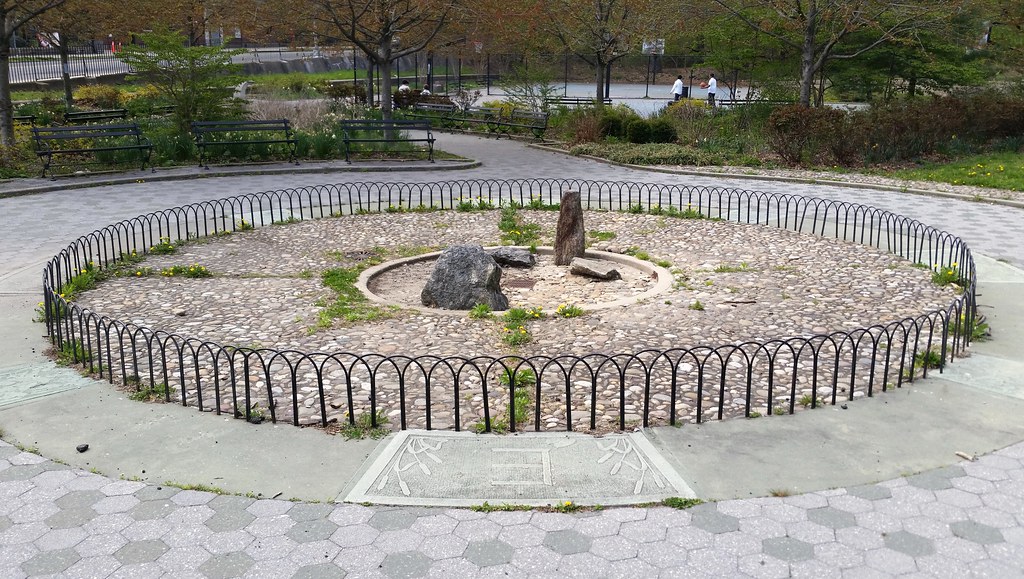 This "fountain made of glacial rocks" (a bit of an overstatement) and the basketball courts behind it sit on the former site of Jackson Pond, once a popular recreational spot here in Forest Park. You can trace the progression of the site over the years using aerial photos:

The big E in the foreground of the photo above is the East part of a compass rose. Former Parks Commissioner Henry Stern must have been particularly fond of compass roses, judging by the number I've seen in parks and playgrounds built or renovated during his tenure. In between the cardinal direction tablets are other panels depicting natural scenes inhabited by little fairies.