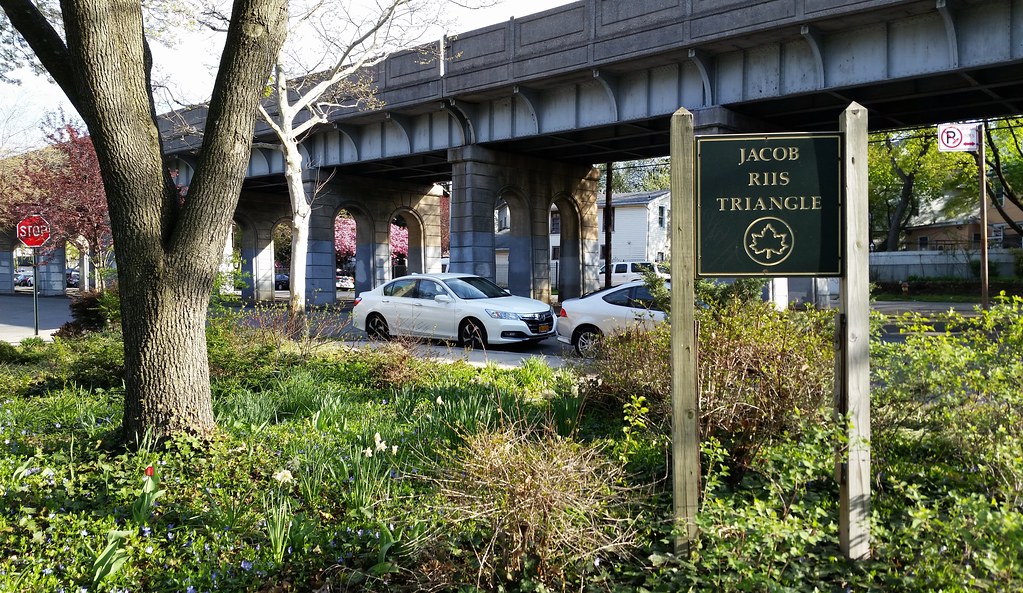 This tiny piece of parkland in Richmond Hill honors Jacob Riis, the social reformer, muckraking journalist, and flash photography pioneer who was also, fittingly, a champion of turning unused plots of land into small parks.

Riis moved to Richmond Hill with his wife and children in 1886. He had discovered the town on a long walk one day in 1884, and he was so impressed with what he called "the most beautiful spot I had ever seen" that he returned the next day to select a lot for his family's future house. He lived in the community for many years and became a member of the Church of the Resurrection, having left his previous church because it would not invite him to present his slide show lecture — the predecessor of his seminal 1890 book How the Other Half Lives — about the appalling living conditions endured by the city's poor.