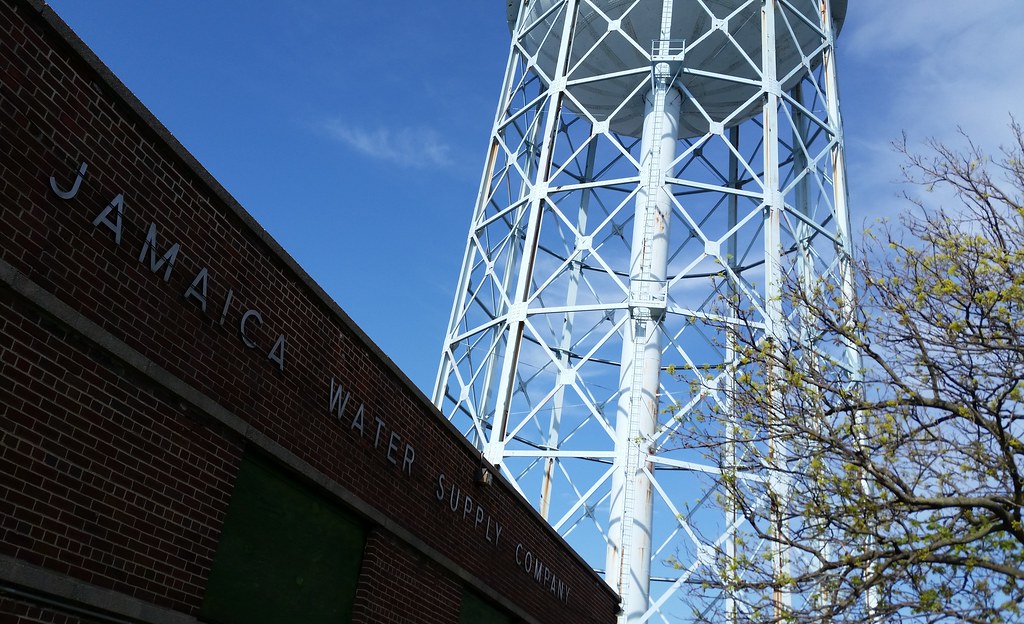 The Jamaica Water Supply Company once provided southeastern Queens and parts of Nassau County with drinking water pumped up from local wells. NYC bought the company's Queens properties in 1996, but hasn't used any of the wells to supply water since 2007. Like the rest of the city, southeastern Queens now gets all its water from upstate reservoirs.

The water tower above, now owned by the city, is one of several of the company's old storage tanks that can be found in southeastern Queens. (Now a solid light blue, it used to be painted much more festively, as you can see in this 1964 photo. Note also, at the far right of the photo, the directional sign for the 1964 World's Fair.) I've previously posted photos of a few of the other old tanks, and I saw another tower very similar to the one above earlier today.