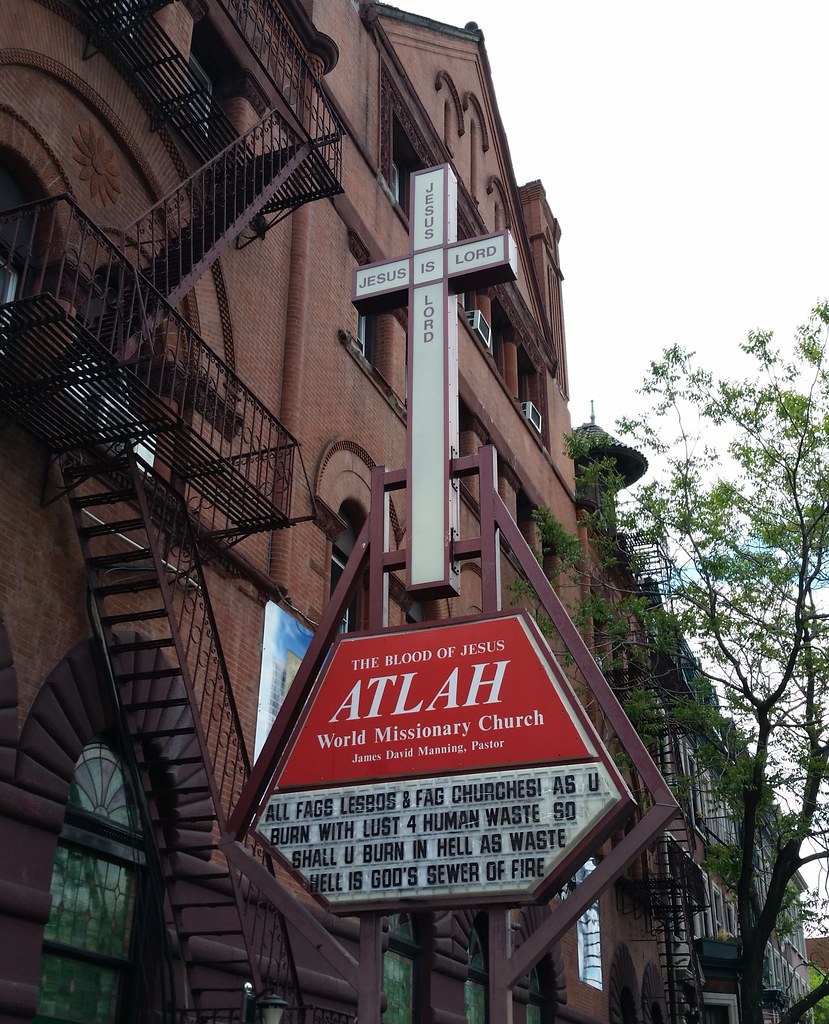 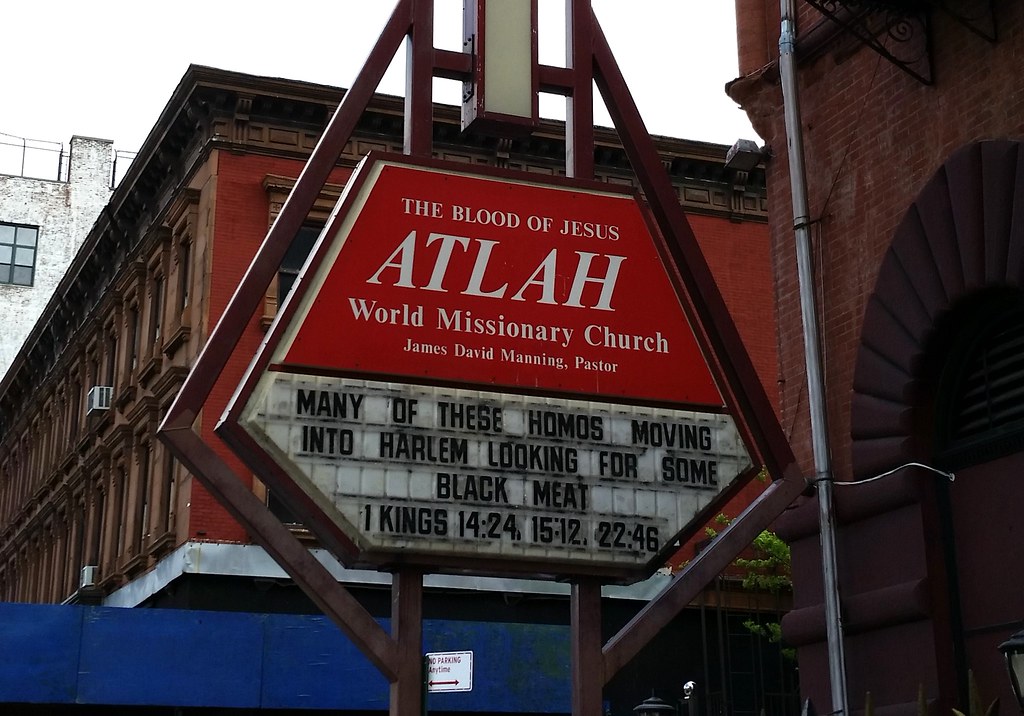 Absurd and hateful messages like these can often be found on display outside ATLAH World Missionary Church. The pastor, an ex-burglar named James David Manning, seems to truly believe the preposterous things he preaches (Oprah Winfrey is the Antichrist; Barack Obama, Bill Gates, and Bill Clinton are going to deport all the black people in America to Haiti and Africa; Starbucks flavors its lattes with sodomites' semen; and so much more), but I continue to hold out a small sliver of hope that he's just Andy Kaufman in disguise.

BREAKING NEWS from Pastor Manning: "Sodomites sent me a bucket of poop. . . . Somebody pooped in a bucket, in a plastic bucket, and they put a plastic lid on it, and they put it in a box and mailed it to me."

It turns out that the main public conduit of Manning's bigotry, the sign outside the church, was illegally installed. Because the church is located in a historic district, modifying the exterior appearance of the building — e.g., erecting a big sign — requires permission from the city's Landmarks Preservation Commission, which the church never sought. While ATLAH has been issued violations by the LPC for making multiple unauthorized alterations to the building, and may be fined as a result of those violations, my understanding is that the city has no power to force the church to remove the illegal sign.

UPDATE (February 26, 2016): ATLAH has indeed been fined for its LPC violations, but that's the least of its financial problems. Having never paid its water and sewer bills, the church now owes more than a million dollars and is facing foreclosure. Two of the leading candidates to buy the building if the church gets booted out are an LGBT-friendly church and a homeless shelter for LGBT youth.

You can learn more about the situation in this Daily Show video. Defiant in the face of foreclosure, Manning proclaims that "Sodomites will carry babies in their testicles for nine months and then gestate them out of their assholes before this church is closed."