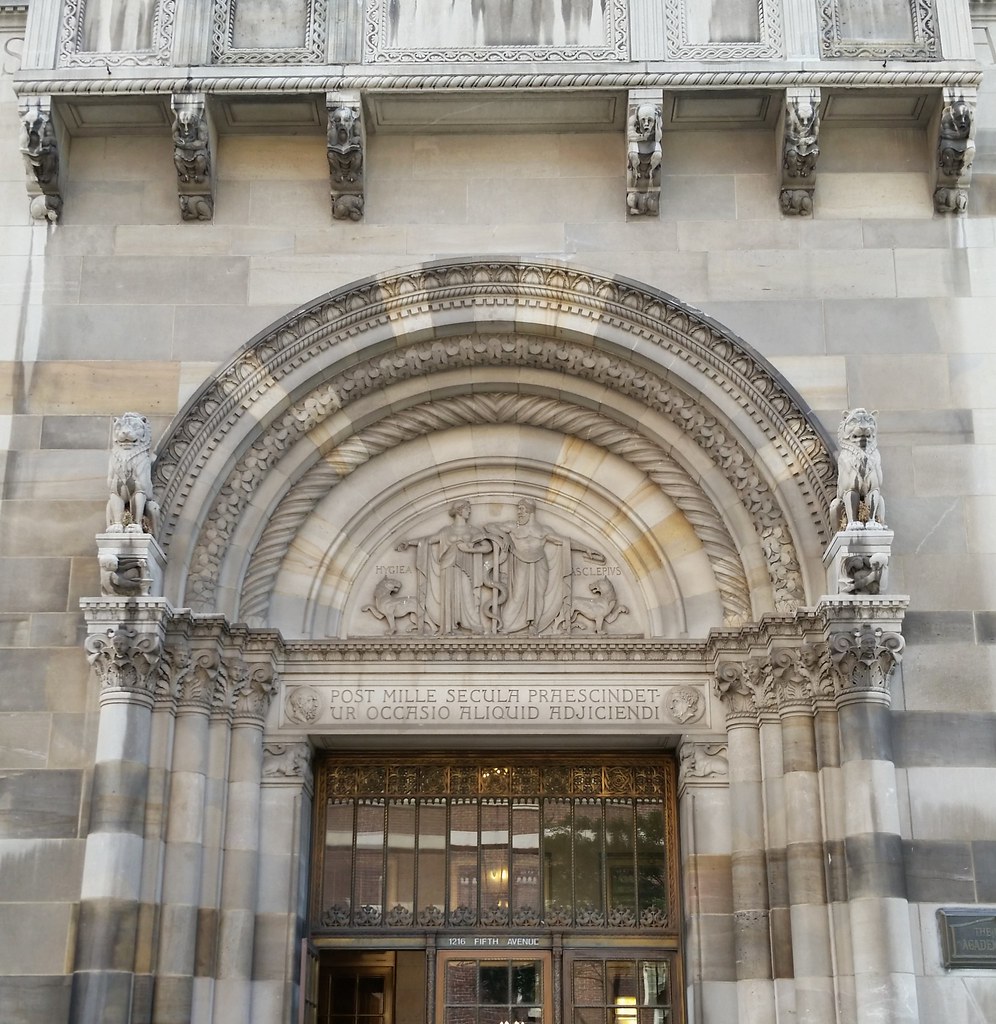 Completed in 1927, the academy's building is home to, among other things, "one of the most significant historical libraries in medicine and public health in the world". The library, which was started back in 1847, now holds more than 550,000 volumes, including an extensive rare book collection that "contains 85 to 90 percent of the medical books printed in what is now the United States between the late 17th and early 19th centuries".

There are also many historical artifacts in the library's possession, such as the lower half of a set of George Washington's dentures, made from human teeth set in hippopotamus ivory and designed to fit around the president's last remaining tooth — which, by the way, the academy also owns!

You can view some samples of the library's holdings here (relatively tame) and here (relatively gruesome), and you can see a 360-degree panorama of the beautiful rare book reading room here. You can also go visit the library in person; it's been open to the public since 1878. Just make an appointment or show up for one of the monthly tours.