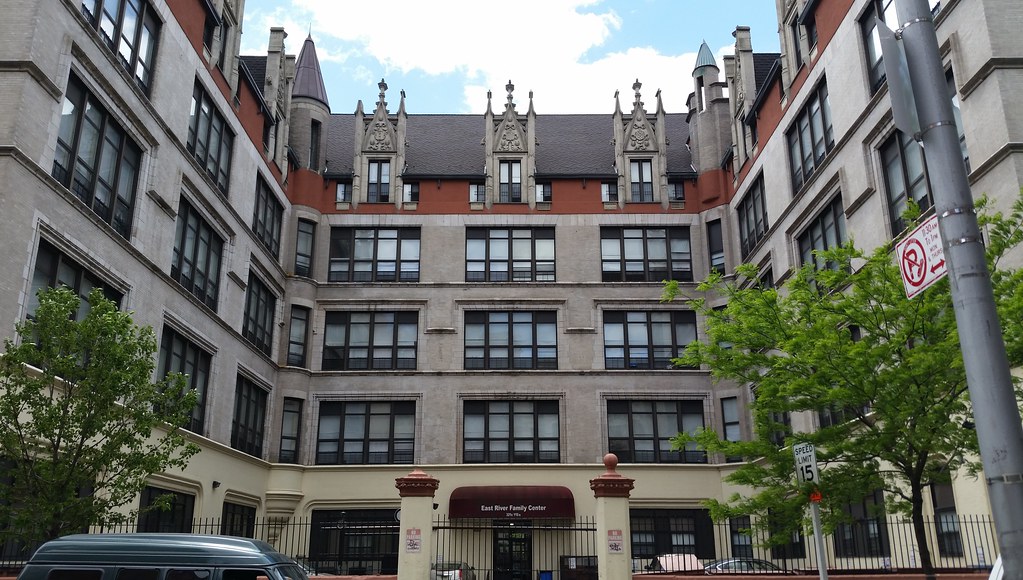 The East River Family Center, a homeless shelter, now occupies this old public school. In 1976, a teenager named Randall Dana removed some gargoyles from the dormer windows of the then-abandoned building, adding them to what was becoming a massive collection of salvaged architectural ornaments from around the city. He later sculpted his own versions of the original gargoyles (1, 2, 3, 4) and now offers them for sale along with other similar works.