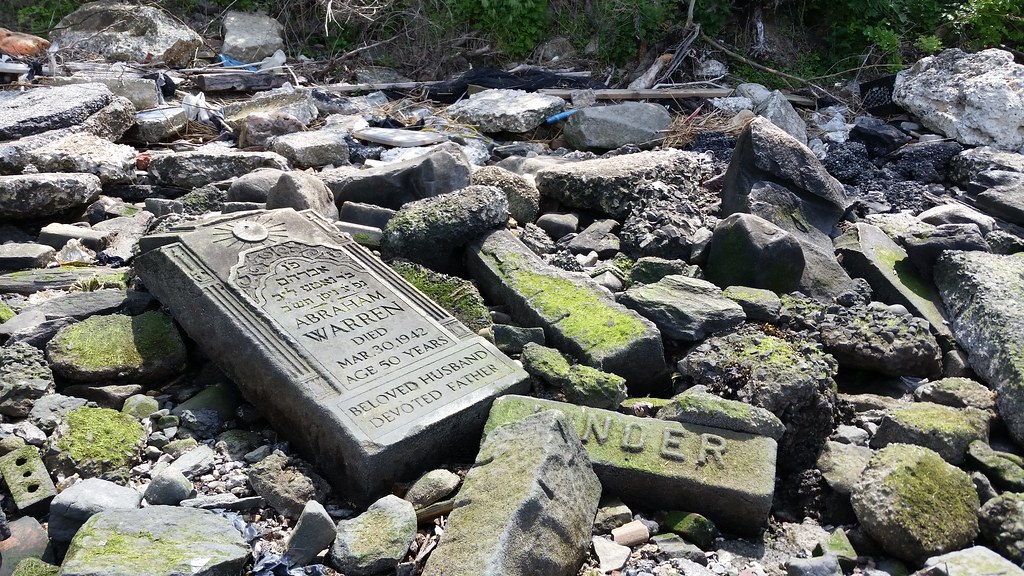 Mr. Warren, like David Kartman, is buried in Mount Hebron Cemetery. I visited his grave there and found the headstone pictured below. 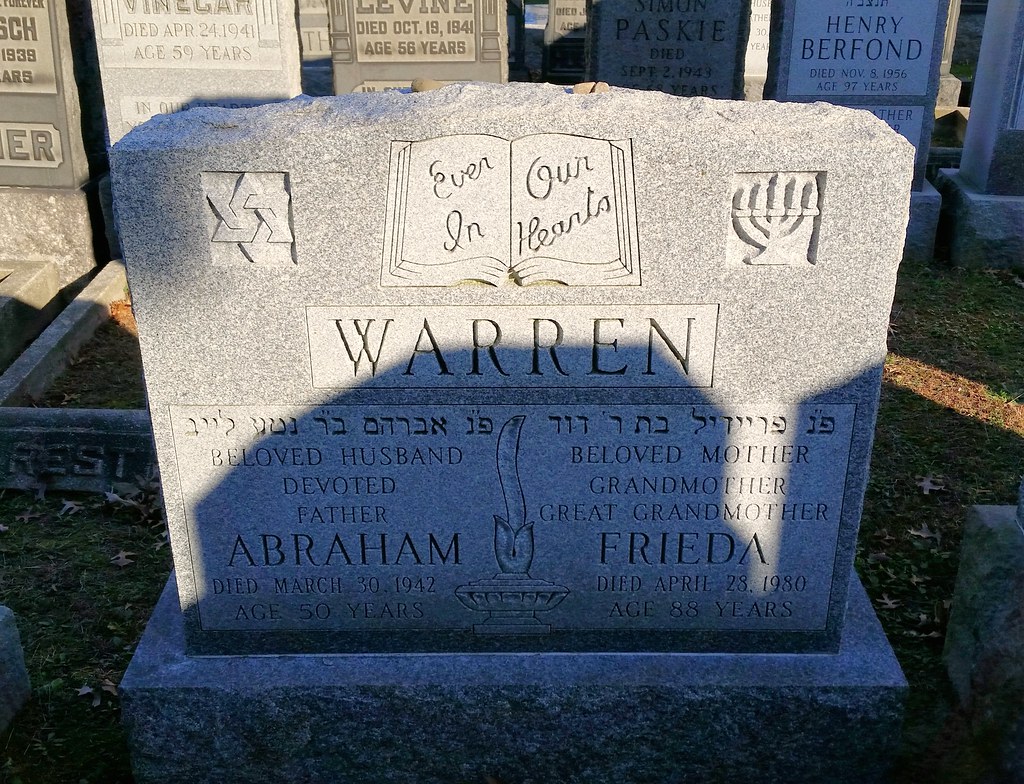 Mr. Warren's widow, Frieda, died 38 years after him. My first thought upon seeing the new stone was that when she passed away, the couple's children, perhaps acting on the wishes of their mother, must have replaced their father's headstone with a shared one for both of their parents.

But Ms. Warren died in 1980, and an NY Times article about all the gravestones out here on the waterfront says the landfill in which they were dumped closed in 1977. Given that discrepancy, and because Mr. Warren's stone lies a few hundred yards east of where the vast majority of the others are clustered, I began to wonder if his stone, as well as some of the rubble surrounding it, was just illegally dumped on the beach here one night by a shady disposal company a few years after the landfill had closed.

Of course, it's also entirely possible that Ms. Warren had the new, shared headstone put in while she was still alive, and that Mr. Warren's old stone had to be removed and discarded while the landfill was still open.