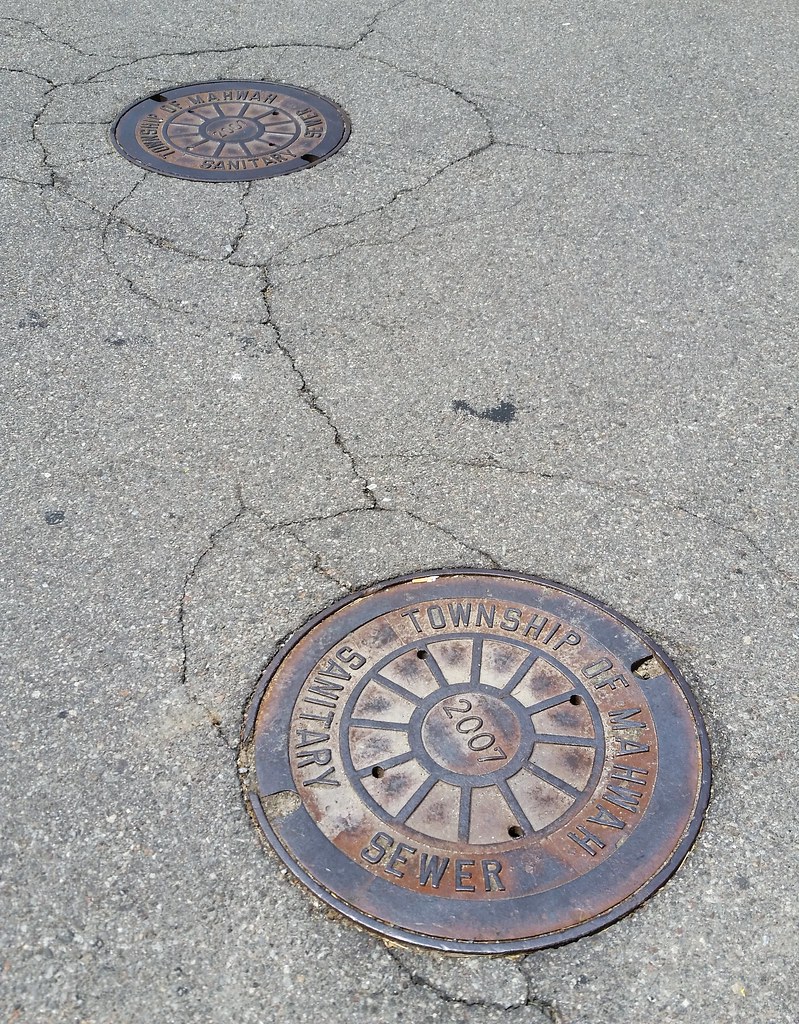 Among the abundant manholes of Soundview Pointe/Estates, there are quite a few covers that were made for the sanitary sewer system in Mahwah, New Jersey — at least eight, all dated 2007*. Were they purchased from Mahwah at a surplus auction? Was Mahwah unable to use them because of some defect? Did someone steal them? Given that the Soundview developers were the kind of people who see a contaminated landfill as a profitable place to build town houses, I wouldn't rule out any unconventional manhole-cover acquisition tactics on their part. I called the Mahwah Department of Public Works to see if anyone there could offer any insight, but the guy I spoke to found this all just as strange as I do.