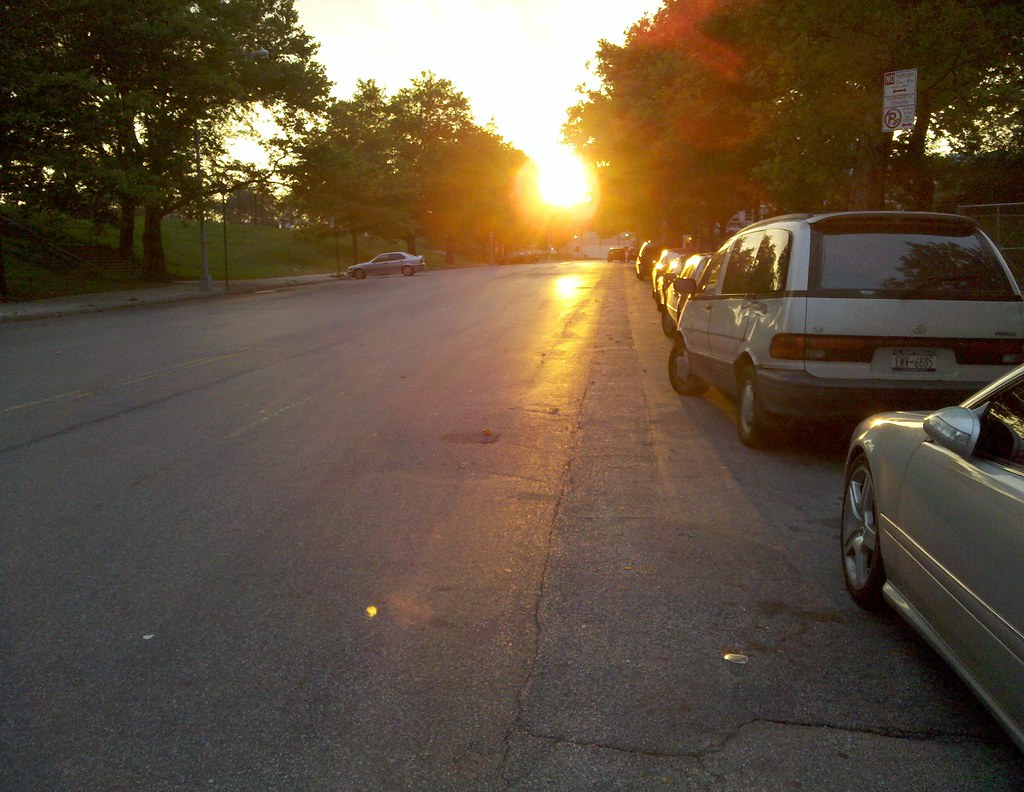 Manhattanhenge (the two times each year — about three weeks before and three weeks after the summer solstice — when the setting sun aligns with the Manhattan street grid) has become quite a spectacle in recent years. (Drivers may know it better as the fifteen minutes or so when they can't see a goddamned thing heading west across town, including the throngs of spectators out in the middle of the street.)

West 205th Street here in the Bronx is angled a tad further north than its counterparts on the Manhattan grid, so its second henge of the year occurs a few days before Manhattan's. It doesn't quite compare to the sight of the sun nestled at the bottom of a Midtown canyon, but sometimes comparing is for fools.