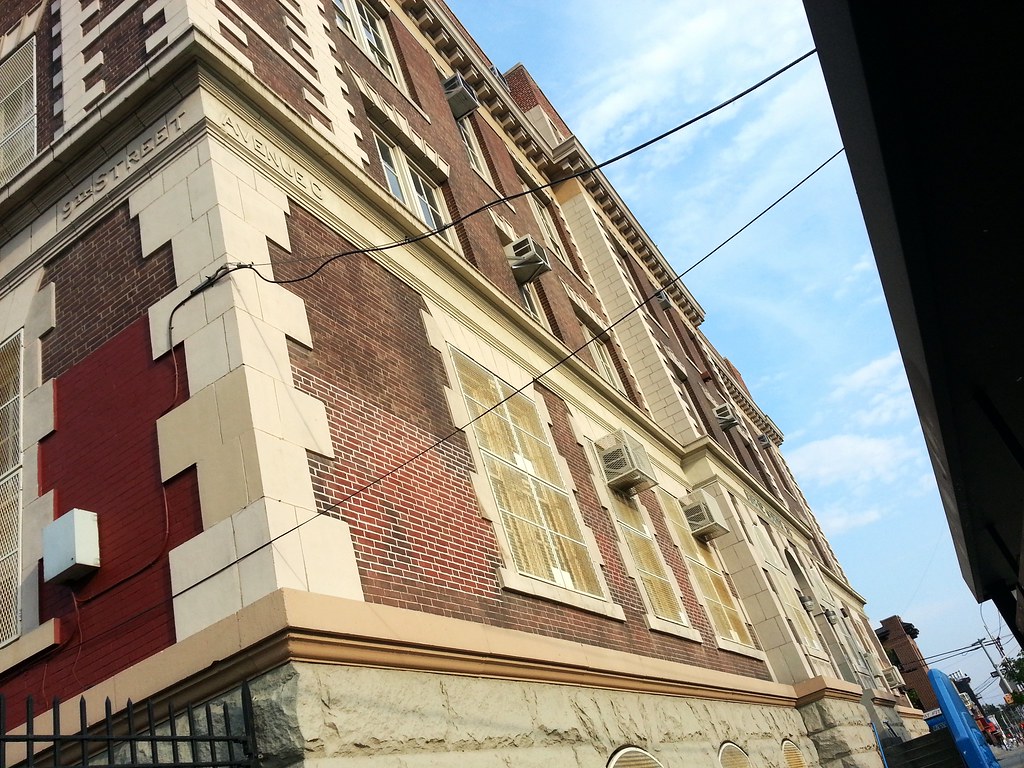 Standing here at the corner of Watson and Castle Hill Avenues in the Bronx, I was surprised to look up and see two totally different street names inscribed on the sides of PS 36, as if the school had been uprooted from Alphabet City in a tornado and dropped back to earth on this spot, ten miles away. It turns out, however, that back in the latter half of the 19th century, before the Bronx existed as a borough, this intersection did indeed bear the names of 9th Street and Avenue C, when it stood amidst the street grid of the old village of Unionport.