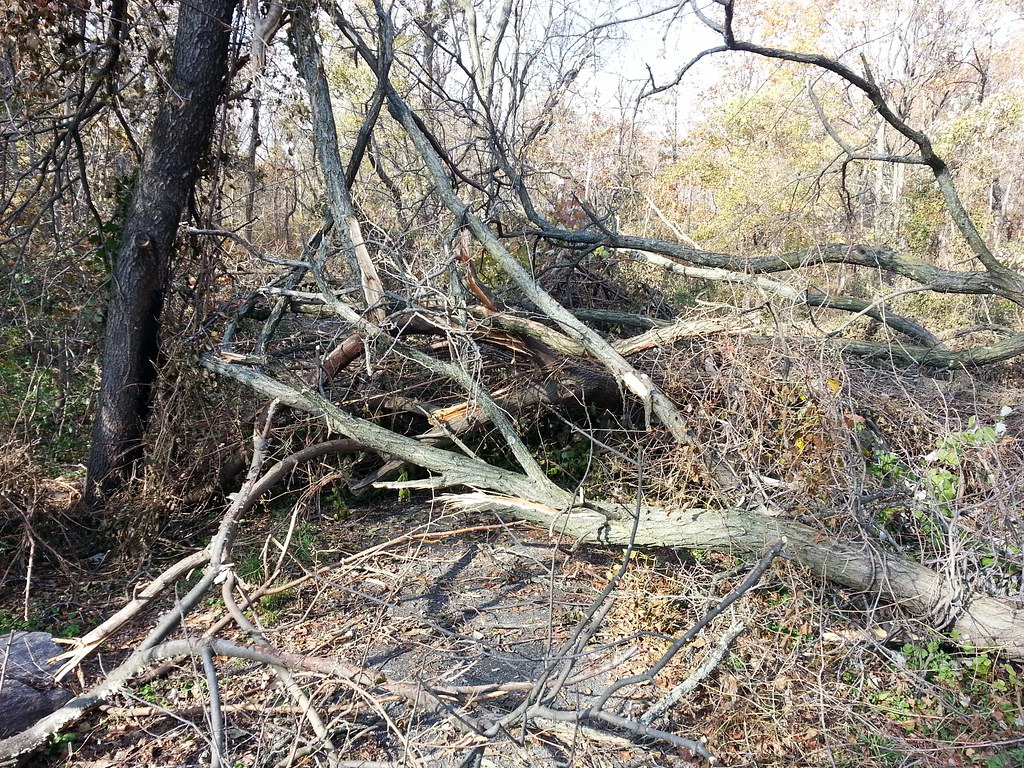 While Hurricane Sandy notoriously devastated much of coastal New York, the vast majority of the city escaped relatively unscathed. Sitting safely above the height of the floodwaters (check out this map to get a sense of things), most neighborhoods were subjected only to the storm's high winds, which — not to downplay things — did topple more than 10,000 trees in NYC alone. Two weeks later, all the fallen street trees seem to have been hauled away, but there are still plenty of arboreal casualties on display in parks across the city. Here in the Bronx's beautifully forested Seton Falls Park, a trail is rendered impassable by a tangle of downed branches.

Day 10: Beneath the Cross Bronx