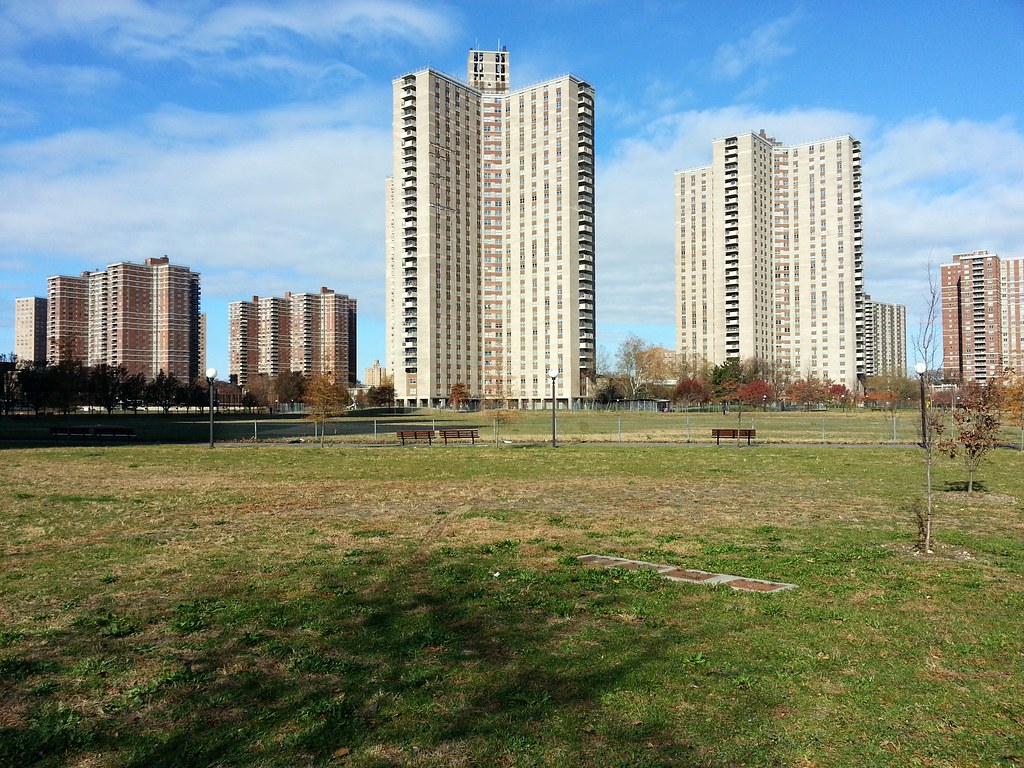 These are just a few of the dozens of buildings that constitute Co-op City, the massive agglomeration of high-rises and town houses in the northeast Bronx that's been looming on our horizon for many months now. Built in the late 1960s and early '70s on the former site of a US history-themed amusement park called Freedomland (billed as the "Disneyland of the East" until it folded a mere four years after its 1960 opening), it's the country's largest cooperative housing development, with about 55,000 residents!