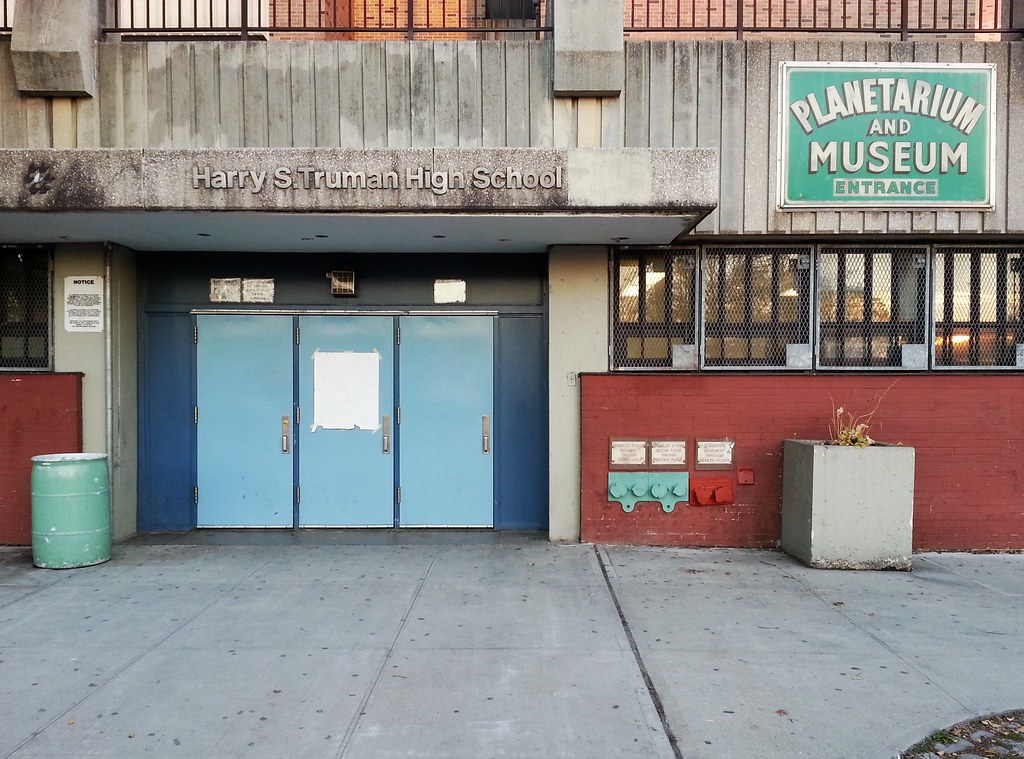 This school has its own planetarium!

While we're on the subject, sort of, here's an important Truman-related factoid: The US has had two presidents with the middle initial "S". Harry S. Truman's middle name was simply S (he generally signed his name with a period after the "S" even though it didn't stand for anything). Ulysses S. Grant was born Hiram Ulysses Grant. The congressman who nominated him to West Point mistakenly wrote his name as "Ulysses S. Grant", and Grant just continued using that appellation going forward.