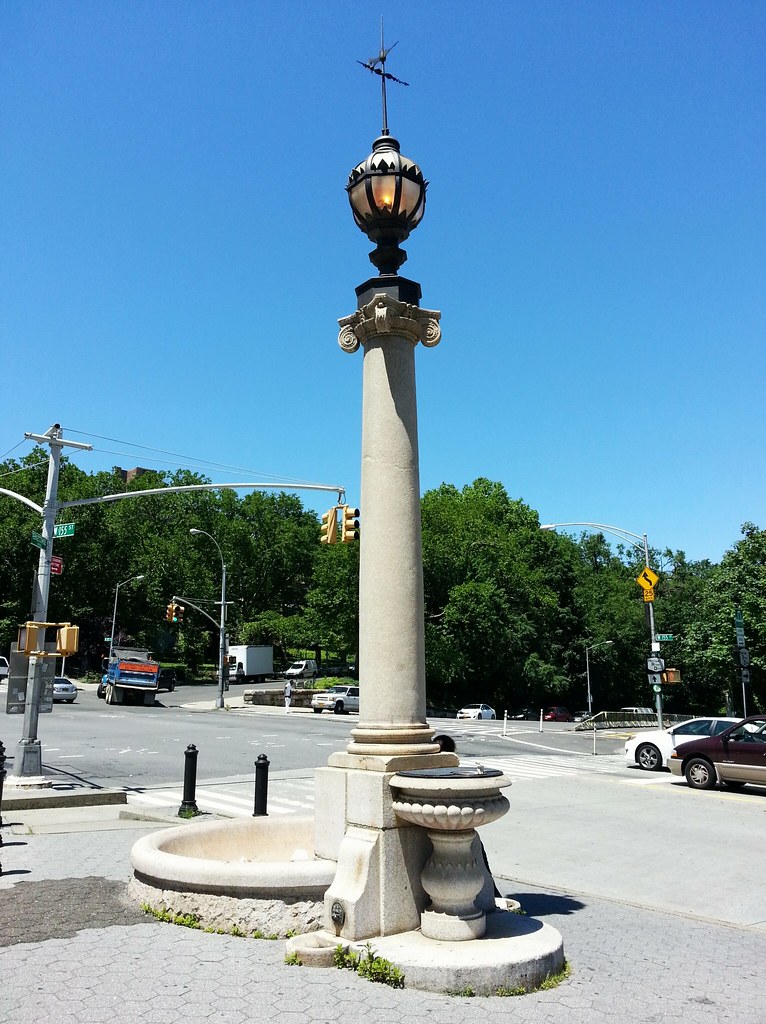 Like the trough we saw outside the ASPCA's old headquarters in Brooklyn, this fountain dates back to the days when thirsty horses filled the streets of New York City. It was built in 1894 with funds willed by the "civic-minded businessman" John Hooper for the construction of two fountains, one each in the then-separate cities of New York and Brooklyn, "whereat man and beast can drink" (note the different basins for horses, dogs, and people).

The Brooklyn fountain was dismantled long ago, as "horse and sturdy ox . . . vanished in a cloud of gasoline exhalations”, but this one held strong, "stand[ing] there in the traffic with the serene inconsequence of a megatherium on Broadway." It was removed and put in storage for two decades after being partially destroyed by an act of column-toppling vandalism in the early 1980s, but it persevered and was eventually restored and reconstructed. There's now a standard water fountain head for the humans, while the horse and dog basins appear to be inoperative. (A couple of lucky equines did get to lap water from the fountain at its 2001 ribbon-cutting ceremony*, however.)

* If you read the linked article, you'll notice a profusion of nicknames in use — classic Henry (StarQuest) Stern.