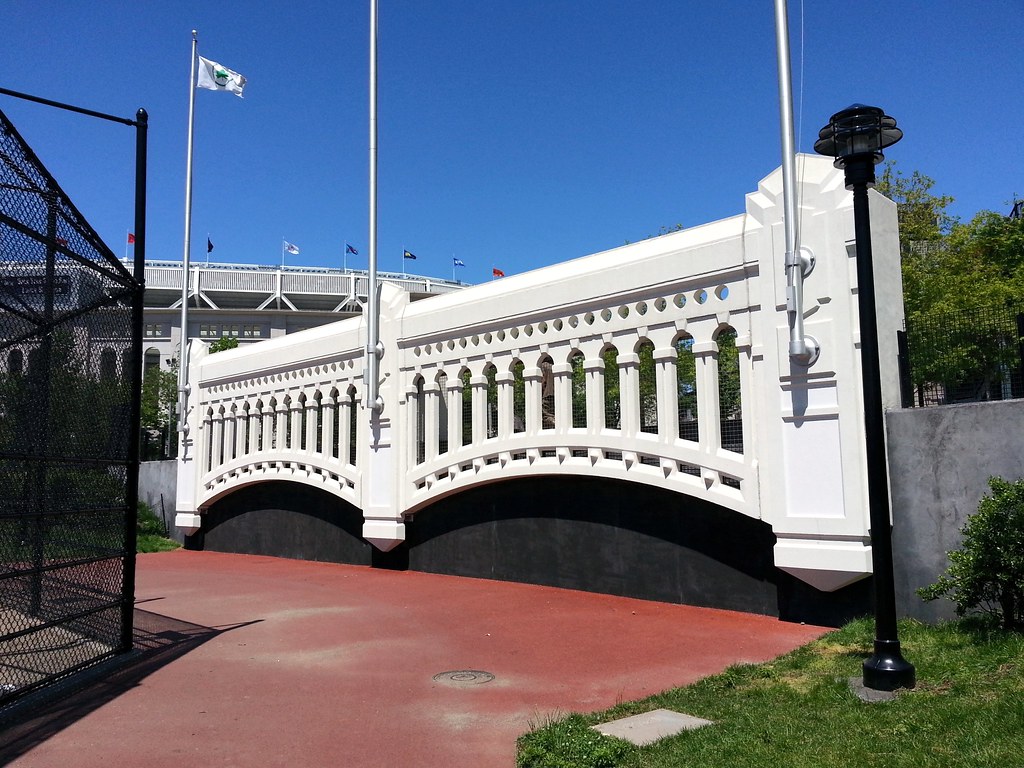 No feature of the original Yankee Stadium defined its architectural look more than the gently curving frieze that crowned the upper deck. The elegant topping of the three-tiered House That Ruth Built oxidized early in its life, but the green patina only made it more memorable.

The frieze cast an unusual shadow on the field in late afternoons and became a part of history when Mickey Mantle hit a home run to right field in 1963 that nearly hit the top of it.

Someone — the architects at Osborn Engineering in Cleveland or the Yankees' visionary owners, Jacob Ruppert and Tillinghast L. Huston — intuitively understood magnificence.

"The shape of it came from out of nowhere," said John Pastier, an architectural critic and expert on stadiums. "It was quite original. It’s not like they copied a classical design."

Philip Lowry, the author of "Green Cathedrals," a well-regarded survey of baseball stadiums, said via e-mail, "Just as shiny bumpers are the jewelry of a car, the third-deck frieze was the ornamental jewelry of Yankee Stadium." He called it unique among stadiums and ballparks that generally "followed a functional rather than an ornamental design."

The frieze lasted 50 years, until it was stripped away during the [stadium's] 1974-75 renovation and replaced by an ersatz version beyond the outfield fence and above the bleachers.

"That was a horrible architectural mistake," Lowry wrote.

Having just crossed the Macombs Dam Bridge over the Harlem River from the former site of the Polo Grounds in Manhattan, I find myself wandering around Heritage Field in the Bronx, a new public ballpark built where the old Yankee Stadium once stood (that's the new stadium visible in the background), looking at a preserved section of the mid-'70s-era concrete replacement frieze, one of many features incorporated into the design of Heritage Field that offer reminders of the baseball legends who once played here.

Turning again to the NY Times:

When the new Yankee Stadium opened in 2009, not even the loudest of Yankee fanatics could drown out the outraged howls over its costly tickets, its tax-exempt financing and, of course, its construction atop two city parks.

But now, in an unabashed bid for redemption, New York City officials have spared no expense to deliver on a long-promised, $50.8 million public ballpark across the street from the stadium to make amends for their part in a bitter struggle over lost parkland that pitted Bronx residents against their most famous neighbor.

Heritage Field opened this week [in April of 2012], more than a year behind schedule, on the site of the old Yankee Stadium — the last of which was demolished in 2010 — and nearly every inch, from the pavement stones underfoot to the three natural grass ball fields, has been elaborately designed to pay homage to the Yankees and their celebrated former home. Even the sod is the same that the Yankees, professional baseball’s biggest spender, chose for their new stadium.