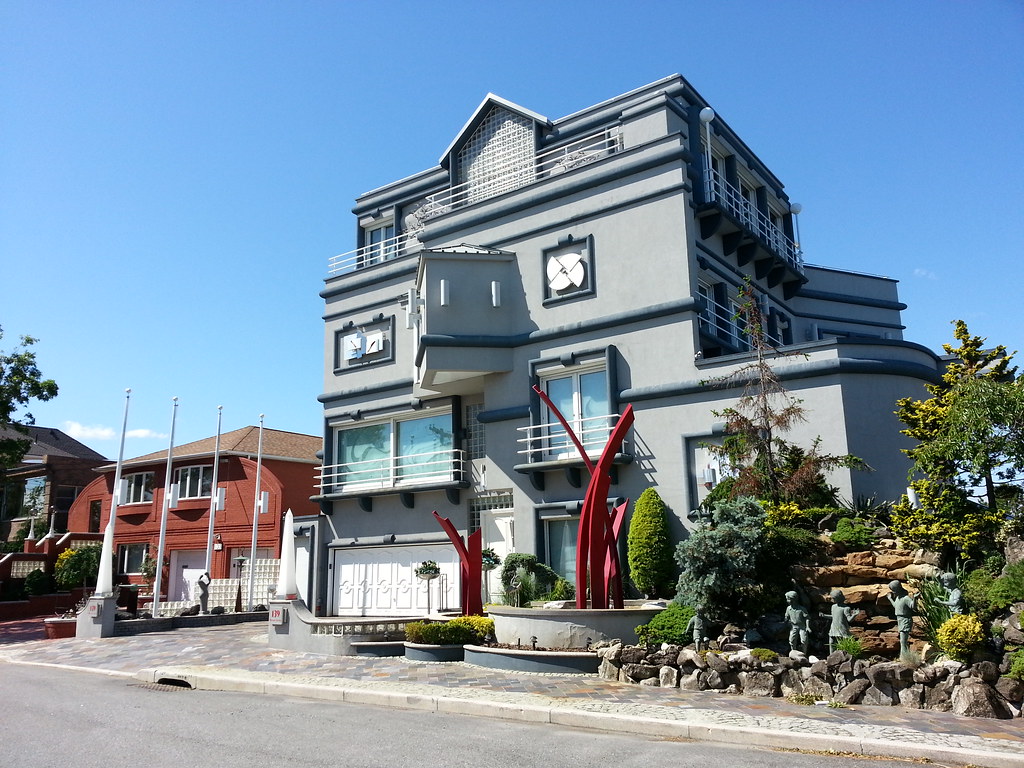 This 7,000-square-foot monstrosity, with its "cruise-ship-meets-mob-mansion" aesthetic, was built by Anthony "Gaspipe" Casso, a former underboss of the Lucchese crime family. (Casso subsequently had the house's architect murdered, fearing the man knew too much about his illegal activities.)

The Turano family (a mother and her two gynecologist sons) later took up residence here, purchasing and extensively renovating the house (hey, somebody had to repair the holes punched in the walls by FBI agents looking for bodies) with a boatload of dirty money from their intimate companion Carl Kruger, a currently imprisoned former state senator who spent much of his time with them here in "the most unconventional of domestic arrangements — at once public and opaque, widely whispered about and poorly understood."