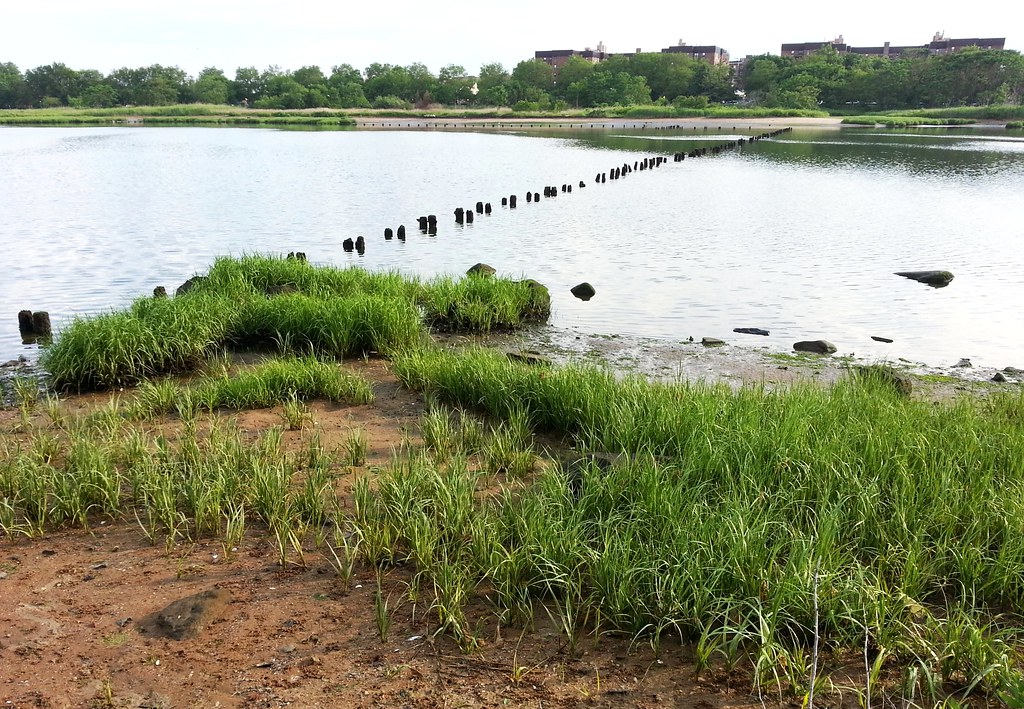 According to the Parks Department, the first tide-powered mill in North America was built here on Gerritsen Creek in the mid-1600s by Hugh Gerritsen. It stood on the far side of the creek, and wooden pilings from its dam are still visible at low tide. (I initially thought the pilings in this photo were remnants of the dam, but that's not the case, as pointed out in the comments below. This 1924 aerial image clearly shows the dam located a few hundred feet south of here.) It's said that the mill supplied George Washington's troops with flour during the Revolutionary War, and that it was also captured and used by Hessian troops fighting for the British. It remained in operation until 1889, and was still standing as recently as 1935, when it was burned down by vandals. You can see photos of the mill in its later days here and here.