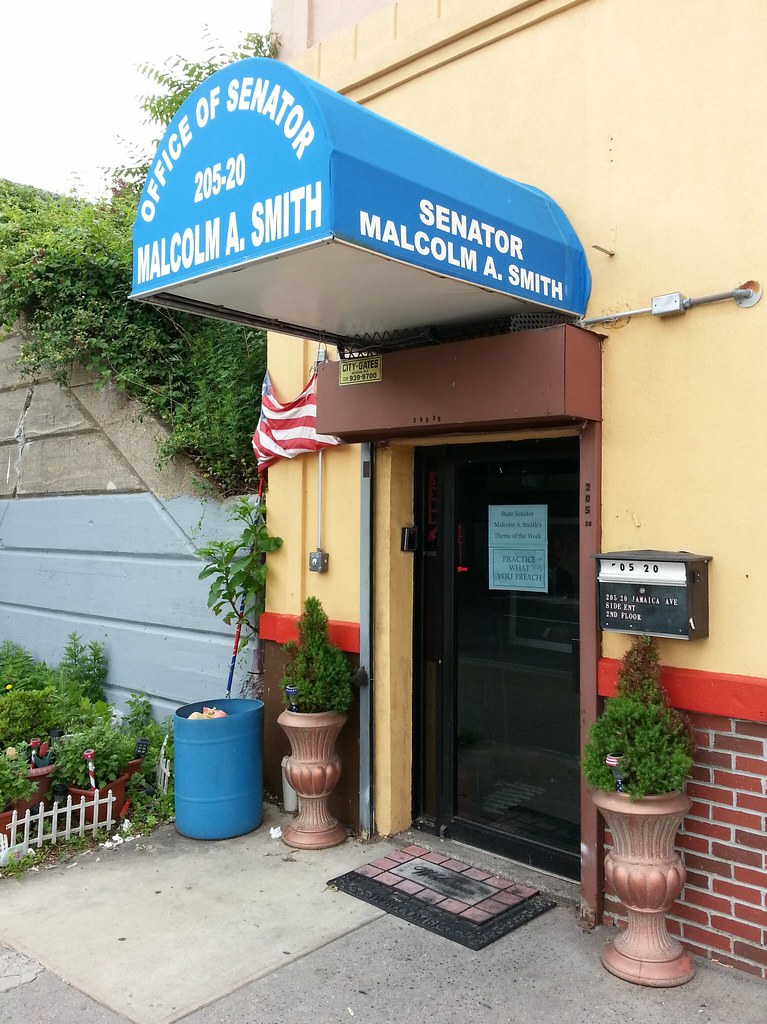 State Senator Smith, a Queens Democrat, was arrested a few months ago for allegedly attempting to bribe his way onto the Republican primary ballot for the upcoming mayoral election. As an NY Times article from April put it: "The arrest of State Senator Malcolm A. Smith on Tuesday followed a string of corruption cases involving elected officials in New York State that has helped burnish Albany’s reputation as an ethical cesspool."

The sign on the door reads: "State Senator Malcolm A. Smith's Theme of the Week: PRACTICE WHAT YOU PREACH".