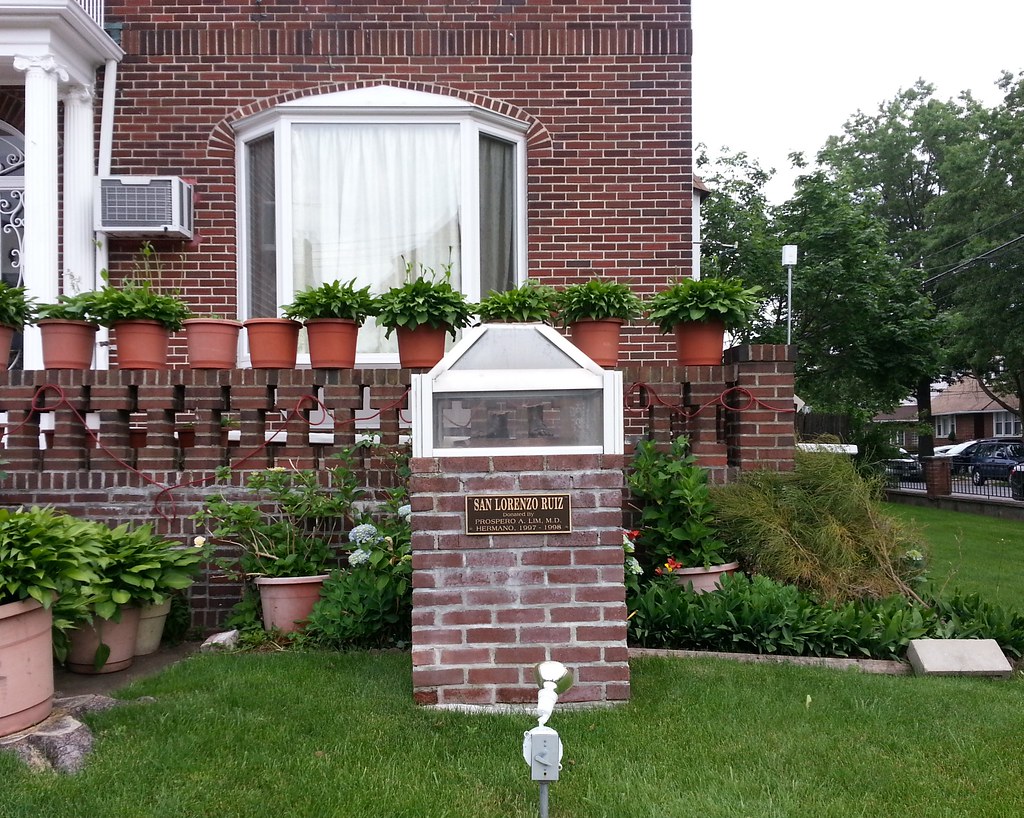 In reading about San Lorenzo Ruiz, the first Catholic saint from the Philippines, I learned that he was tortured to death in 17th-century Japan, hung upside-down from his feet. Is this bipedal sculpture (here's a closer look) standing outside the San Lorenzo Ruiz and Scalabrini Center a symbol of his martyrdom?

It's a symbol of his modern-day martyrdom, at least. It turns out that this was once a full-body statue of San Lorenzo, but the above-the-ankles portion was cut down and stolen back in 2008. When people offered to help replace the statue, the center's director turned them down, saying:

We are really overwhelmed by the generosity of the public. But we cannot accept the offer unless we see a miracle on what to do . . . The remaining feet will be preserved. We will make a decision later whether to replace it or not. It is not the money but the spirit. There’s a message that remind us that we should no longer complain. San Lorenzo was tortured to death upside down and had been used to suffering.