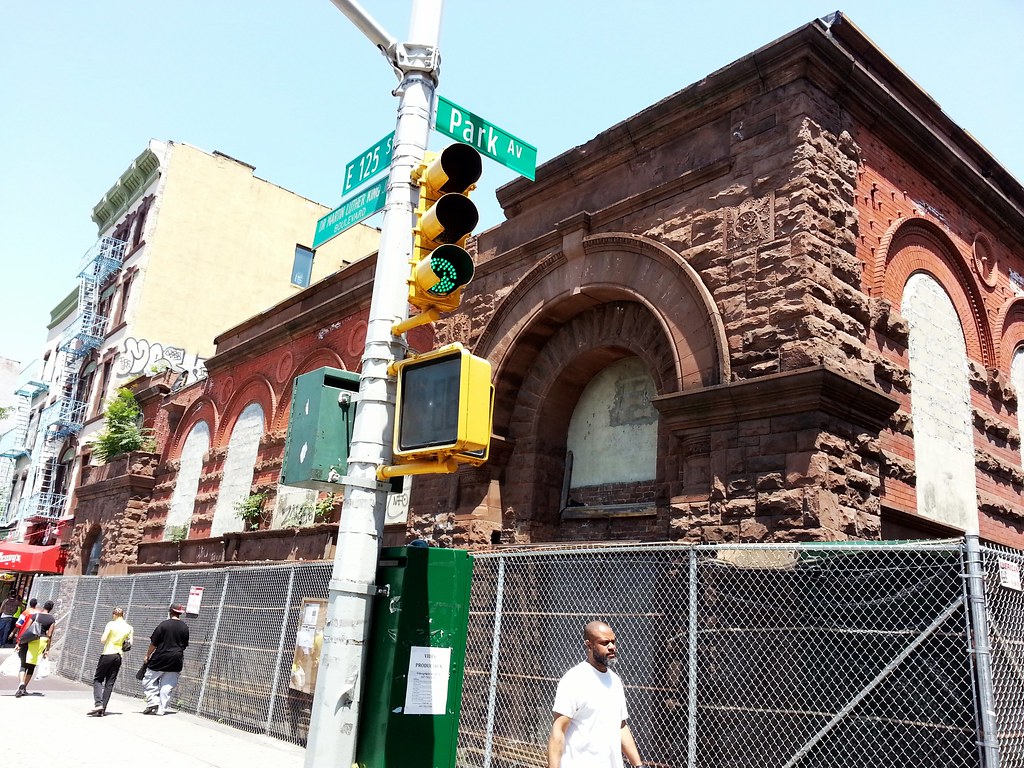 It's possible that the old Mount Morris Bank Building at Park Avenue and 125th Street has never looked sorrier. And that's saying a lot, since the abandoned building — an official city landmark — has been in a downward spiral for four decades, including the demolition of its upper floors in 2009 before they collapsed on their own.

But it's also possible that its decline has ended. At least, that's what officials of the Landmarks Preservation Commission and the Economic Development Corporation hope, as plans are prepared under which Artimus, a development and construction concern, is to build a new six-floor structure that would rise from the existing monumental base — as impressive a ruin as New York can conjure — which would be preserved and rehabilitated.

You can see photos of the 1883 structure in its better days here.

The bank was acquired by the Corn Exchange Bank in 1913, and later played an important role in the capture of Bruno Richard Hauptmann, who was subsequently convicted and executed for the kidnapping and murder of Charles Lindbergh's baby. A $10 gold certificate used to pay the ransom was discovered by a teller here on September 18, 1934. Hundreds of ransom bills had already been passed and identified without any solid leads emerging, but this one contained an extra bit of information. The gas station attendant who received it as payment, suspecting it might be counterfeit, scribbled onto its margin the customer's license plate number. The certificate was genuine, of course, but the license number led the authorities directly to Hauptmann.