Turtle and duck: an aquatic alliance 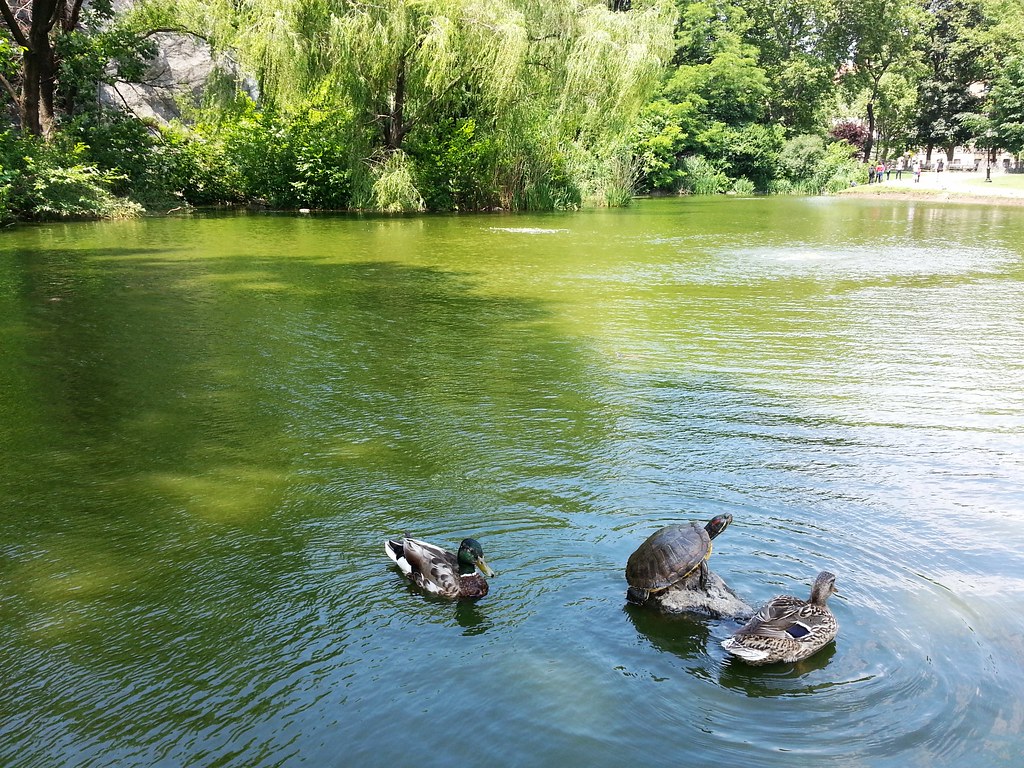 I saw several turtles swimming around today, but apparently there are dozens living in the pond here in Morningside Park, a population consisting largely of former pets and their descendants.

I had always assumed that this pond had been around at least as long as the park, but it turns out it didn't exist until 1989 or so, when it was constructed out of a two-decade-old excavation crater that resulted from neighboring Columbia University's failed plan to erect a gym in the park. The gym would have had separate facilities for the student body and the public (consisting of the mostly black residents of Harlem); it was thus dubbed "Gym Crow" by some of the protesters who eventually succeeded in preventing it from being built. The anti-gym movement was one of the major components of the 1968 student protests at Columbia.