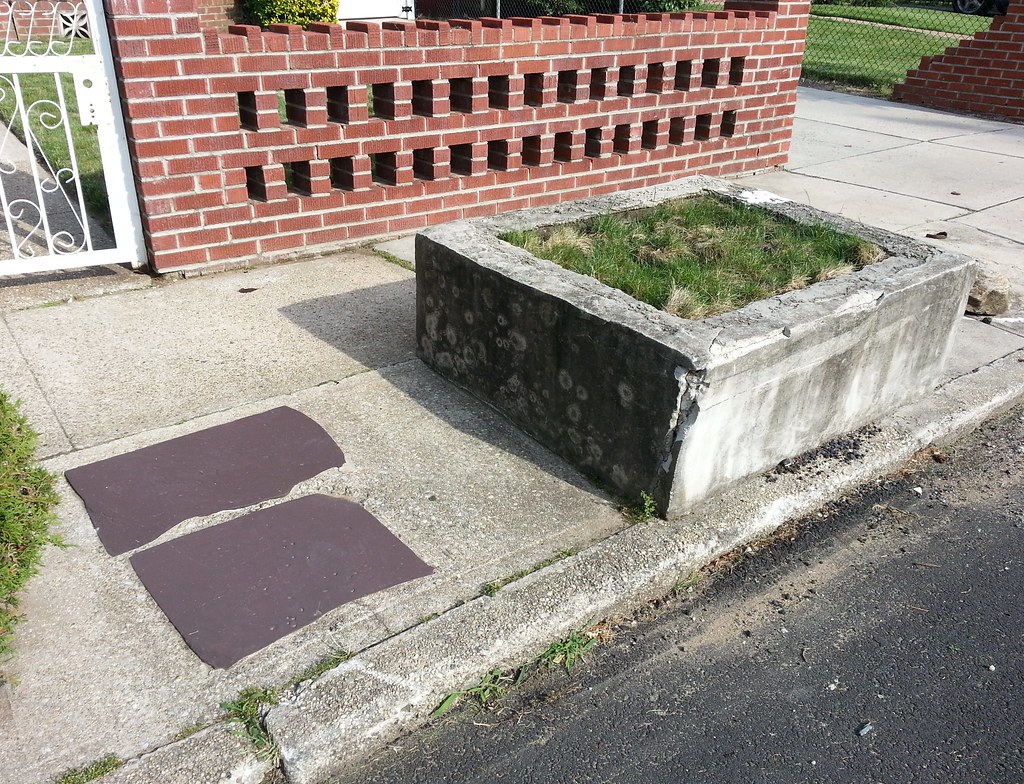 It looks quite similar to the first one we saw just off of Kings Highway in Brooklyn. The horse trough hypothesis still seems like wishful thinking, and most of the streets in the northern part of Laurelton (including this one) were not built until after the age of horse travel, but it's worth noting that we're only two blocks from Springfield Boulevard, which is sufficiently old to have once had thirsty equines trotting its course.