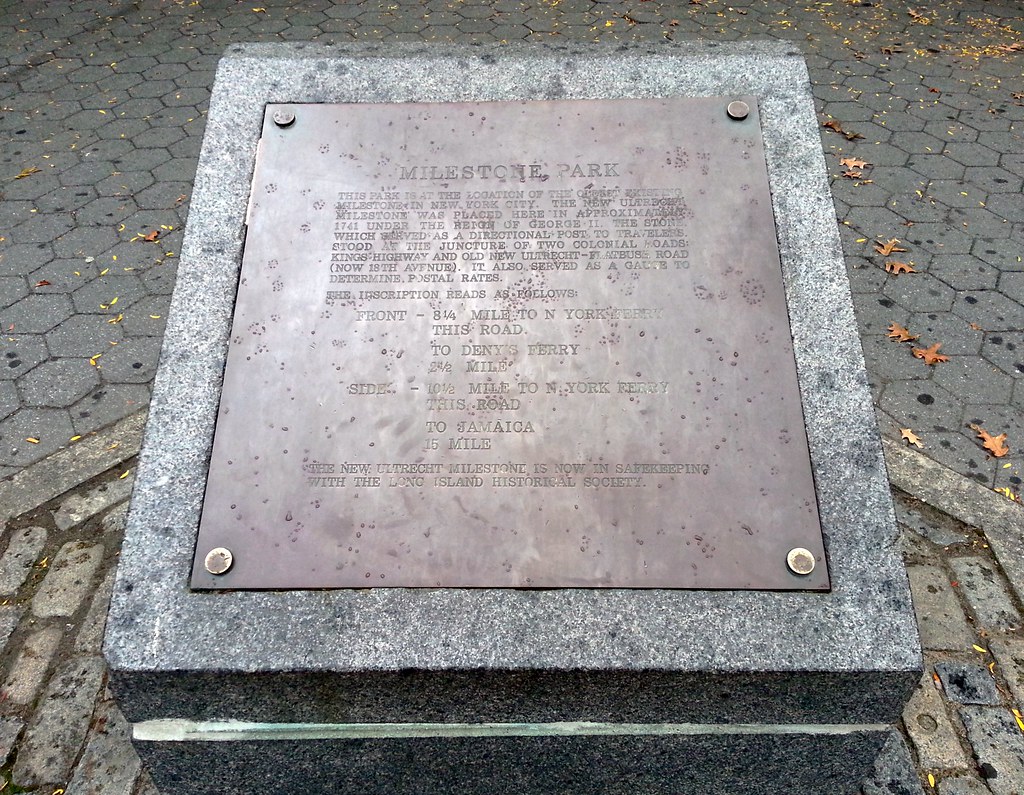 The plaque reads, in part:

This park is at the location of the oldest existing milestone in New York City. The New Utrecht Milestone was placed here in approximately 1741 under the reign of George II. The stone, which served as a directional post to travelers, stood at the juncture of two colonial roads: Kings Highway and Old New Utrecht–Flatbush Road (now 18th Avenue). It also served as a gauge to determine postal rates.

This property, long owned by the Van Pelts, was deeded to the city for one dollar in 1910 by a family descendant under the "express condition that the said premises be used and maintained as a site for exhibiting and preserving thereon a certain old Dutch milestone." The city has seemingly reneged on this deal, however: the milestone has been removed to the Brooklyn Historical Society. The Parks Department claims that a replica of the stone now stands in the park, but it was nowhere to be seen today.