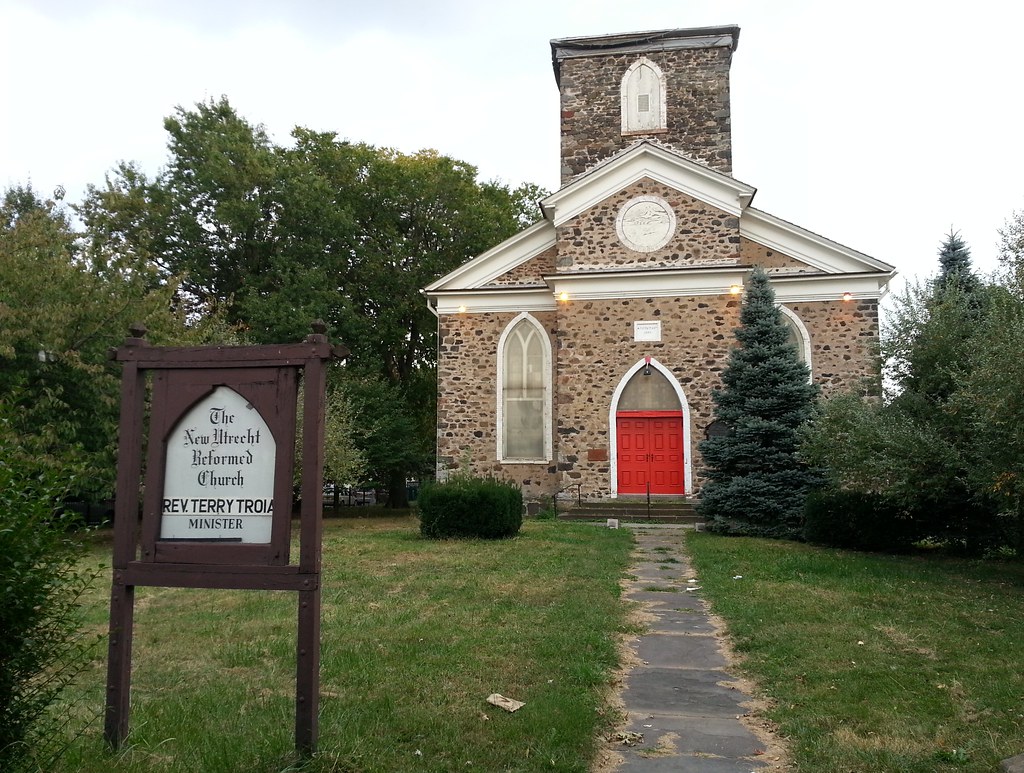 This church was established in 1677, and its first church building was put up a few blocks away in 1700 using stones originally brought over as ship ballast from Holland. The current building, above, was constructed in 1828-29 using those same stones from the first church. Just out of frame to the right, still topped by the original eagle and weathervane, is the sixth incarnation of the liberty pole that was erected in 1783 to celebrate the withdrawal of British troops at the end of the Revolutionary War. (84th Street, at its intersection with 16th Avenue adjacent to the church grounds, has been co-named Liberty Pole Boulevard.)