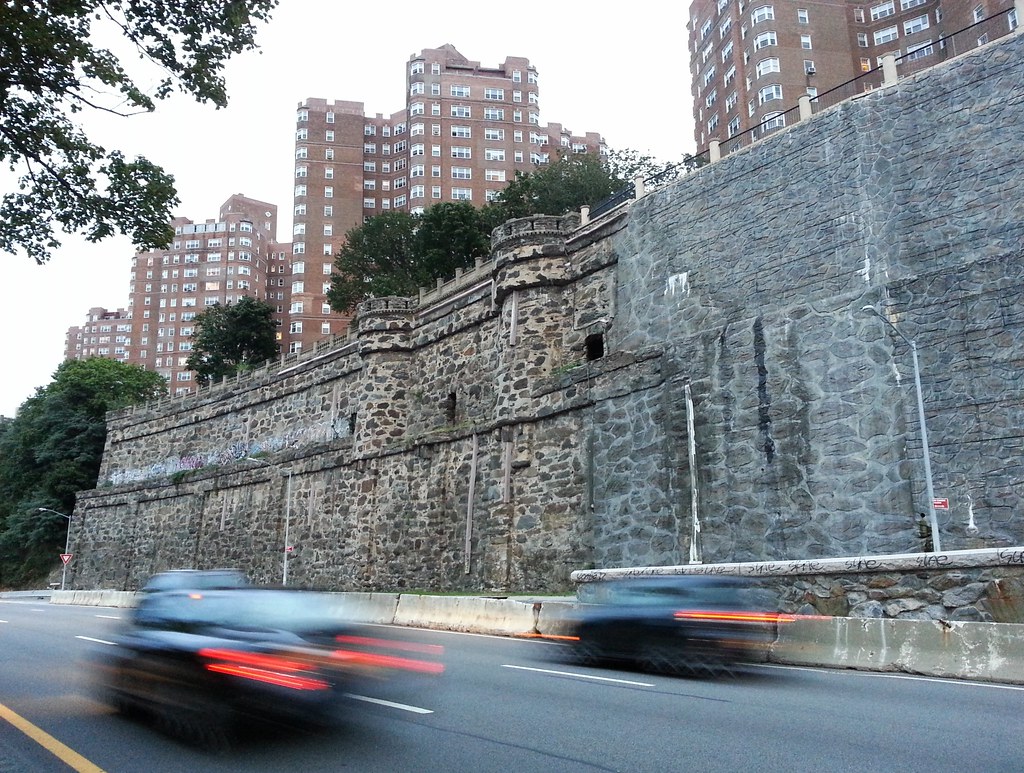 Just beyond the George Washington Bridge, the gargantuan retaining wall of the co-op Castle Village was reconstructed in 2007 after its astonishing collapse in 2005. It was erected around 1909 by Charles Paterno, who perched his castellated mansion and extensive grounds at the top.

The co-op rebuilt the wall with concrete panels made to imitate real stone. It is hardly convincing, but a noble effort nonetheless. Gerald Fingerhut, the co-op's board president, recognizes its shortcomings, but says "the reconstruction was $26 million we didn't have — we spent several hundred thousand to make it look better, and we can’t even see the wall."