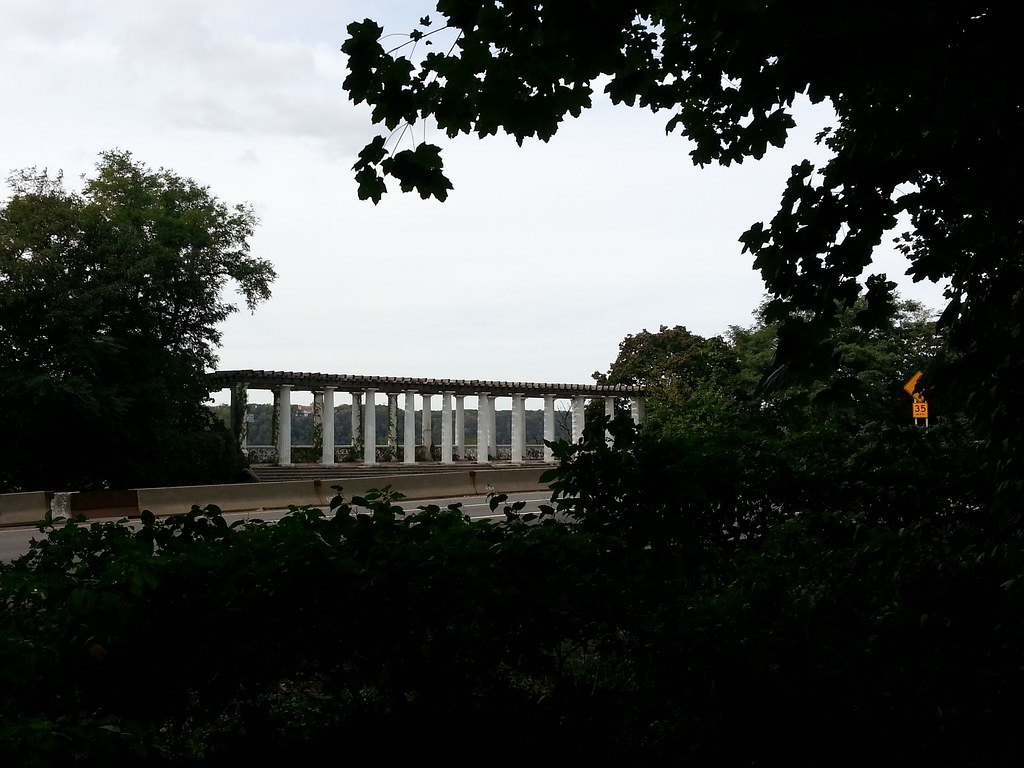 This neoclassical roadside shelter at Inspiration Point on the Hudson River was "built in 1925 as a destination point for promenaders and pleasure drivers." Here's a photo from its early days, when it had a lower level with restrooms open to the public.

Not surprisingly, this scenic area was apparently once a popular lovers' lane: a 1920 NY Times article described Inspiration Point as "a mecca for automobile 'spooners' " and reported on one magistrate's attempt to crack down on the practice by instituting ten-day jail sentences for those caught in the act.

The roadside shelter is no longer accessible from the road; it can only be reached from the recreational path running beside the Henry Hudson Parkway. It's also not much of a shelter anymore, as its roof was replaced with an open, arbor-like structure during a much-needed restoration in the 1990s.