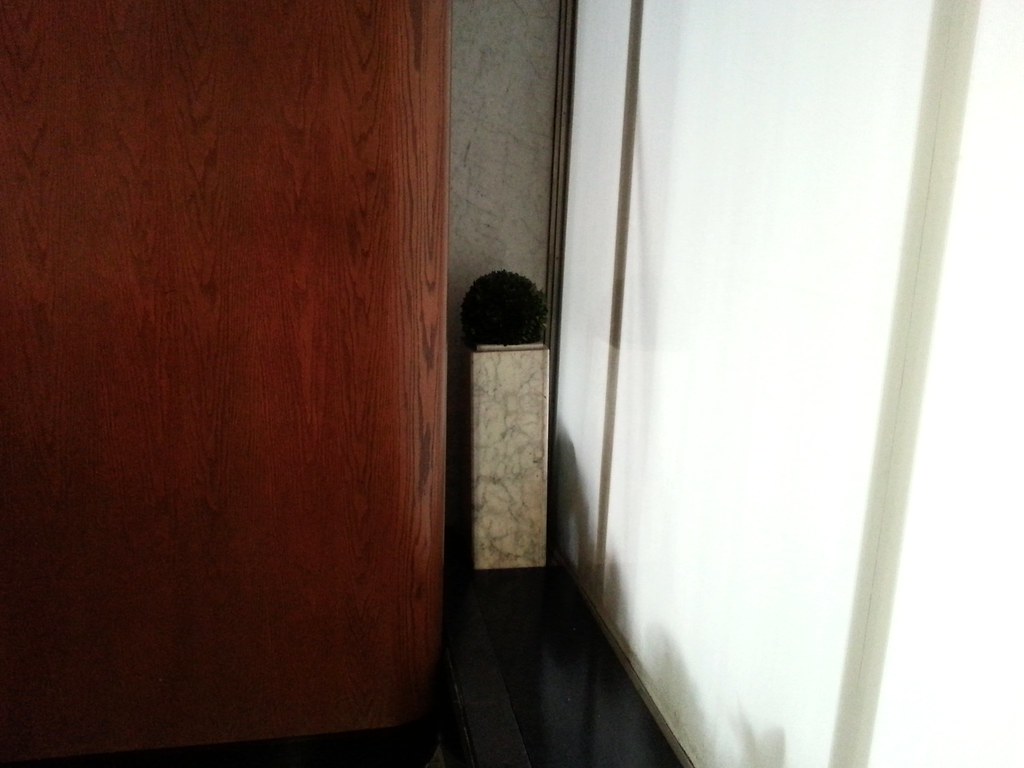 Until two years ago or so, this little stone column in the lobby of 2 Fifth Avenue, an apartment building by Washington Square Park, had a tall glass tube mounted atop it, forming an odd-looking, enigmatic fountain that reportedly flowed (on the occasions that it actually did flow) with the waters of the long-buried Minetta Brook.

Minetta Brook (also called Minetta Creek) was originally an aboveground waterway that ran through Greenwich Village on its way to the Hudson River (map). It was eventually covered over in the 19th century and incorporated into the city's sewer system. No one is sure exactly where the various sources that once fed the brook have now been routed (scroll down to the last section), or if they even still exist, but there have long been reports of flowing water being discovered during building excavations in the area, and of water seeping into nearby basements.

Reasons for the demise of the fountain above vary from source to source. Some say it was taken down during renovations and never reassembled. One doorman in the building told me it had dried up long ago, while another said it was so loud that the people upstairs complained.

2 Fifth Avenue wasn't the only building to pay tribute to the historical waterway with a fountain. The apartment hotel that once stood at 33 Washington Square West also had a supposedly Minetta-fed fountain in its lobby, sculpted by the same artist who carved Mount Rushmore. The dedication ceremony of this fountain in 1930 was apparently a big enough deal to be broadcast nationally over the radio.